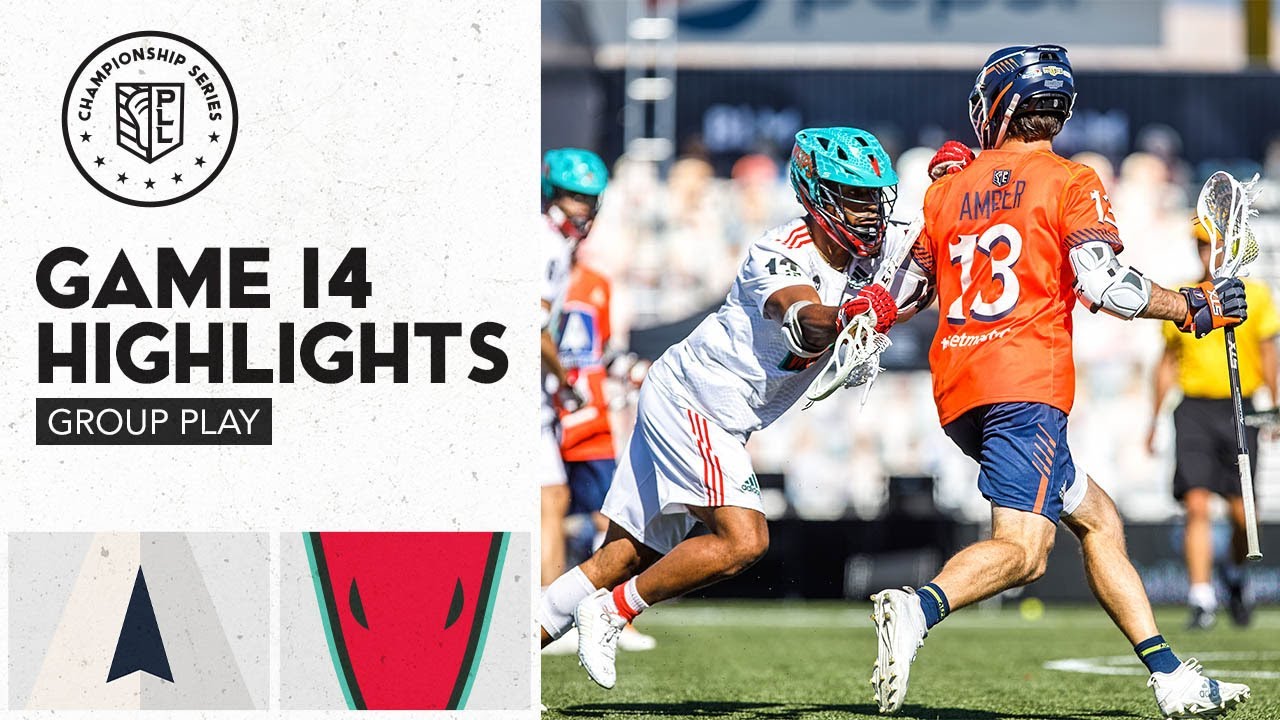 HERRIMAN — The bracket is set for the single-elimination tournament of the Premier Lacrosse League’s Championship Series at Zions Bank Stadium.

Once again, the defending champions are on top.

Matt Rambo had two goals and eight assists to help Whipsnakes pull away from the Archers, 17-11 to the top seed and a first-round bye in the seven-team league’s championship series Sunday.

With the win, the unbeaten Whipsnakes clinched the No. 1 seed in the knockout tournament and a bye into the league semifinals Thursday.

“I guess both,” Rambo told NBC Sports when he asked which was better. “A lot of guys are tired, and we just played three games in four days while it’s super hot out here.

“We’re just trying to come out and play our best Whipsnakes ball.”

The three quarterfinals of the single-elimination knockout tournament are as follows:

The Elimination Round is set. pic.twitter.com/dBZZKuN4p3

In a battle of the top two goalkeepers in the Premier Lacrosse League — Archers goalie and University of Utah assistant coach Adam Ghitelman ranked second to just Whipsnakes’ Kyle Bernlohr with a 67% save percentage — the two teams combined for five goals at the end of the first quarter, and the scoring didn’t let up Sunday.

Utah assistant coach Will Manny, who has six goals and four assists in the series, gave the Archers a 4-2 lead on the first offensive possession of the second period. But reigning league MVP Rambo had two goals and three assists in the second quarter to lift the PLL champion Whipsnakes to an 8-6 halftime advantage.

As defending league champions, Whipsnakes were expected to be on top of the league after pool play.

Archers, perhaps, not so much. They were a .500 record a year ago and held the No. 1 overall draft pick for a reason, after all.

But many of those losses came by one goal, and the first week of the Championship Series saw many of those close losses begin to equalize with one-goal wins en route to a 3-0 start.

“We’ve been lucky to come away with some one-goal wins, and I think that’s big for our confidence,” Ryan Ambler told PLL media after scoring the game-winner in an overtime victory over Chrome. “But I think that we’ve tried to stay as humble as we can, and stick to our principles of playing hard and taking it one game at a time, one day at a time.”

Perhaps just as impressive, the league finished the group stage of its season tournament without a confirmed case of COVID-19. All 256 individuals inside the league’s bubble at the Zions Bank Real Academy — colloquially called “PLL Island” by those inside — tested negative for the novel coronavirus, according to all three rounds of testing through July 25.

The 256 tests were conducted among players, coaches, referees and league staff for a tournament played entirely without fans or media in attendance.

The Archers, who finished 5-5 after the PLL’s inaugural season of 2019, retooled in the offseason with a handful of key acquisitions. Not the least of them were Grant Ament, the No. 1 overall pick in the 2020 college draft from Penn State who became the first player in the Championship Series to reach double-digit assists Sunday.

Ament ranks second to Rambo in the PLL with 17 points, including six goals and 11 assists. Rambo passed him up with 15 helpers after his eight-assist performance Sunday.

“He’s special. I’ve never really seen a rookie come out of college with the skill level he has, to be honest,” Manny told KSL.com of Ament. “He was the best feeder in college lacrosse the past four years, and he fits the mold of our Archers team perfectly. It’s going to help our team tremendously.”

Here are the final league standings after four games of group play: