Kaysville homeowners were grateful for a quick response by firefighters and neighbors after police said a woman set fire to five lawns. (Mike Anderson, KSL TV) 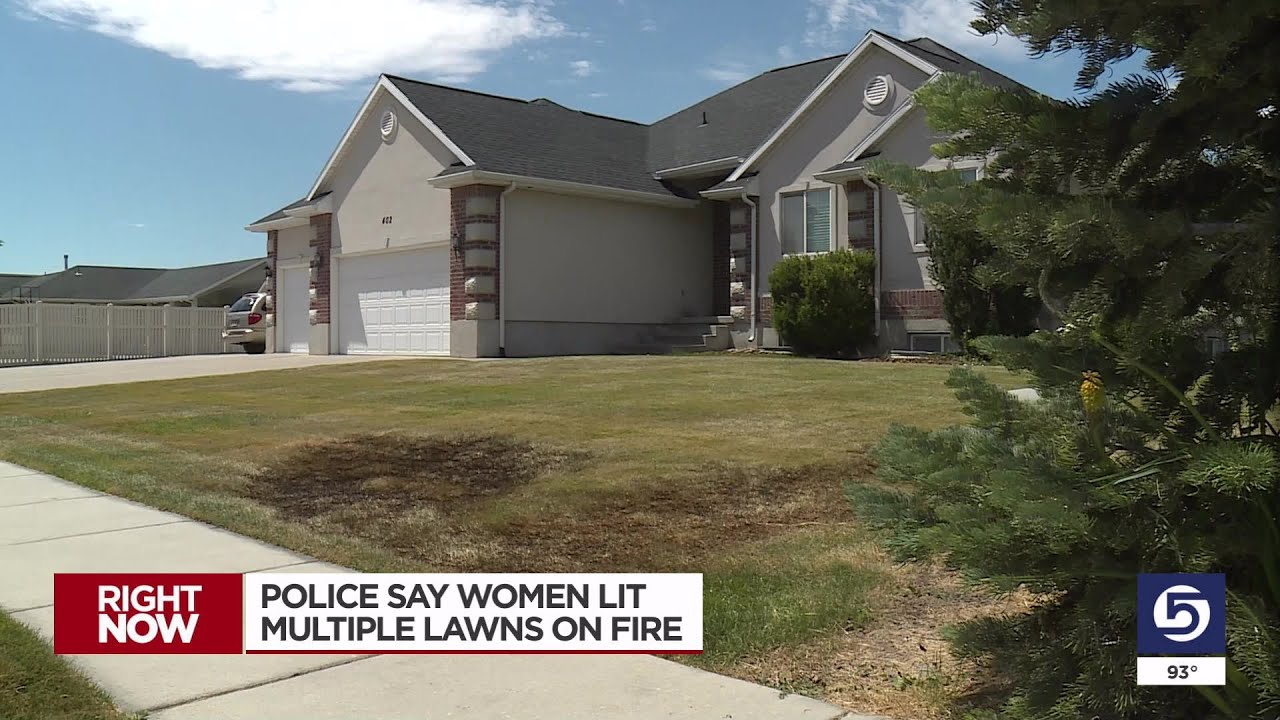 KAYSVILLE — Some Kaysville homeowners were grateful for a quick response by firefighters and neighbors after police said a woman set fire to five lawns.

This all happened Sunday afternoon. All the burns were pretty small, but one of them burned right next to trees and a lot of brush.

"Really nervous because it was a little windy and it's been very dry," said Brett Garlick.

The brown grass outlines the concern.

"Who knows what could have started on fire, so not a great idea," he said.

Garlick said his daughter first spotted smoke in their neighbor's yard. But they hadn't noticed the black mark alongside their home until he checked the surveillance video.

Kaysville Police say this woman set fire to five lawns on July 4th. If you look closely in this video, you can see the grass smoldering. Hear how homeowners and firefighters were able to put them out quickly, on @KSL5TV at 5. pic.twitter.com/aMPpy11p27

"I was really angry," he said. "I mean, somebody in broad daylight, to walk by my yard, saw a dry patch and turned around."

KSL-TV has chosen not to identify the woman because mental illness is a potential contributing issue, but as she walks away from Garlick's lawn, you can see the grass smoldering.

"It's unbelievable that somebody would do something like that," he said.

In all, police said five lawns were burned. Some neighbors told KSL-TV's Mike Anderson off camera that a couple of them were able to quickly stomp out some of the fires.

"Our neighbor just to the east of us knocked on our door. We opened up the door and he told us that our lawn was on fire," said Alan Warnick.

The grass will come back, but each of the homeowners said the potential for loss was huge.

"And the fact that it's like, we've been trying to conserve water and haven't been watering our lawns and trees, so everything is a little bit dry, and we're worried that it will spread quickly," said Jennifer English.

English had arguably the largest threat in the common area next to her house, but she said by the time she realized what was going on, firefighters had already put it out.

Garlick said with the heat and wind, it was bad enough having to worry about fireworks.

"And so, to have an arsonist on top of that, pretty sad," he said.

The woman was eventually spotted walking along I-15, where she was arrested by Utah Highway Patrol.

She was booked on suspicion of arson and reckless burning.