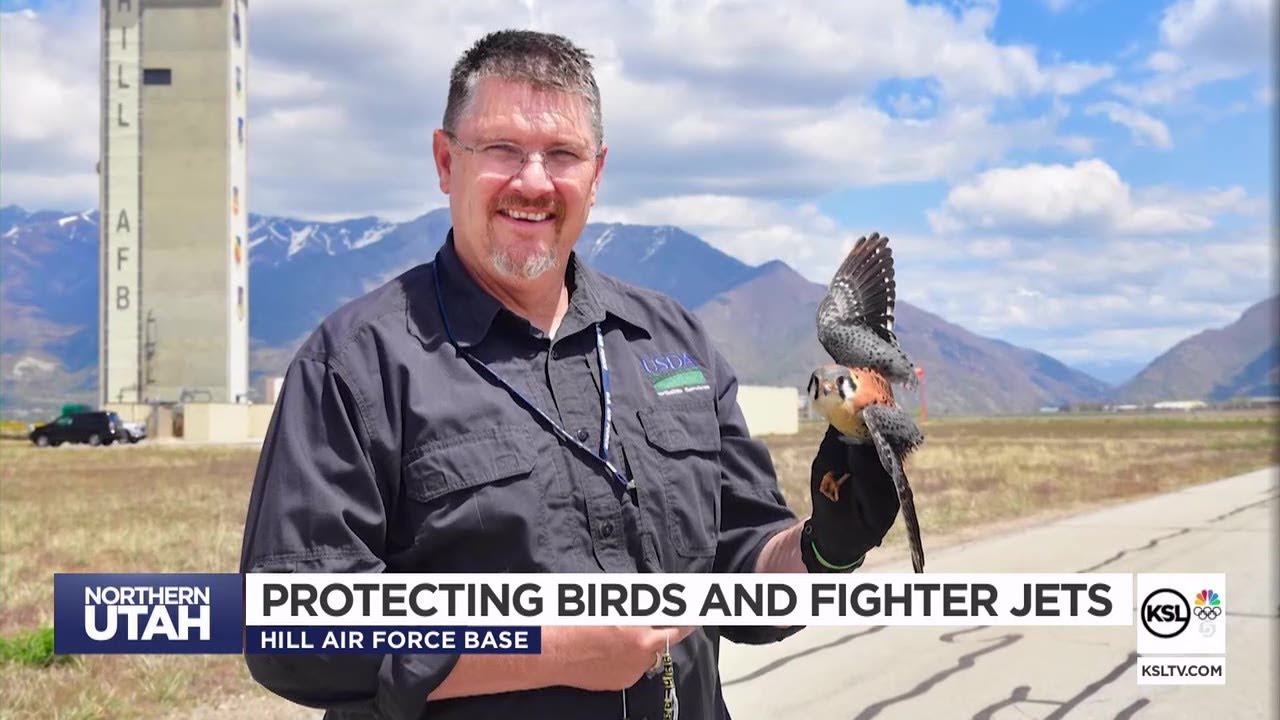 OGDEN — Collisions with birds can cost the Hill Air Force Base hundreds of thousands of dollars, not to mention the potential loss of life. That's why the base teamed up with the United States Department of Agriculture to clear them out and help relocate some of the protected, predatory birds.

Some noisy fireworks are often enough to clear most birds, but the raptor species that prey on smaller birds, can take a little more work.

That's why a couple of biologists on base began working to safely capture and relocate them.

When it comes to protecting aircraft from larger birds, it's the pigeons who usually do a lot of the work.

"We have Stanley and Chase," Tyler Adams, a wildlife biologist, said as he introduced the birds. "Their job is to generate interest for the birds of prey."

"And so when the raptor comes in to investigate, he likes to stand on this perch right here, and it breaks away," said Adams.

He was talking to predatory birds, or raptors, like owls and hawks that have been picked up in traps on the base.

"Ultimately, my job is to persuade wildlife to choose safer habitat," he said. "That's why I come to work every day."

Birds have been known to cause a lot of damage to some very expensive aircraft at Hill.

A running tally since 1995 showed bird strikes have cost the Air Force, as a whole, more than $7 million, and led to 29 human deaths.

"Yeah, birds can cause some serious damage to aircraft and obviously pilots," said Adams.

Hill Air Force Base will conduct F-35 night flying exercises on most weekdays through May 21.

Major Fred Backus, a flight safety officer, said that's a big reason why they partnered with the USDA to clear birds from the runway in a way that's safe for everyone.

Most strikes don't cause damage to the planes, but they can hold up missions and exercises.

"And the experts, they obviously know how to trap, how to relocate — all the fine details of how to keep the wildlife and birds away from the airfields," Backus said.

Since that partnership started in 2011, Backhus said the number of bird strikes has dropped significantly.

On top of that, Adams has enjoyed time with the birds.

"It really is just to see these incredible animals up close and to know that you can have the chance to potentially save its life," he said.

Adams and another biologist take the raptors and relocate them, usually 50 miles or more from the base.