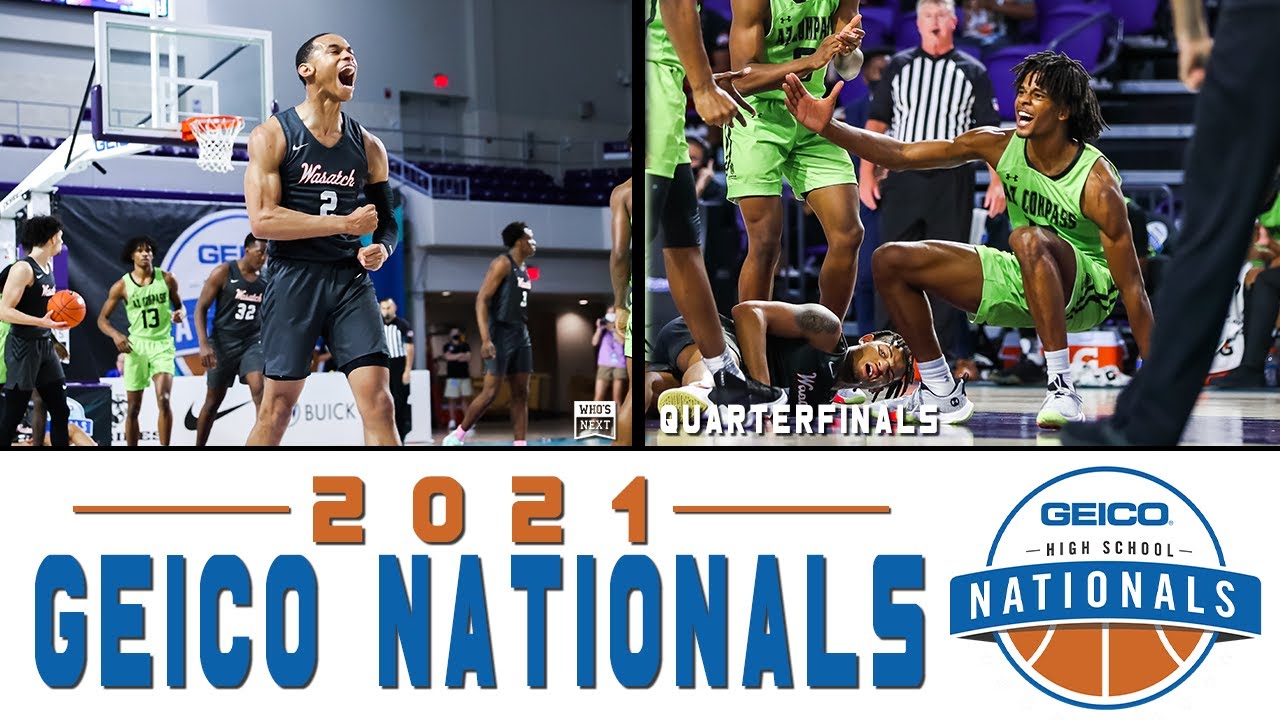 Nolan Hickman was the catalyst, both offensively and defensively.

So when the 6-foot-2 Kentucky signee was forced to the bench with foul trouble late, it spelled trouble for the Tigers.

TyTy Washington, the fifth-rated point guard in the Class of 2021 according to ESPN, filled up the box score with 22 points, 10 rebounds, five assists, two steals and a block to rally AZ Compass Prep from a 10-point second-half deficit to down Wasatch Academy 59-54 on Thursday at Suncoast Credit Union Arena in Fort Myers, Florida.

BYU signee Fousseyni Traore had 20 points, five rebounds, three steals and a block to lead Wasatch Academy (18-7). The BYU signee converted on his first eight shots from the field, most of them set up by Hickman, who finished with 4 points, four rebounds and a game-high nine assists with two steals while playing with four fouls.

"I thought we played a pretty good defensive game," Wasatch Academy coach Paul Peterson told KSL.com. "I wish our offense could've helped our defense a little more. But I thought we did a really good job defensively until they hit a couple of big shots late."

That defensive intensity started with Hickman, who controlled the game on both ends of the court until he picked up his fourth foul around the end of the third quarter.

"Defensively, he was locked in, and offensively, he had us flowing," Peterson said of Hickman, the McDonald's All-American who transferred to the Mount Pleasant-based boarding school for his senior season. "He was really controlling the game before he got that fourth foul, and then he started cramping."

Five-star junior Richard "Pop" Isaacs Jr. added 10 points, four rebounds and four assists, and Ohio State commit Roddy Gayle Jr. had 7 points and three rebounds for Wasatch Academy, which jumped out to a 14-7 advantage after the first quarter and led 27-18 at halftime.

Wasatch led by as much as 14-4 early, getting 5 points from Armbrester and 4 points and two assists from do-everything Hickman.

The fifth-seeded Tigers held AZ Compass Prep to just 15.4% shooting in the first quarter en route to a 14-7 advantage. No player made more than one shot in the opening frame, while Wasatch forced five turnovers on 19 Dragons' possessions in the quarter.

The Tigers held Washington, the No. 34 rated recruit in ESPN's Class of 2021, scoreless on his first six shots, including 0-for-3 from 3-point range. The 6-foot-3 point guard from Laveen, Arizona, drained his first 3-pointer of the game with 3:11 left in the half to pull the Dragons within 1 point at 16-15. But BYU signee Traore hit back-to-back layups and added a rim-rattling dunk from Hickman to pace an 8-0 run in response en route to a 27-18 halftime advantage.

Traore had 12 points and two rebounds at the break, and Armbrester added 8 points, including a buzzer-beating 3-pointer that gave Wasatch Academy its then-game-high 9-point lead at the half.

"As the game went on, it kind of worked its way into Fouss' territory," Peterson said. "They started looking for him as they were driving, and I thought he did an amazing job. For him to go out like that as a senior, I'm proud of him."

But the Dragons didn't go away.

Washington capped an 8-0 run that pulled AZ Compass within 2, 37-35 with 2:03 left in the third quarter, holding the Tigers scoreless for nearly three minutes late in the period. The former Creighton commit then banged home a 3-pointer from the right elbow with three seconds left in the quarter to equalize for the Dragons, 38-38 to start the fourth quarter.

AJ Storr capped a 5-0 run midway through the fourth to give the Dragons their first lead of the game, 43-42 with 5:46 remaining. Wasatch Academy converted on just 1-of-1 field goals during a three-minute span in the fourth, when Washington capped a 7-0 run with a jumper with 4:52 to go. Gayle, a junior who has committed to Ohio State, pulled the Tigers within 1, 45-44 just 20 seconds later.

With Hickman limited down the stretch due to foul trouble, Washington proved to be too much. One of the top uncommitted players in the Class of 2021, Washington left his stamp on the game in every way, dishing out back-to-back assists during a 17-4 run over 6:22 that helped AZ Compass Prep push its lead as high as 11, to 55-44 with 1:21 remaining in the win.

Richard Isaacs drives to the middle and finds @Robbiearmbreste in the corner to go into the half‼️🎯👌🏽 @WATigersBB#GEICONationalspic.twitter.com/hdCxiOYM7x

The Tigers played some of the top teams in the state — Lone Peak, American Fork, Timpview, Layton Christian and others — while also competing against national powers like Montverde, Oak Hill (Va.) and La Lumiere (Wisc.), and did so in 2020-21 without a single home game while playing in controlled-environment, heavily tested tournaments due to the COVID-19 pandemic.

They also did it with a first-year, first-time head coach in Peterson, a BYU-Hawaii product who played professionally in England, Germany and Serbia. The former Pleasant Grove High assistant took over for David Evans a year ago, and jumped into his first job alongside assistants Anson Winder and Quinn Nielson to run a season unlike any other.

"For a first-year coach and the hardest schedule in school history, and dealing with COVID, I am grateful that we were able to make it to GEICO and compete," Peterson said. "I told the boys after the game that I'm full of gratitude. I was learning on the fly, just like they were, and both of us made adjustments. It was good teamwork, and I'm glad that they were able to rock with me and help me adjust to being a head coach."