Have You Seen This? Mom finds two huge hatches of spiders in daughter's room 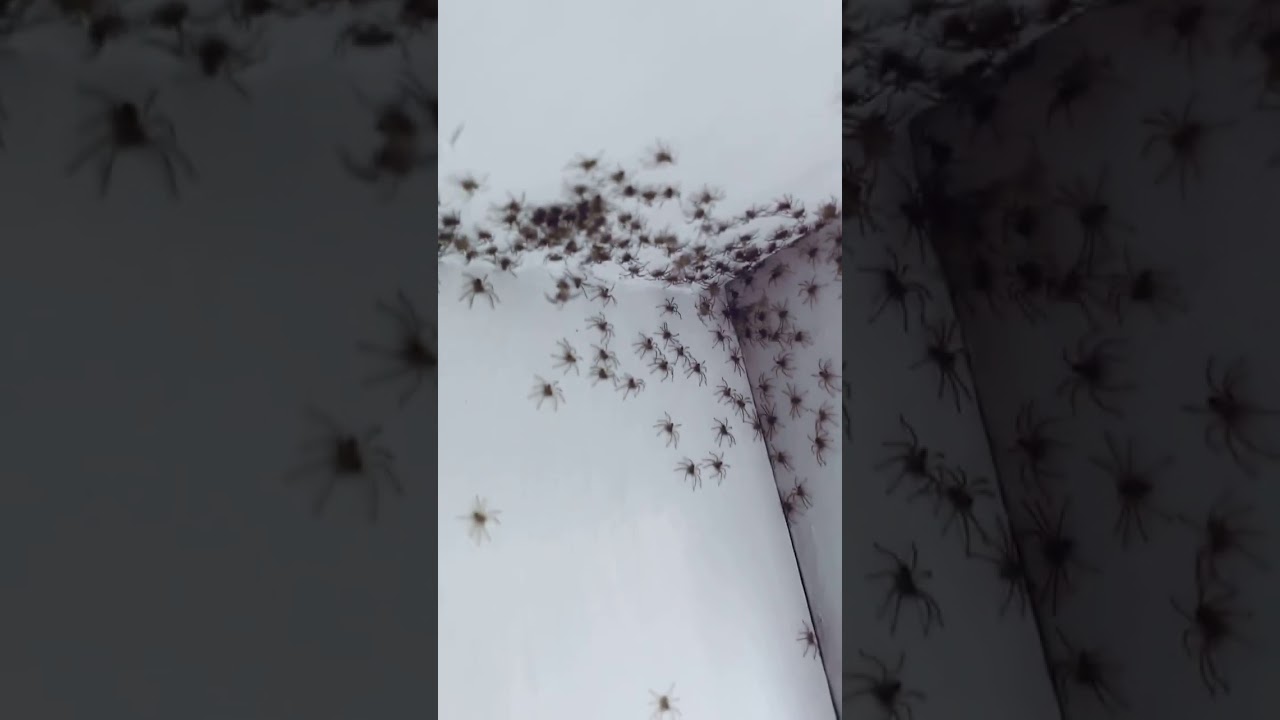 YouTube: 'Shall We Burn the House Down?' Mom Finds Two Hatches of Spiders in Her Daughter's Bedroom

AUSTRALIA, OF COURSE — When I was about 9, I was at a friend's house and we were playing in the backyard.

His younger brother was in the corner of the yard near some bushes and started yelling at us to come over. We did, and he pointed out that he found a garter snake. The thing wasn't very big or dangerous, but I didn't care.

While my friend and his brother were admiring the thing, I ran into the house. Once inside I not only shut the door, but I locked it. I then left and refused to return to that house for months.

What I'm trying to tell you is if a small garter snake could have that effect on me, then imagine what I would have done had I been in this house in Sydney, Australia.

Not only would I have left the premises, but I would have boarded a plane never to see the Land Down Under ever again. In fact, I would have done exactly what the woman in the video suggested and burned the place to the ground.

In the video, a mom shows us a hatch of spiders found in her daughter's bedroom. Calling it a hatch doesn't do it justice, but it's like a small army of creepy crawlies. Then the woman pans the camera to the left to find an even larger hatch on the other wall. Really, the video culminates in a whole lot of nope.

I have no doubt that Australia is a beautiful place, but if I couldn't handle a small, non-venomous snake in a backyard in Sandy, Utah, I'm not sure I'm cut out to hang with the Aussies.

Pandas are one of those animals that manage to look adorable even when they're doing something as pedestrian as leaning against a tree while lazily munching on bamboo. But there are special times when their cuteness reaches extreme levels that can only be touched by elite species such as koalas, hedgehogs, sloths and fennec foxes.
×