SALT LAKE CITY — The investigation into a former middle school teacher accused of sneaking a 14-year-old girl into his classroom by hiding her in a bin is now focusing on his electronic devices, according to court documents.

Lucas Sloan Talley, 38, of Herriman, was arrested on Dec. 5 and charged in 3rd District Court days later with two counts of kidnapping, a second-degree felony.

During the 2019-20 school year, Talley became close to a 14-year-old girl in one of his classes at South Hills Middle School, according to charging documents. Once COVID-19 forced the shutdown of the school, the girl emailed Talley because she was having trouble turning in an assignment. Police say Talley provided the girl with his cellphone number to text the assignment to him. But a day or two later he began texting her everyday and "would send her a song everyday," the charges state.

The girl told police that "things got weird" when Talley told her about his pending divorce and that he loved and missed the girl, according to charging documents. Talley would also bring the girl gifts at her house and one time spent two hours at her home talking to her, according to police.

Between April and June, while the school was still closed, Talley twice sneaked the girl into his classroom by putting her inside a bin that he would then wheel into the building using a dolly, according to the charges.

Police say Talley, a father of four, resigned from his job about a week before his arrest.

"Detectives have spoken with multiple minor aged students or previous students of Lucas who have told detectives that Lucas has sent them photos through text message and email and that he would communicate with them through email," the warrant states. 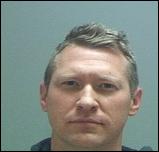 A teacher at South Hills Middle School was arrested and accused of having an inappropriate relationship with a 14-year-old student, which included smuggling her into his classroom inside a bin while the school was closed to students.

When police searched Talley's cellphone, they found "text conversations of a personal nature that Lucas was having with other minor aged students and former students," according to the warrant, but many conversations they expected to find with the 14-year-old had apparently been erased.

"It was apparent that although Lucas had gotten rid of the text message conversations from his phone, he kept some screenshots of the text messages in photo form. He had erased or hid or transferred the other text messages that would have given more evidence of his inappropriate behavior with this particular minor aged student," investigators wrote in the warrant.

But on his personal laptop, police said they noticed two files on his desktop.

Talley's next court appearance is scheduled for Jan. 25.