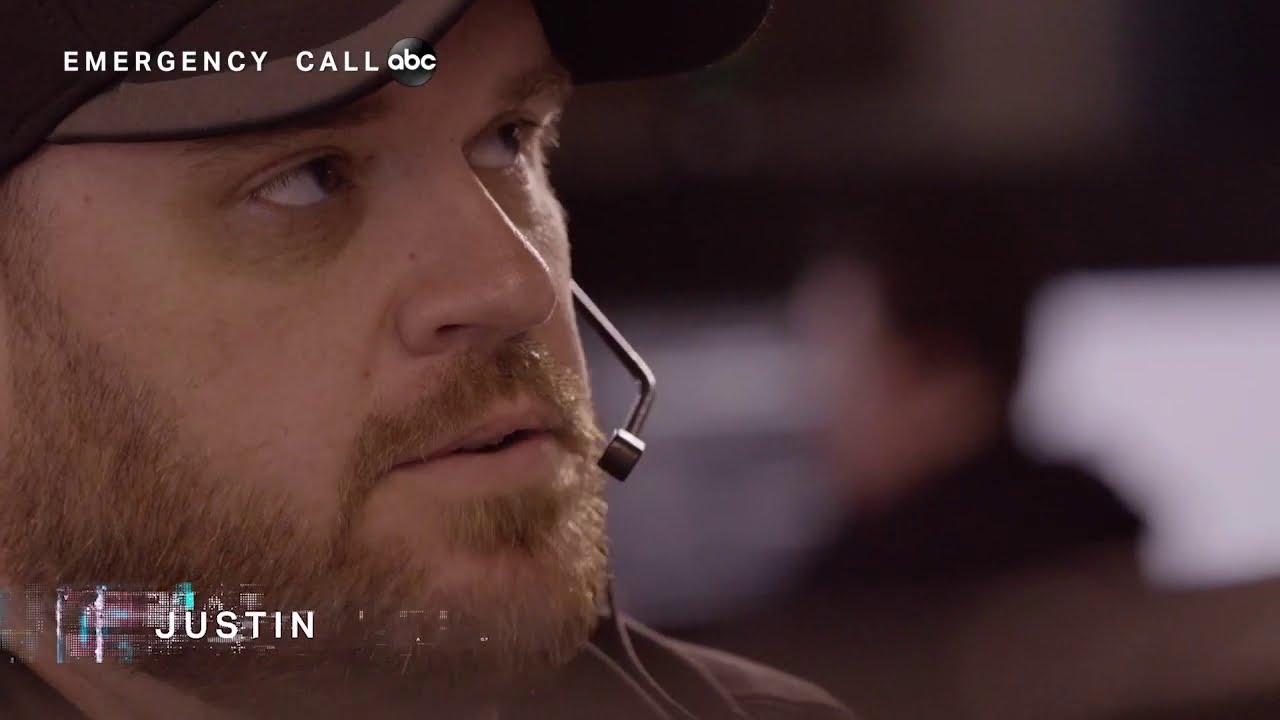 OGDEN — "I've always wondered — what actually happens when we call 911?"

Those words, spoken by actor Luke Wilson, introduce audiences each week to the new ABC docudrama "Emergency Call." The show follows dispatchers from cities around the country as they perform their jobs each day, taking calls that range from bizarre to tragic to terrifying.

Tina Mathieu, executive director of the Weber Area Dispatch, said her call center serves Weber and Morgan counties and works with 26 different agencies to get first responders to emergencies. She said ABC reached out to her in April to see if Ogden would be a good fit for the show.

ABC then filmed for two weeks beginning in late June, and two more weeks in August.

In the series' second episode on Oct. 5, titled "Conductors of Chaos," viewers got their first glimpse of the Ogden dispatch center and followed Justin and Shiloh Gard through three emergency calls. In a voiceover, Justin Gard introduces viewers to Utah as a place where "we don't want people to know how nice it is."

"There's not a whole lot of people here yet," he says. "We have ski resorts, we have marshland, we have big cities like Ogden, but then we have rural farm country. We just get more and more people, and we (dispatchers) just keep getting busier."

The first two calls were on the quirky side — Justin fielded a call about a cellphone that had "exploded," while Shiloh helped a mother who'd somehow gotten a spatula lodged in her throat.

But the final call of the episode left Shiloh nearly in tears, as a frantic father searched for his 2-year-old daughter who'd been missing for 45 minutes. After tense moments, and with help from responding officers, the girl was ultimately found safe inside her house.

Justin told KSL.com he and his wife wanted to appear on "Emergency Call" to raise public awareness about dispatchers' jobs.

"A lot of people don't know what we do, the technology that goes into it, and how hard it is," Justin said. "I just thought, what an awesome opportunity to share with people how difficult our job is, and how talented the people are that do this job."

Shiloh and Justin met at work; she's been at the dispatch center since 2011, while Justin started there back in 2005. In "Conductors of Chaos," Shiloh talked about what it's like to work at a challenging job with your spouse. "It's a very unique relationship to be able to go home and talk to your husband and vent to him about the frustrations, or cry on his shoulder, or be happy about the outcome of a call, and he 100% understands," she said.

Shiloh told KSL.com she thinks "Emergency Call" is doing a "really good job" of depicting the variety of calls a dispatcher receives.

"Right when you think you've heard everything," she said, "you get another phone call that's like — 'OK, haven't heard that one before.'" She said the job vacillates from the "really weird, the really mundane, to the crazy adrenaline calls."

"You're never going to hear it all," she said.

Justin said he and Shiloh have received tremendous support from friends, family and the public since the episode aired. "I'm kind of shocked at how much positive feedback we get," he said. "I've had family members that I haven't seen or talked to very much send me cards saying, 'We didn't know how hard the job is. We appreciate what you do.'" The couple has even been recognized by fans in public, Justin said.

Those fans won't have to wait long to see the two again. On Oct. 19, in an episode titled "Crime Spree," viewers will watch Justin as he and the Ogden dispatchers confront "an erratic driver with a handgun who goes on a six-hour crime spree," according to an ABC news release.

"Emergency Call" debuted on ABC on Sept. 28. It airs each Monday night at 9 p.m. MT, and episodes can also be viewed on Hulu and ABC.com.