Video: The Grizzly King of Yellowstone defends his throne 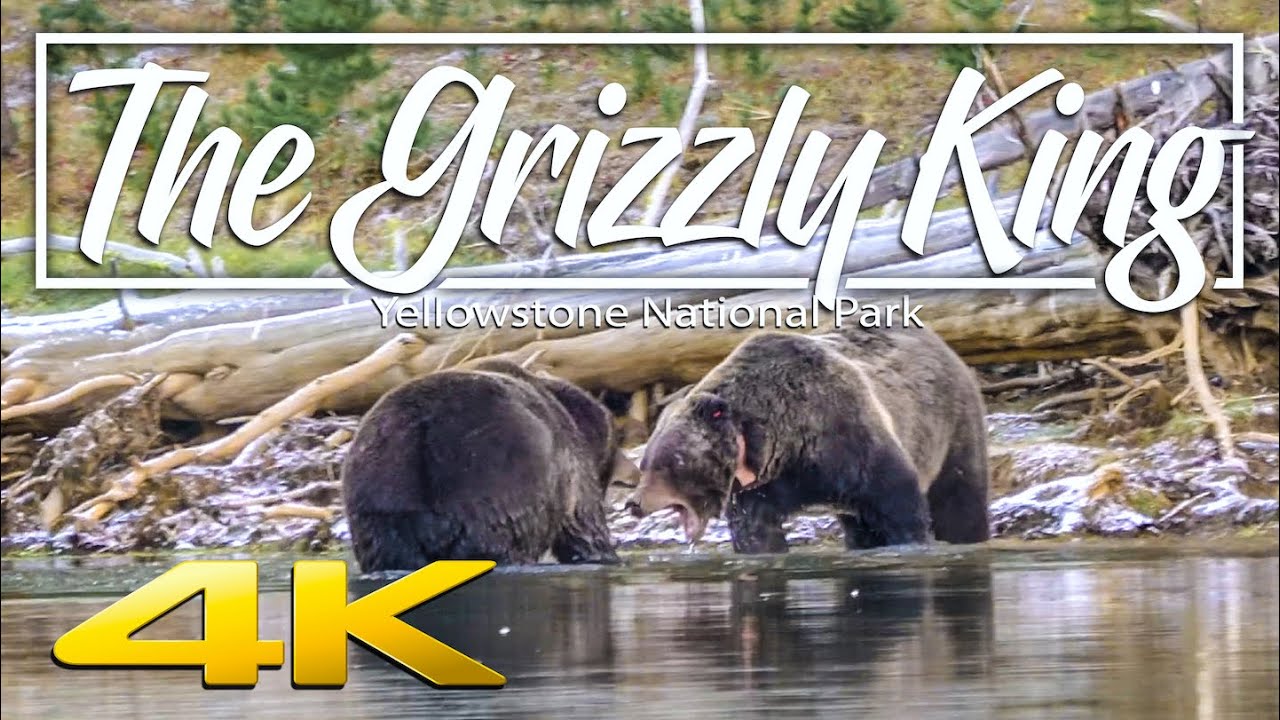 YELLOWSTONE NATIONAL PARK —There is a strict hierarchy in Yellowstone's wilderness, and North America’s largest terrestrial predator — the grizzly bear — sits comfortably at the top, as was witnessed last month when a single grizzly pushed 20 or more wolves off their kill in Yellowstone's Lamar Valley.

It's this power and prowess that has fascinated, inspired and, yes, intimidated mankind for millennia. In the early 21st century, however, few people have the opportunity to observe these animals in the wild. Even in Yellowstone National Park where roughly 150 grizzlies reside, sightings are normally infrequent, brief and distant. With so little exposure to these animals, it's perhaps unsurprising that folklore and fable have largely filled the gaps in our understanding of them.

That's at least part of the reason an event that occurred in late September along the banks of the Yellowstone River is so remarkable and unique. For 10 full days, an eye-opening spectacle unfolded, pulling back the curtain on dynamic relationships between North America's wildlife, perhaps most notably the competition between grizzly bears.

On the morning of Sept. 18 in Yellowstone's Hayden Valley, a park visitor captured a stunning video of a mature bull elk fleeing and ultimately succumbing to a large grizzly bear. Clearly injured and unable to escape, the elk turns in an attempt to ward off its attacker in the middle of the Yellowstone River. Despite the elk's efforts, the contest ended quickly with the grizzly, likely No. 791 — a very large 9-year-old male – as the victor.

As remarkable as that scene is, it proves to be just the prelude to a pageant of North America's wildlife which few will ever witness firsthand.

At first 791, had the elk to himself. But in Yellowstone, the carcass of a mature bull elk is too grand a prize to keep secret for long. Ravens soon came for a piece of the prize, then the eagles. The birds were followed by coyotes, wolves and other bears. Park visitors watched for days as 791 shuffled between eating, sleeping and fending off would-be rivals. At well over 600 pounds, 791 is among the largest bears in greater Yellowstone who normally max out around 700 lbs. With a level of confidence uncommon to all but dominant bears, 791 guarded his kingly prize for days before caching what remained and leaving.

That is when grizzly 881, a large 17-year-old male moved in. Grizzly 881 had recently been captured and collared, according to Kerry Gunther, lead bear biologist for Yellowstone National Park. Then weighing 617 pounds, 881 is a force to be reckoned with — a fact he proved by taking up residence atop the elk carcass and repelling all competitors, including a number of other bears (none of them grizzly 791, the massive bear who had killed and cached the elk). Grizzly 791 returned roughly one day after 881's arrival. By then, the elk served as an ornate throne to be defended or reclaimed by one of these two titans.

As someone who has observed bears regularly, this was quite a spectacle. I watched and documented their interactions for over 30 hours, condensing the contest into this video.

I won't spoil the ending for you by naming the grizzly king here (you have to watch the video above). Instead, let's discuss what this video teaches us about bear behavior and body language, and then apply that knowledge to human safety.

You may ask, "Does behavior between bears translate to bear behavior toward people?" Yes, it does and is a key to avoiding negative encounters with these shy but powerful animals.

The first thing to recognize is that bears are cautious. To paraphrase Dr. Tom Smith, a leading authority on bears and associate professor of plant and wildlife sciences at BYU: You don't become an old bear by being reckless. Adding in an article published by the Provo Daily Herald, "If you give bears half the chance, they’ll get out of your way." The exception being, as documented in this video, if they are guarding cubs or a food source.

If you encounter a bear, your first priority is to draw your deterrent (ideally bear spray) and simultaneously group up with those around you. Then slowly back while keeping an eye on the bear. Important note: All bears communicate using essentially the same behavioral language. While threat displays by black bears are most likely a bluff, aggression or threat displays by grizzlies should be taken far more seriously.

In today's social media culture, many people skip or neglect important precautions in order to snap a picture or video to document bear encounters. This is a terrible idea. Unless you are in your car with the doors closed, you are too close to safely capturing a decent picture of a bear with your phone. Lingering at short range endangers everyone, including the bear and those who might encounter the bear later. Maintain a minimum of 100 yards distance from large predators.

With that said, it is possible to stumble across a bear in the backcountry. If that happens, make sure you are prepared to respond appropriately and interpret bear behavior.

Conflicts between humans and bears are very rare. Understanding bear behavior, knowing how to safely respond to an encounter, and properly storing food and trash are all key to protecting people and bears alike. With grizzly bears resettling sections of their historic range there are questions and concerns about sharing space with these apex predators. As one of the few refuges for grizzlies in the contiguous United States, Greater Yellowstone has allowed average people the opportunity to learn about and observe these iconic animals — often helping replace folklore with understanding.

Were you surprised by the outcome of this contest? Did you learn something new? Make sure to share your insights in the comments below.