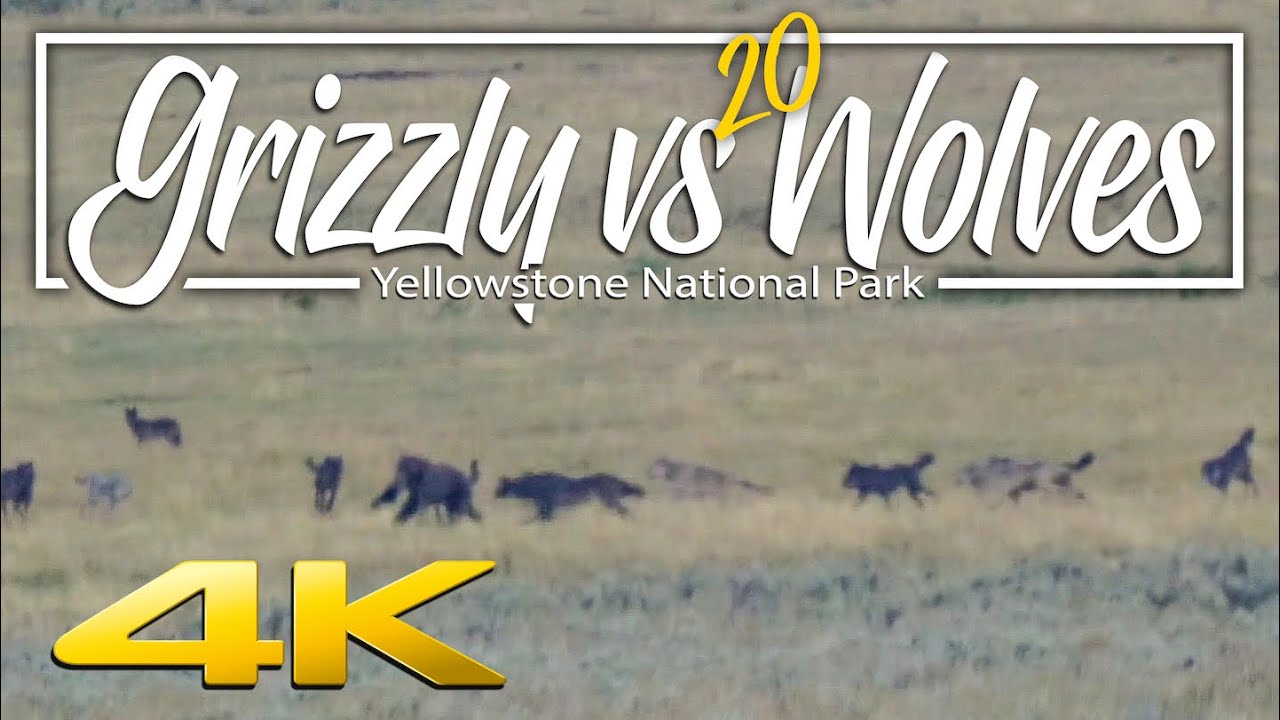 YELLOWSTONE NATIONAL PARK — It was a mostly quiet evening in Yellowstone National Park on Sept. 11.

Following a successful hunt in Lamar Valley, the Junction Butte wolf pack — which is among the largest packs in the park — had time to eat, play and rest. That was until a grizzly bear caught the scent of the pack's latest kill. Smelling opportunity and a meal, the bear closed in.

Onlookers, many of whom had come to the park hoping for a glimpse of even one of these iconic predators watched and waited as these two titans seemed destined to clash. It's, of course, not uncommon for bears and wolves to compete with each other for resources.

This dance has been documented before, usually with the bear winning the day. And really, what else would you expect? The grizzly bear is North America's largest terrestrial predator. In Yellowstone, grizzlies have been known to weigh as much as 700 pounds. Wolves generally max out around 130 pounds. One on one, or even seven on one, you'd expect the grizzly to have the advantage.

But this isn't just any wolf pack. The Junction Butte pack was listed as 18 members strong in 2019, but they've grown since then. At the time of the Sept. 11 recording, there were at least 20 wolves visible, which is about one-fifth of all the wolves in the park. The Junction Butte pack had proved themselves powerful enough to overpower bison, the continent's largest land animal that can reach weights of 2,000 pounds or more. Bison, after all, was what was on the menu this night.

In the end, the buildup didn't disappoint. After a long approach, the bear reached the pack's outer guards and soon established dominance. But what began with a challenge from a few wolves escalated quickly. More and more wolves rose to fend off the grizzly.

As one of those transfixed by this wilderness drama, I thought I knew how this contest would end.

Both species lived to fight another day after this intense battle.

What about you? After watching the video, make sure to share your thoughts in the comments.

2020 marked 25 years since wolves were reintroduced to Yellowstone National Park and Central Idaho. Their presence remains controversial and there are more than a few questions regarding their effect on people, livestock, and wildlife. KSL.com published a four-part series earlier this year, which examined the most common questions and concerns regarding the reintroduction of wolves. You can read more about that in the related stories links.