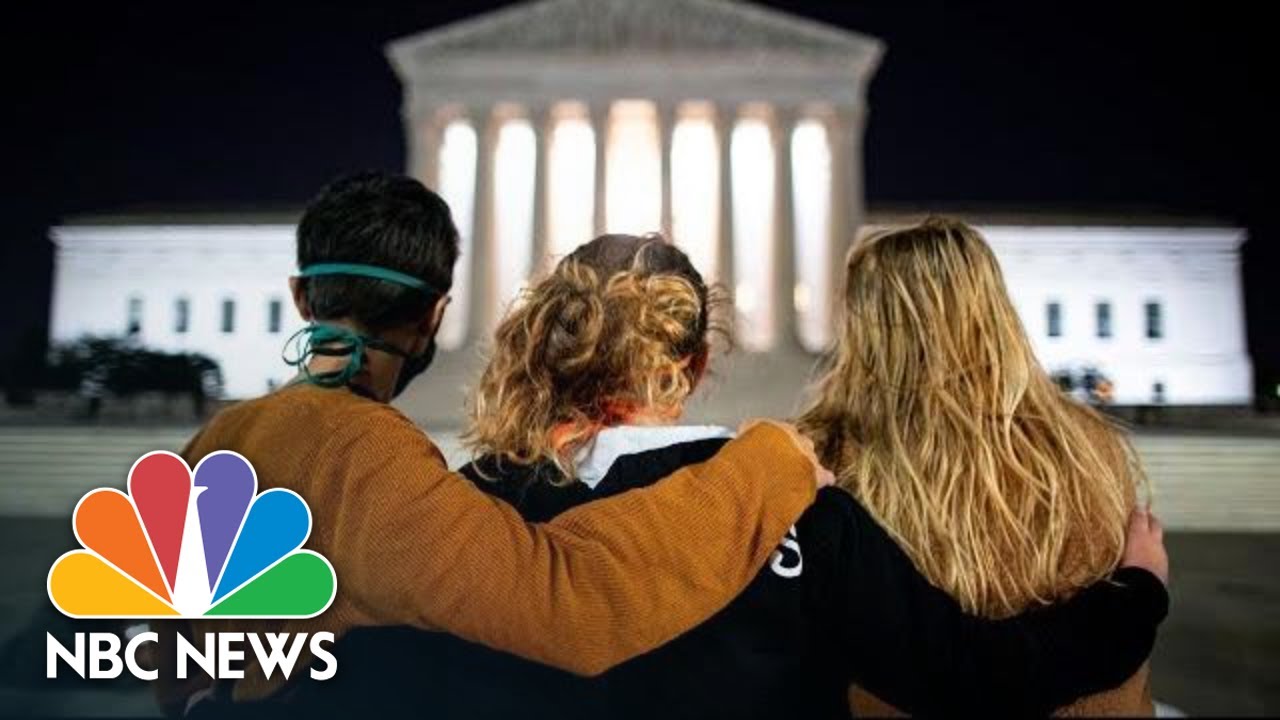 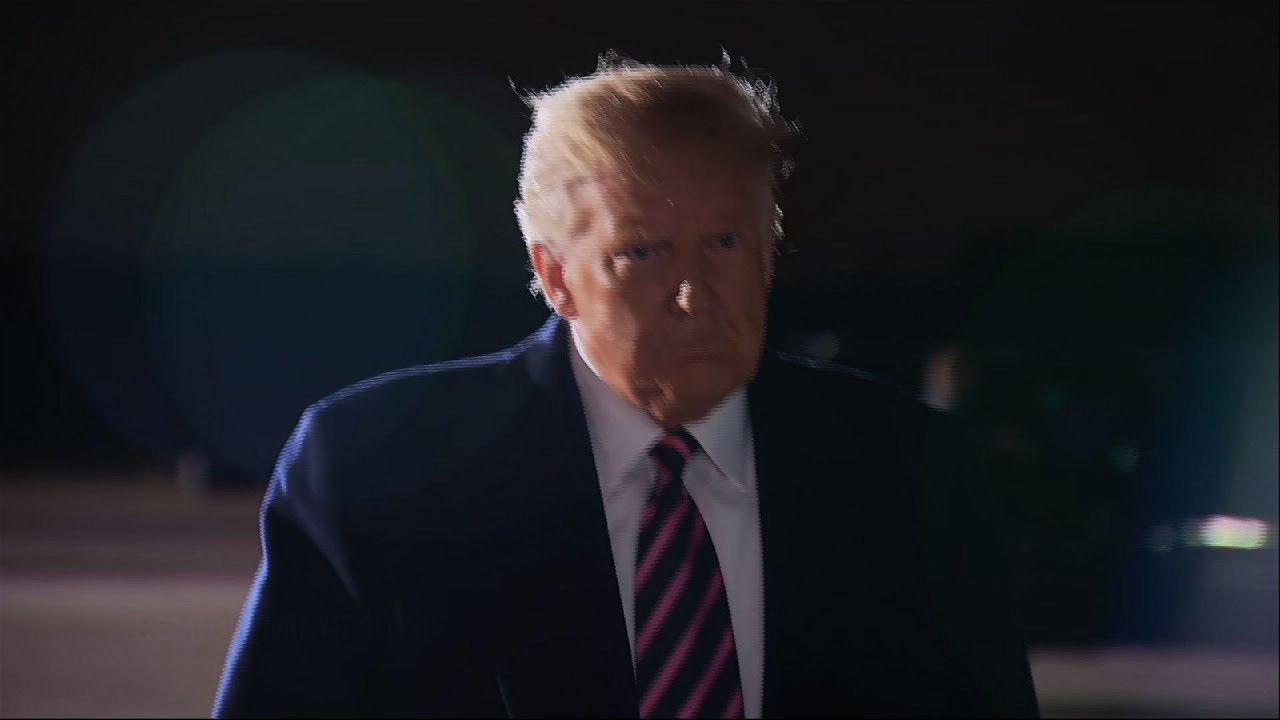 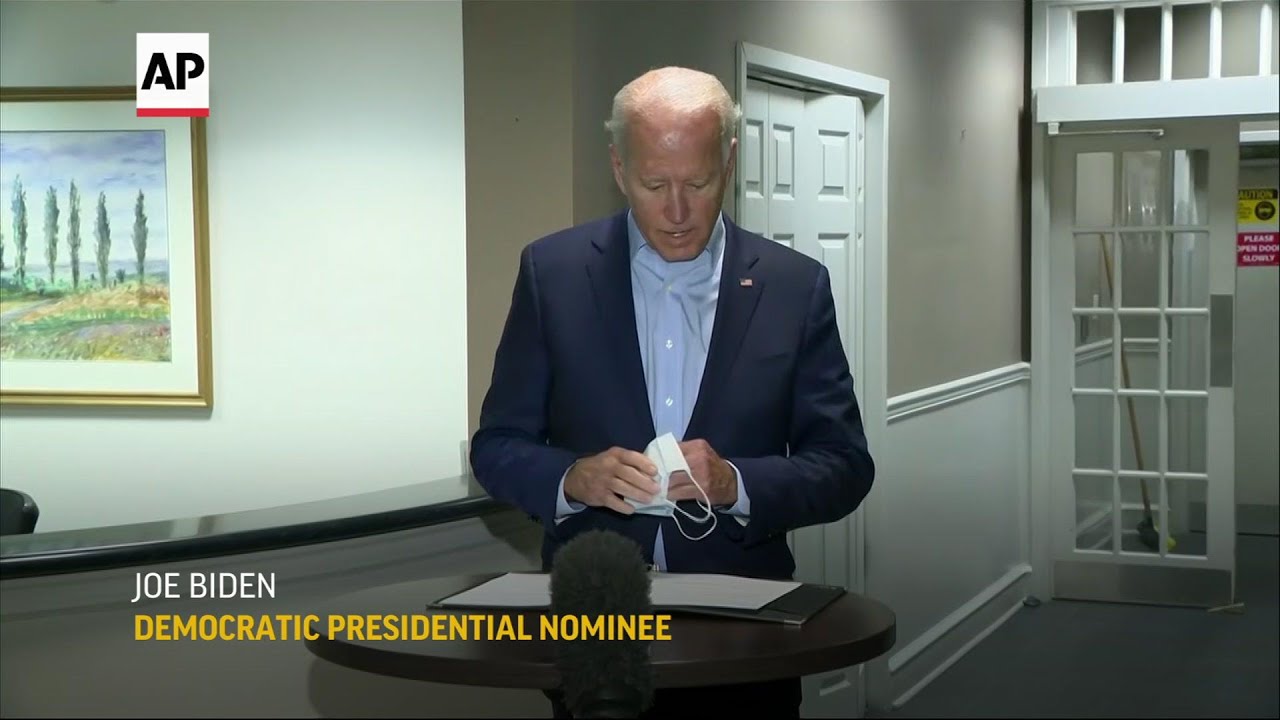 Her death just over six weeks before Election Day is likely to set off a heated battle over whether President Donald Trump should nominate, and the Republican-led Senate should confirm, her replacement, or if the seat should remain vacant until the outcome of his race against Democrat Joe Biden is known. Majority Leader Mitch McConnell said late Friday that the Senate will vote on Trump’s pick to replace Ginsburg, even though it’s an election year.

Trump called Ginsburg an “amazing woman” and did not mention filling her vacant Supreme Court seat when he spoke to reporters following a rally in Bemidji, Minnesota.

Biden said the winner of the November election should choose Ginsburg’s replacement. “There is no doubt — let me be clear — that the voters should pick the president and the president should pick the justice for the Senate to consider,” Biden told reporters after returning to his hometown of Wilmington, Delaware, from campaign stops in Minnesota.

Chief Justice John Roberts mourned Ginsburg’s passing. “Our Nation has lost a jurist of historic stature. We at the Supreme Court have lost a cherished colleague. Today we mourn, but with confidence that future generations will remember Ruth Bader Ginsburg as we knew her — a tireless and resolute champion of justice,” Roberts said in a statement.

Ginsburg announced in July that she was undergoing chemotherapy treatment for lesions on her liver, the latest of her several battles with cancer.

Ginsburg spent her final years on the bench as the unquestioned leader of the court’s liberal wing and became something of a rock star to her admirer s. Young women especially seemed to embrace the court’s Jewish grandmother, affectionately calling her the Notorious RBG, for her defense of the rights of women and minorities, and the strength and resilience she displayed in the face of personal loss and health crises.

Those health issues included five bouts with cancer beginning in 1999, falls that resulted in broken ribs, insertion of a stent to clear a blocked artery and assorted other hospitalizations after she turned 75.

She resisted calls by liberals to retire during Barack Obama’s presidency at a time when Democrats held the Senate and a replacement with similar views could have been confirmed. Instead, Trump will almost certainly try to push Ginsburg’s successor through the Republican-controlled Senate — and move the conservative court even more to the right.

Ginsburg antagonized Trump during the 2016 presidential campaign in a series of media interviews, including calling him a faker. She soon apologized.

Her appointment by President Bill Clinton in 1993 was the first by a Democrat in 26 years. She initially found a comfortable ideological home somewhere left of center on a conservative court dominated by Republican appointees. Her liberal voice grew stronger the longer she served.

Ginsburg was a mother of two, an opera lover and an intellectual who watched arguments behind oversized glasses for many years, though she ditched them for more fashionable frames in her later years. At argument sessions in the ornate courtroom, she was known for digging deep into case records and for being a stickler for following the rules.

She argued six key cases before the court in the 1970s when she was an architect of the women’s rights movement. She won five.

“Ruth Bader Ginsburg does not need a seat on the Supreme Court to earn her place in the American history books,” Clinton said at the time of her appointment. “She has already done that.”

Following her death, Clinton said, “Her 27 years on the Court exceeded even my highest expectations when I appointed her.”

On the court, where she was known as a facile writer, her most significant majority opinions were the 1996 ruling that ordered the Virginia Military Institute to accept women or give up its state funding, and the 2015 decision that upheld independent commissions some states use to draw congressional districts.

Besides civil rights, Ginsburg took an interest in capital punishment, voting repeatedly to limit its use. During her tenure, the court declared it unconstitutional for states to execute the intellectually disabled and killers younger than 18.

In addition, she questioned the quality of lawyers for poor accused murderers. In the most divisive of cases, including the Bush v. Gore decision in 2000, she was often at odds with the court’s more conservative members — initially Chief Justice William H. Rehnquist and Justices Sandra Day O’Connor, Antonin Scalia, Anthony M. Kennedy and Clarence Thomas.

The division remained the same after John Roberts replaced Rehnquist as chief justice, Samuel Alito took O’Connor’s seat, and, under Trump, Neil Gorsuch and Brett Kavanaugh joined the court, in seats that had been held by Scalia and Kennedy, respectively.

Ginsburg would say later that the 5-4 decision that settled the 2000 presidential election for Republican George W. Bush was a “breathtaking episode” at the court.

She was perhaps personally closest on the court to Scalia, her ideological opposite. Ginsburg once explained that she took Scalia’s sometimes biting dissents as a challenge to be met. “How am I going to answer this in a way that’s a real putdown?” she said.

When Scalia died in 2016, also an election year, Senate Majority Leader Mitch McConnell refused to act on Obama’s nomination of Judge Merrick Garland to fill the opening. The seat remained vacant until after Trump’s surprising presidential victory. McConnell has said he would move to confirm a Trump nominee if there were a vacancy this year.

Reached by phone late Friday, Sen. Lindsey Graham, R-S.C., the chairman of the Judiciary Committee, declined to disclose any plans. He called Ginsburg a “trailblazer” and said, “While I had many differences with her on legal philosophy, I appreciate her service to our nation.”

Top Senate Democrat Chuck Schumer tweeted: “The American people should have a voice in the selection of their next Supreme Court Justice. Therefore, this vacancy should not be filled until we have a new president.”

Ginsburg authored powerful dissents of her own in cases involving abortion, voting rights and pay discrimination against women. She said some were aimed at swaying the opinions of her fellow judges while others were “an appeal to the intelligence of another day” in the hopes that they would provide guidance to future courts.

“Hope springs eternal,” she said in 2007, “and when I am writing a dissent, I’m always hoping for that fifth or sixth vote — even though I’m disappointed more often than not.”

She wrote memorably in 2013 that the court’s decision to cut out a key part of the federal law that had ensured the voting rights of Black people, Hispanics and other minorities was “like throwing away your umbrella in a rainstorm because you are not getting wet.”

Change on the court hit Ginsburg especially hard. She dissented forcefully from the court’s decision in 2007 to uphold a nationwide ban on an abortion procedure that opponents call partial-birth abortion. The court, with O’Connor still on it, had struck down a similar state ban seven years earlier. The “alarming” ruling, Ginsburg said, “cannot be understood as anything other than an effort to chip away at a right declared again and again by this court — and with increasing comprehension of its centrality to women’s lives.”

In 1999, Ginsburg had surgery for colon cancer and received radiation and chemotherapy. She had surgery again in 2009 after being diagnosed with pancreatic cancer and in December 2018 for cancerous growths on her left lung. Following the last surgery, she missed court sessions for the first time in more than 25 years on the bench.

Ginsburg also was treated with radiation for a tumor on her pancreas in August 2019. She maintained an active schedule even during the three weeks of radiation. When she revealed a recurrence of her cancer in July 2020, Ginsburg said she remained “fully able” to continue as a justice.

Joan Ruth Bader was born in Brooklyn, New York, in 1933, the second daughter in a middle-class family. Her older sister, who gave her the lifelong nickname “Kiki,” died at age 6, so Ginsburg grew up in Brooklyn’s Flatbush section as an only child. Her dream, she has said, was to be an opera singer.

Ginsburg graduated at the top of her Columbia University law school class in 1959 but could not find a law firm willing to hire her. She had “three strikes against her” — for being Jewish, female and a mother, as she put it in 2007.

She had married her husband, Martin, in 1954, the year she graduated from Cornell University. She attended Harvard University’s law school but transferred to Columbia when her husband took a law job there. Martin Ginsburg went on to become a prominent tax attorney and law professor. Martin Ginsburg died in 2010. She is survived by two children, Jane and James, and several grandchildren.

Ginsburg once said that she had not entered the law as an equal-rights champion. “I thought I could do a lawyer’s job better than any other,” she wrote. “I have no talent in the arts, but I do write fairly well and analyze problems clearly.”