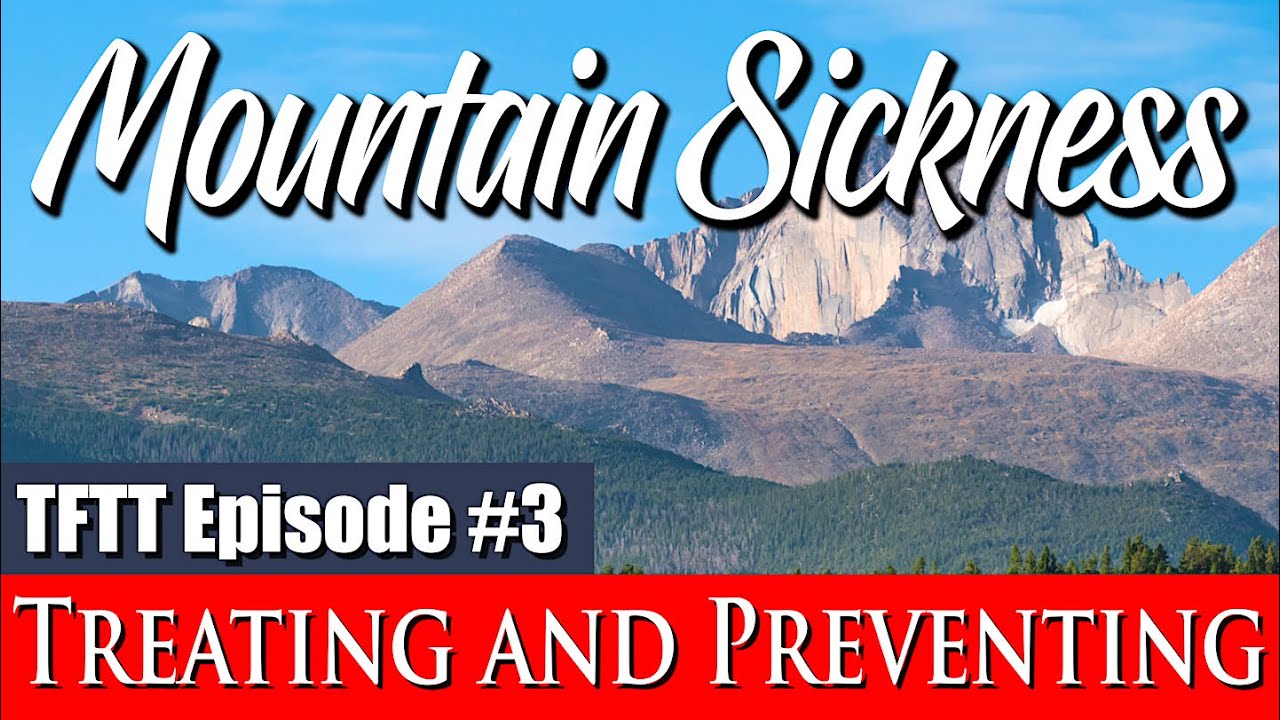 SALT LAKE CITY — 2020 has been a year for the history books.

With this crazy world feeling markedly crazier than usual, people have been gearing up in greater numbers and heading for the mountains in search of a much-needed respite and a choice opportunity to enjoy nature. Exploring the mountains is a choice method of coping with the stresses of a pandemic, and life in general. The rejuvenating powers of nature are well documented and there for all to enjoy.

But when exploring the outdoors, there are some things every traveler must remember. Nature has rules — rules that are non-negotiable, even for the most seasoned mountaineer.

One such example is our inescapable dependence on a colorless, odorless, tasteless gas in oxygen, which makes up 21% of the earth’s atmosphere. That percentage is constant whether at sea level or at the summit of Mount Everest (29,029 ft). The catch? Unlike atmospheric composition, air density (measured by barometric pressure) is not constant; dropping as you rise in elevation.

At 5,000 feet, the air is only 84% as dense as at sea level. At 11,000 feet, it’s only 66% as dense. Once you reach about 25,000 feet, also know as "the death zone," the air is only about one-third as dense as at sea level, meaning there is only one-third the oxygen. Within the death zone, without a timely descent or supplemental oxygen, the human body begins to die cell by cell and system by system.

Don’t plan to climb Everest? Stay with me. This still applies to you.

An increase of as little as 1,000 feet can result in complications, especially at 10,000 feet. For the most part, this simply means breathing a bit heavier and taking a few extra breaks until your body has had adequate time to acclimate to the elevation (generally between 1-5 days depending on how much elevation is gained).

If you or someone you know suffers from a cardiovascular or respiratory illness, symptoms can occur at elevations as low as 6,500 feet, but for most people, 8,000 feet and above is generally the threshold for acute mountain sickness (AMS), also referred to as elevation or high altitude sickness. The more dramatic and rapid your rise in elevation and the greater your physical excursion at elevation, the more likely you are to experience some degree of AMS. This is particularly relevant given the access to high elevations offered by roadways allowing people to gain significant elevation within a very short period of time.

In most cases, AMS is little more than an inconvenience. It results in a dull headache or mild nausea. But if symptoms do not improve and appropriate action is not taken, then AMS can become very serious and even life-threatening.

Potentially life-threatening variants of AMS include High Altitude Pulmonary Edema (HAPE) and High Altitude Cerebral Edema (HACE). HAPE is best described as an inflammation and/or flooding of the lungs. Untreated, HAPE has a mortality rate of up to 50%.

HACE, considered the final and most serious stage of AMS, results from excess fluid buildup within the cranial cavity and/or the swelling of the brain. Those affected can experience dizziness, confusion and even psychosis. If undiagnosed or untreated, HACE can progress rapidly, resulting in coma and death. It was this series of events that evidently led to the death of a healthy Salem teen in early August 2017 while camping in Utah’s Uinta Mountains.

But here’s the good news. Severe cases are uncommon, and prevention and treatment are relatively simple and straight forward.

Before traveling to or recreating at high elevations, speak with your doctor. Beyond heeding the council of qualified medical professionals, make sure you are well-nourished and hydrated. A body deprived of adequate fluids and nourishment is far more likely to succumb to ailments including AMS. Finally, spending a night or two at elevation before beginning strenuous physical exertion gives your body time to acclimate.

Even if you take precautions, it’s still possible to develop AMS. So listen to your body and make sure to leave your ego at home. Studies show AMS is not associated with age or physical fitness. No one, including Olympic athletes, is immune. Even individuals who have previously been unaffected by elevation can and do develop AMS.

For minor cases, simply change your behavior. If you’ve been active, take a long break and see if symptoms improve. In most cases, mild symptoms will resolve themselves with adequate rest; but if symptoms persist, you may have a moderate to severe case of AMS.

Be particularly wary of dizziness, confusion, delirium, excessive or wet coughing, chest pain or labored breathing at rest. These are key indicators for HACE and HAPE. For moderate to severe cases the solution is relatively straight forward: Reduce your elevation immediately and safely. By how much? According to the National Institute of Health, 3,000 ft or "until symptoms resolve."

In severe cases, the physical exertion necessary to reduce elevation may worsen the disease. If that is the case, it may be necessary for travel companions to aid the afflicted party’s descent and/or contact emergency responders. It’s because AMS can affect senses, reasoning and perception that it’s also highly recommended that mountain explorers travel with a partner or group.

Knowledge is power. A prepared, well-informed and attentive explorer is well equipped to enjoy the mountains safely. Whether you climb mountains or access the highlands by paved or dirt road, make sure you know how to prevent, recognize and treat AMS. Take a few more minutes and invest in your outdoor education by watching the included video. In addition to more detailed information regarding prevention, symptoms, and treatment it includes a number of informative diagrams and illustrations.

Respect the mountains and mother nature. They can be harsh and unforgiving, but they also reward preparation, respect, sound judgment and situational awareness handsomely.