LEHI — Eating the right foods to be healthy at any age is important, but sometimes not eating can also be beneficial for our health and longevity. One Lehi man made a life-changing goal after receiving some scary news.

Johnny Revill practices a daily intermittent fasting routine. It all began last spring when he was out of town with his wife. He went to the hospital because he had pneumonia.

While he was there, the doctor delivered more bad news. "I found out that… I was Type 2 diabetic," Revill said.

At age 46, Revill said he was shocked. “It was earth-shattering news to find out,” he said. "My life kind of flashed before my eyes, you know? We have five kids."

Revill said the diagnosis started to make sense. “I didn't feel right. I wasn't very healthy. I was severely overweight, had no energy,” he described.

When he got home he started taking medication for his diabetes but said it didn’t make him feel very good. His doctor encouraged him to meet with a dietician.

When he saw her, Revill asked, "What do I need to do? I'm willing to do whatever because I don’t want this … to limit me. I don’t want my life cut short from this."

The dietician suggested he start fasting for several hours each day.

At first, he was hesitant. “That's not a good word. That means I go without food, you know?” But he was willing to give it a try.

Revill now skips breakfast and doesn’t eat lunch until noon. Then he said he fasts for eight hours, until dinner at 8 p.m., and doesn’t eat again until the next day at noon.

His mom, Renita Revill, was intrigued and also jumped on board. They call each other to check up on one another throughout the week.

"How you been doing? I'm struggling today,” Renita Revill said.

“It helps to have that kind of accountability with somebody,” Johnny Revill added.

Renita Revill said she has been on Metformin for years and was in the early phases of becoming pre-diabetic. She also wanted to take her health in her own hands. She said the intermittent fasting regimen isn’t as hard as it sounds.

”You don't seem to have any hunger pains or cravings or anything until you eat,” she explained.

In a recent Utah-based study conducted by Intermountain Healthcare, Horne found people who fasted just once a month for 24 hours lived longer than those who did not.

In the study, researchers asked 2,001 Intermountain cardiac catheterization patients if they practiced routine intermittent fasting. When they followed up with those patients 4 1/2 years later, they found those who did had increased longevity.

"Those who said ‘yes,’ had a lower rate of coronary disease and also diabetes diagnosis," Horne said. He also found that people who fasted regularly were less likely to be diagnosed with heart failure.

He said the average person in the study had been fasting routinely for about 42 years, nearly two-thirds of their lifespan.

More Your Life Your Health: 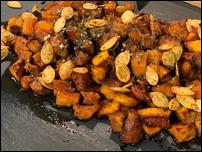 Horne said fasting monthly conditions the body to produce a daily benefit when fasting overnight. He said the in the average person, it takes about 12 to 14 hours before the benefits of fasting are activated. But for someone who fasts for 24 hours once a month, those benefits start activating after only eight to 10 hours on a normal day.

“A small amount of benefit of a powerful factor like fasting builds up over a period of decades as well,” he said.

Horne said Intermountain Healthcare is in a unique position to conduct a study like this since Utah has a large demographic of members of The Church of Jesus Christ of Latter-day Saints, who typically fast for two consecutive meals once a month.

Within 90 days of starting his fasting regimen, Johnny Revill lost 30 pounds and got off his diabetes medications. He said he was also thrilled to learn his blood sugar levels dramatically decreased in just three months. His A1C level dropped to 5.9.

Horne encourages anyone interested in fasting regularly to consult their doctor before beginning, especially if you have a chronic illness like diabetes where medications are given that deliberately lower blood sugar levels.

“You should be cautious. Talk to your physician because fasting lowers blood sugar as well. And you can potentially get serious hypoglycemia, which can be dangerous for your health,” he warned.

He also cautions pregnant and nursing mothers, young children and frail older adults to not fast and warns people that fasting isn't designed to be a rapid weight-loss diet.