SALT LAKE CITY — Hard work, dedication and commitment have helped Gene England, one of the pioneers of the successful trucking company C.R. England, accomplish his version of the American dream.

England, born and raised in Plain City, is closing in on his centennial birthday this upcoming Oct. 24. While England has spent his life in the military during World War II, then raising six boys and building up his company, he has always known that he wanted to drive trucks like his father, Chester England.

Chester England started his own trucking business buying produce from the valley and trucking it to areas around Cache Valley and up to Wyoming in the 1920s, bringing along Gene England and his brother, Bill England, whenever possible.

“He was the one father in town that had a truck, and it gave me a chance to avoid being out on the farm, hoeing beets and things, and I could go with him in the truck; what a wonderful life it was,” Gene England said.

England’s strong relationship with his father and their adventures trucking across Utah is what planted the seed for the brothers' lifelong goals.

“Early on, I was driving and it was the thing that I loved. I was determined that that’s what I was going to do the rest of my life. That effort has been with me all the time,” Gene England said.

As a young adult, he spent some time at BYU before he met and married his wife, June Daniels, in 1940. A year later, they moved out to California so he could start his new job as a civilian in the Army.

England was part of the Army, yet his mind was still on his childhood dream of owning a trucking company.

Determined to get some extra revenue during his service, England would rent his car out to those who wanted to go home for the weekend when he was in California. During his time in Okinawa, Japan, as part of the 77th Infantry Division, he would sell his cigarette rations.

His service and entrepreneurial tactics would give him both a bronze star and $5,000 to start his family business and buy their first truck in 1946; however, the company wasn’t granted operating authorities for commercial freight right away.

“(We were) allowed exempt commodity hauling. We could haul produce, 'fishery' products and poultry, and with that we started the business," he said.

With these limitations, C.R. England as a company could only go so far and deliver so many goods, unlike the older trucking companies before them. It wasn’t until the Motor Carrier Act of 1980 that allowed C.R. England the ability to haul more and beat competitors that they really grew.

“When that deregulation came on, companies that had been working as exact carriers only came on with a real vengeance. We (all) wanted to get into the business,” England said.

The company started blooming, no longer restricted on their hauls. Under new management from England’s sons just two years prior, in 1978, Gene England had more time to drive his trucks around and help in the business alongside his employees.

According to England, he’d never hire anyone to do something he, or his family, wouldn’t be doing themselves. Up until his retirement from trucking just 10 years ago, England was able to relive his love for his career with each trip.

“I just love getting down the road, seeing what’s on the other side of that hill. As you drive across this beautiful land, you come out of the East Coast and you’re heading west, you see this beautiful green country with great big acreages; and then you get to the coast of California — it’s absolutely a jewel,” England said.

Full retirement isn’t on England’s mind, as many would assume. He still heads into the office, taking care of a car leasing company he started some time ago with his brother, Bill. He said it gives him a reason to come into the office.

A century on this Earth may seem like a milestone to many, although it’s not quite the same feeling England gets.

“There are over 100 people in the state of Utah that over 100 years of age. I’m very happy to (have been) able to reach an age and condition that allows me to do the things that I do and I don’t take pills. So I'm kind of an unusual guy in a little way,” England said. 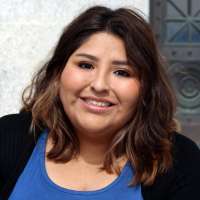