The story behind the old mining mill near Goshen

Editor's note:This article is part of a series reviewing Utah and national history for KSL.com's Historic section.GOSHEN, Utah County — The old Tintic Standard Reduction Mill is a temptation for explorers, history buffs and those looking for a place to tag, but officials are reminding the public that the property is off-limits due to high levels of lead and arsenic.

Built in 1920 by the Tintic Standard Mining Company just south of Utah Lake, the mill began processing mostly silver the following year but soon closed up shop. The reducing process the mill was built for became obsolete by 1925, causing it to cease operations. According to the National Register of Historic Places, the construction cost $580,000 in 1920, which is more than $7.22 million in today’s dollars.

“The Tintic Standard Reduction Mill was famous because it was one of the last mills in the country to use the Augustin process,” said Chris Merritt, deputy state historic preservation officer for the Utah Historical Society.

Merritt explained that the Augustin process was a specialized process used to reduce high amounts of sulfide in raw ore. The reason the mill was built into the side of a hill was to use gravity in helping get the raw ore from the beginning of the process down to the end. The method used a lot of salt and other chemicals to separate the sulfide and other waste rock from the silver, but other mining companies were already beginning to use alternate methods that were less expensive.

Merritt said there were other reasons the mill was forced to close, such as not being able to deliver as much raw ore by the mid-1920s and the quality of ore was poorer, leading to less usable silver. Because there was never a boom in silver prices — the mill's biggest product — the mill could not sustain its operations, Merritt said.

The Tintic Standard Mining Company held onto the property until the 1970s until they sold it to Amax Arizona Inc. It was added to the National Register of Historic Places in 1978 and then was quitclaimed — ownership was transferred — to the Division of Wildlife Resources in 1986 to take care of the 280 acres of land surrounding the mill.

In 2002, the Department of Environmental Quality sampled the water and ground and found elevated levels of arsenic and lead. After the results, the DWR closed the property to the public.

“Despite our efforts to close the property, the mill ruins still remain a popular site for teens, taggers and other trespassers, but it is a dangerous and unhealthy place,” read an emailed statement from Mark Farmer, habitat program manager for DWR Central Region. “For their own safety, the public is urged to stay away from the ruins and anyone found beyond the gate can be charged with trespassing.”

Much of the original structure has deteriorated over the nearly hundred years of abandonment, but the large concrete foundation of the mill still remains today and there is still evidence of the water tanks, ore bins, crushing rolls, the Holt-Dern roasters, iron boxes and leaching tanks. 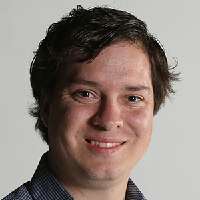