SALT LAKE CITY — Utahns have always known Utah is beautiful, and now the world knows. Thanks to the state's most recent tourism campaign, out-of-state visits are way up, and that gives a big boost to the Utah economy.

A Utah tourism conference just wrapped up at Bryce Canyon National Park, and industry leaders in the state have a lot to celebrate. The "Mighty 5" campaign and the "Find Your Greatest" campaign have given Utah even more elevation in the eyes of tourists worldwide.

Not just in the U.S., but around the world.

"It's the Greatest Snow on Earth, and now our Mighty 5 National Parks that are building a reputation for our state as a destination that everyone must experience," she said.

Varela highlighted the fact that the ad campaigns set Utah apart from other destinations and offer something other states cannot. The ads also spark an emotional response from viewers.

I don't think anyone could've imagined that Utah would be this hot, and that we would perform this well compared to our competitors.

"I don't think anyone could've imagined that Utah would be this hot, and that we would perform this well compared to our competitors," she said.

Tourists spent $7.8 billion in Utah last year. That translates into $1.07 billion in state and local tax revenues. Over the last 10 years the state has witnessed 44 percent growth in tourism, compared with mid-30 percent for neighboring states, Varela said.

"That's a huge milestone in establishing tourism as a major Utah economic driver," she said.

Tourism is also now the fastest-growing industry in Utah.

"Growing faster in leaps and bounds than any other sector of the economy," said the tourism director.

She said the future is just as bright. Utah Gov. Gary Herbert has challenged the state tourism industry to expand the tax revenue another 20 percent in the next five years. 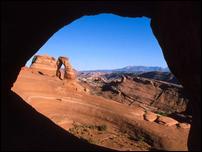 We've heard about how Utah's economy continues to grow and is one of the strongest in the nation. New numbers out Friday prove that in a big way.
×