Ex-rugby coach sentenced to jail for sex with teenage girl

PROVO — A former Utah State University women's rugby coach was sentenced to jail Tuesday for having sex with a teenage girl.

Tara Earl, 33, was found guilty by a jury in July of four counts of sexual conduct with a 16- or 17-year-old. Police say Earl met the then-teenager through a rugby tournament, then used her position as a coach and teacher to lure the girl into a relationship.

"The victim in this case saw you as a mentor, and you groomed that and took advantage of that," 4th District Judge Derek Pullan told Earl Tuesday. "It has caused great harm and devastation in her personal life and to her family."

The charges against Earl date back to November 2010 when Earl, who met the girl earlier that year and been made a coach just weeks before, paid for the girl to travel to the school for a "diversity day" and to learn more about the rugby program. At the time of the arrest, school officials noted that rugby was a campus club rather than an official team and that the school does not recruit players. 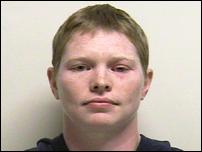 USU rugby coach charged for having sex with teen, but denies allegations

Tara Earl, 29, was arrested Thursday for investigation of four counts of unlawful sexual conduct. According to police, she started a relationship with a 17-year-old girl in November of 2010. The girl turned 18 in January.

According to police records, Earl drove the victim home after the trip to USU, and it was on that occasion that the two had illegal sexual contact for the first time. The two ended up meeting at least three more times, including on New Year's Eve at a motel in Lehi, according to police.

At the time of her arrest in November 2011, Earl told KSL that it was the teen who pursued a relationship with her, then became upset when she didn't reciprocate.

In a separate case, Earl was charged in March 2012 in 3rd District Court with three counts of unlawful sexual conduct with a 16- or 17-year-old. In that case, a teenage girl reported to police that Earl had touched her inappropriately as they rode a bus together in November 2010. In December 2010, Earl allegedly paid for a hotel room for a sexual encounter with the girl.

Earl's attorney, Sean Hullinger, noted at sentencing that, while he had been prepared to request a 60-day jail sentence for his client, he was requesting a 120-day jail sentence as part of a plea deal in the ongoing 3rd District Court case.

The details of that plea agreement have not been released. The next hearing in the case is scheduled for Friday.

I will not second-guess your diagnosis as suffering from PTSD, you served a tour of duty in Iraq, in battle. Not all wounds that soldiers suffer are physical. But as a soldier, you should have been more disciplined in relation to a child.

At Tuesday's hearing, the father of the girl in the Utah County case lamented what he said was too lenient a sentence and called Earl a predator who "saw something she liked and she went after it."

"My little girl was full of life and full of joy until this sexual predator entered into her life," the father told the judge. "Countless hours of counseling cannot repair the consequences that has been brought into my family's life."

The father accused Earl of attempting to delay the case by making appeals to the Utah Supreme Court. Earl petitioned the high court under the Indigent Defense Act for funds to continue paying the private attorney she had contracted in the two cases after she ran out of money. The court denied her appeal in May.

The girl's father also criticized Earl's claims that, as a veteran who served in Iraq, she has been diagnosed with and now battles pos- traumatic stress disorder.

Speaking to Earl's military experience — she said she joined the military at age 17 and was deployed at 23 — Pullan said Earl is entitled to and should continue to utilize services from the Veterans Administration as part of her ongoing treatment.

"I will not second-guess your diagnosis as suffering from PTSD, you served a tour of duty in Iraq, in battle. Not all wounds that soldiers suffer are physical," the judge said. "But as a soldier, you should have been more disciplined in relation to a child."

Earl wept throughout the proceedings but did not address the judge. She did, however, opt to silently read through a statement that the victim in the case had submitted to the court.