LOS ANGELES — Houston minister Monique Lampkin craves information about her family and where she comes from. Last year she and her mother visited a research library to examine Freedmen's Bank and Freedmen's Bureau records and hit paydirt.

“We were like two little girls in a candy store," Lampkin said.

The mother and daughter scoured records she called "sacred and priceless" searching for clues about ancestors who had been slaves emancipated in 1865. They made major founds in a child support document, a request for wages due, a character reference and in additional information about family residences.

“It was simply phenomenal what I was able to locate. Now we’ve been able to share this information with other family members out in California. We’re working together to discover what’s next.”

What's next for Lampkin and millions of other descendants of African-American slaves is a remarkable project that may help them discover more about their roots.

In a Juneteenth announcement Friday in Los Angeles that generated widespread excitement and jubilant parties nationwide, the LDS Church, FamilySearch.org and African-American history organizations announced the joint Freedmen’s Bureau Project, an effort to digitize 1.5 million handwritten records about former slaves and make them available for free online at a new website, discoverfreedmen.org.

The excitement on the 150th anniversary of Emancipation Day was muted by a backdrop of mourning in the black community over the shooting deaths of nine worshippers at a church in Charleson, South Carolina, on Wednesday night.

"We pray that all who mourn may find the peace that comes only from God," added Elder Christofferson, a member of the Quorum of the Twelve Apostles of The Church of Jesus Christ of Latter-day Saints.

He said the Freedmen's Bureau records have the potential to help "reunite the black family that was once torn apart by slavery."

Emancipation in 1865 freed about 4 million slaves, a tenth of the U.S. population.

“They would not have had any place to stay, any place to sleep, or any food to eat had it not been for the concept of the Freedmen’s Bureau," said the Rev. Cecil L. Murray of the Center for Religion and Civic Culture at the University of Southern California. 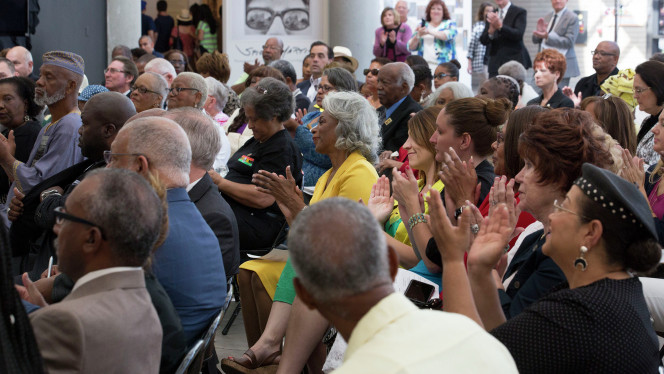 The Freedmen’s Bureau generated 1.5 million records as it ran schools and hospitals, rationed food and managed refugee camps in 15 southern states and captured a "rich resource" of information about marriages, military pensions, labor contracts and trials.

The records were the first of any kind about most of those former slaves.

“African-Americans who tried to research their family history before 1870 hit a brick wall because before 1870 their ancestors who were slaves and showed up as ticks or hash marks on paper,” said Paul Nauta, spokesman for FamilySearch. “They didn’t have a name. The slave master would just have tick marks.”

The press conference was streamed live online and included simultaneous gatherings at 31 other locations, including the Underground Railroad Museum and the National Civil War Museum.

The announcement was made Wednesday in celebration of the start of Family History Month, according to a post on the FamilySearch blog. FamilySearch International, the nonprofit genealogical organization run by The Church of Jesus Christ of Latter-day Saints, is teaming up with GenealogyBank to make information from obituaries printed in U.S. newspapers searchable online.

The Freedmen's Bureau records are similar to but separate from the Freedmen's Bank records that have been available online at FamilySearch.org since 2001.

Elder Christofferson recalled participating in the 2001 press conference where the LDS Church and FamilySearch announced the completion of the project that indexed the 67,000 account records of the Freedmen's Bank, which helped freed slaves with their new financial opportunities.

The bank collapsed due to mismanagement and fraud, but the records have become an important source of information for many black families. More than 94,100 unique visitors have accessed the records at FamilySearch.org in the past year.

"Happily," Elder Christofferson said Friday, "this time the (Freedmen's Bureau) records are 10 times greater, comprising an estimated 4 million names. And this time, the black community is uniting to help create a wonderful tool with which to discover its own family." 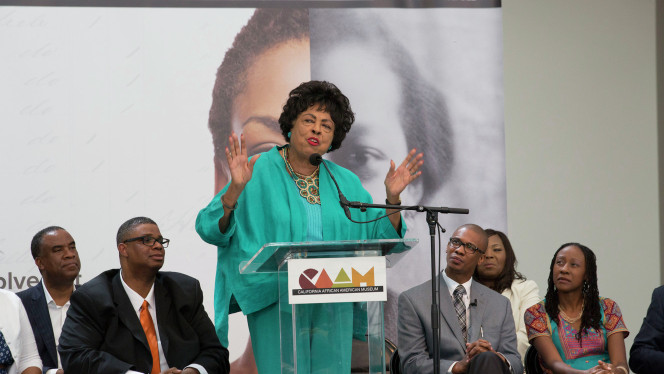 Leaders of these groups and others say the records have the ability to become transformative and healing for black Americans, who regularly hit a "brick wall" when trying to research ancestors prior to the 1870 U.S. census, the first census to include blacks.

Thom Reed, a product manager at FamilySearch in Salt Lake City, and his children hit that proverbial wall when trying to learn more about their family prior to 1870. That obstacle has separated millions of African-Americans from information about their relatives that now could lead them all the way back to finding out from which country they were taken into slavery.

"These records will open a window to a time we haven't had access to," Reed said. "We need to help make this information searchable and available to anyone looking for it. Get involved. Help us break down these brick walls. We'll only know exactly what we have as people get involved and help us."

Reed and other project leaders asked for tens of thousands of volunteers of African-American heritage to index, or digitize the documents, transforming the raw records — photographs of the handwritten documents — into typed, digital form at the project's new website, discoverfreedmen.org.

"Now that we are partnered with FamilySearch, we have an awesome opportunity," said Sherri Camp of the Afro-American Historical & Genealogical Society. "The Freedmen's Bureau records are an absolute treasure trove to us. We are totally excited to be a part of the project."

Camp called the project a "Godsend" and announced its goal, to digitize the records in six to nine months. A progress meter at the discoverfreedmen.org will track the progress. It stood at 9 percent on Friday. The records will be available on the site as they are completed and reviewed.

The effort began immediately Friday at indexing parties at 30 chapters of Afro-American Historical and Genealogical Society. 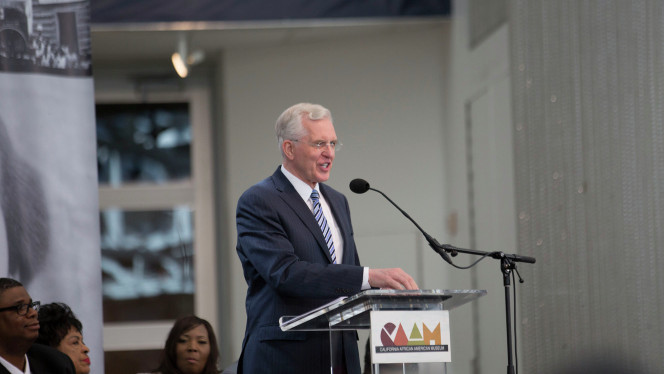 Volunteers simply log on to discoverfreedmens.org, which is live now, pull up as many scanned documents as they like and enter the names and dates into the fields provided. A guide is available on the site. Free assistance is available at any of the 1,864 FamilySearch centers in the United States.

There also is a Tips & Tricks guide for using the completed records for research as they become available.

The goal is to have the records fully indexed for the opening of the Smithsonian’s National Museum of African American History and Culture in late 2016.

The records can do more than connect living blacks to their past family, said Gentry, who descended from people mentioned in the records.

"I predict we'll see millions of living people find living relatives they never knew existed. That will be a tremendous blessing and a wonderful, healing experience."

Gentry said those records are unique.

"You need to understand these records are federal records, which are unusual in geneaology research. Usually you are working with family and county records. There is unusual breadth in these records. They give details that are difficult to find in one place for a very large population.

"These records were created when these people were alive and immediately after they were freed. You get a sense of them, of their hopes and dreams.

The press conference in Los Angeles was hosted by Jermaine and Kembe Sullivan, who were featured in the 2014 movie "Meet the Mormons."

Utahns who want to help index the Freedmen's Bureau records can meet Saturday, June 20th 10 a.m. to 12 p.m. at the LDS Chapel located at 6710 South 1300 east in Cottonwood Heights.