SALT LAKE CITY — When a conversation with Sgt. Levi Hughes of the Unified Police Department turns to teenage crime, the words carry the weight of experience.

Drugs, alcohol and criminal misdeeds soon consumed Hughes’ early life. In the ninth grade, he dropped out of high school. At 15 he packed his bags and moved out of his home — but not before taking his mother's car. At 17 he raced away from cops in a harrowing high-speed chase while piloting a bullet bike.

“My high school years were a blur,” Hughes said. “I don’t have many recollections about what (my friends and I) ever did.”

Hughes’ teenage trajectory is a familiar one: One in five Utahns have a criminal record before becoming an adult. This rap sheet isn't built up with just petty crimes, either. Arrest data obtained by KSL investigators show that those 15 to 19 years old commit the most rapes, robberies, burglaries, larceny and vehicle thefts in Utah.

According to Juvenile Justice Services, a small group of youths (5.4 percent) commit the majority of their crimes (66.7 percent). Still, one in 18 Utah youths spend time in locked detention. The kids involved with these crimes cut across all socioeconomic lines.

“It doesn’t matter what their income level is, their status in the community, whether they have both parents in the home or not,” Juvenile Justice Services director Susan Burke said. “We have all kinds of kids that are touched by substance abuse and by violence, kids that made wrong decisions.”

'If she made the road back too easy for me, I'd learn nothing'

By 20, Hughes was turning his life around.

&ldquo;It doesn&rsquo;t matter what their income level is, their status in the community, whether they have both parents in the home or not. We have all kinds of kids that are touched by substance abuse and by violence, kids that made wrong decisions.&rdquo; -Juvenile Justice Services director Susan Burke

“This path is one that far too few people ever get off,” he said. “Despite what my past meant it wasn’t going to dictate my future.”

Hughes returned to his mother’s home. Not a room, but a place on the basement floor.

“I think her parental instincts were right,” Hughes said. “If she made the road back too easy for me, I’d learn nothing, nothing from this journey.”

Hughes got a GED, then attended community college. He got a job in law enforcement — after seven tries.

“To become a police officer, what a wild dream that was for a kid with a past as discolored as mine,” Hughes said.

'If I continued down the path I was on, I would die'

According to a host of youth crime experts KSL investigators spoke to, three factors kept coming up in conversations for turning teens away from crime. Being addiction free, having a job or purpose to fill idle time and having a social sphere comprised of law-abiding friends were constantly cited by Hughes and others.

“If I continued down the path I was on, I would die — and I would die a young man,” said Hughes. Instead, these days Hughes runs a jail monitoring program for adults.

'To a teenager, your friends are everything'

Parents of teenagers know those years can be tricky. Especially during this time, peer groups and drug use share an intimate relationship. According to a 2013 University of Iowa study, best friends are the biggest influence whether teens imbibe in alcohol.

At the Mill Creek Youth Detention Center, Burke says drug addiction is a common thread with the kids she works with. Burke said kids most often turned to drugs for two reasons: recreationally with friends, or to self-medicate intense trauma from their lives. 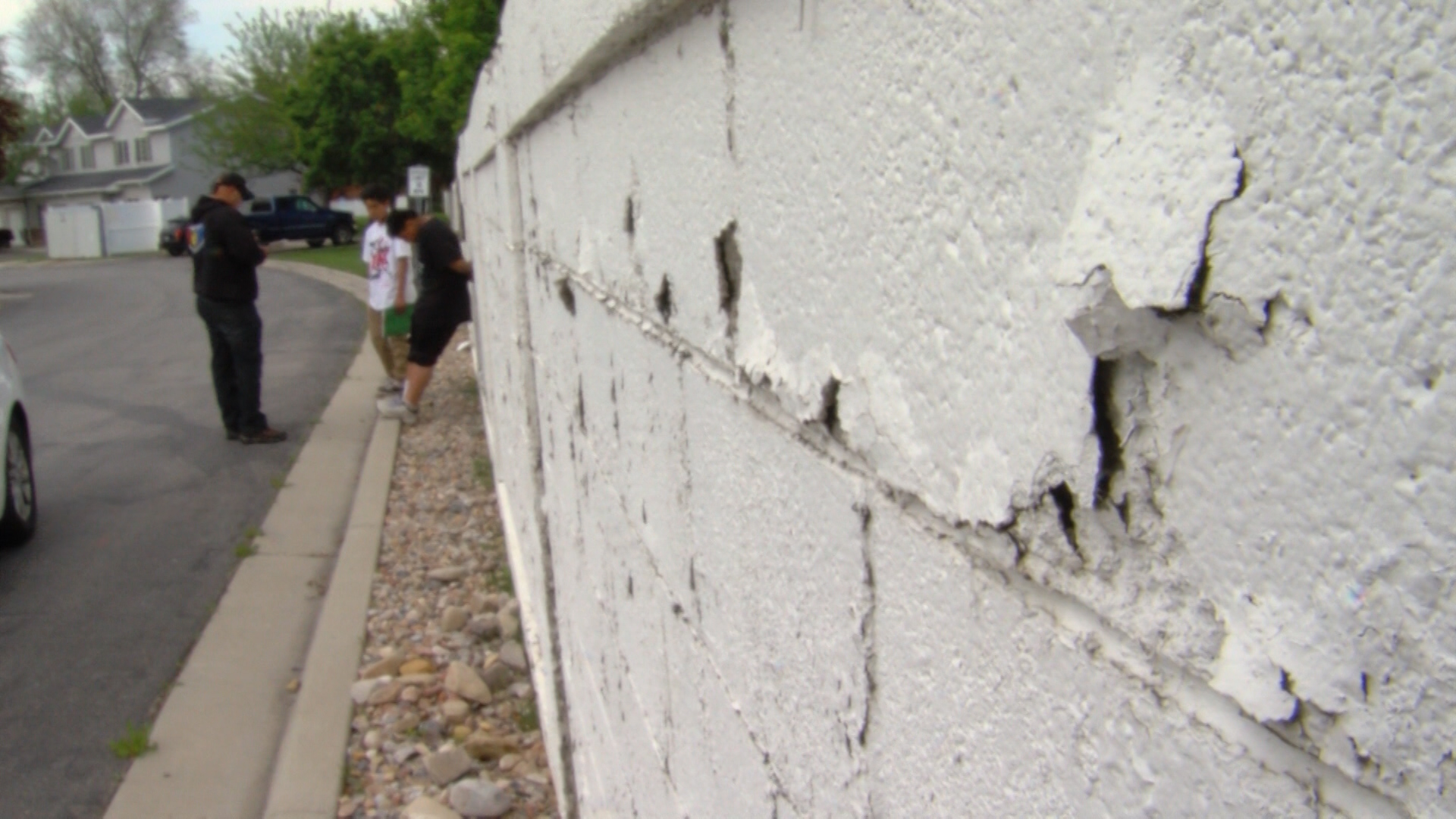 "The real key years are right there in middle school," Salt Lake City gang prevention coordinator Kris Murphy said. "It seems like in middle school is when they're trying to make a decision about who they are, how they fit in and where they want to go."

Hughes agrees: "To a teenager, your friends are everything. We grow up and we forget that — we forget how important friends are to the youth."

'The mentality of the gang is smile now, cry later'

Out on a ride with Unified police in West Valley, detective Esekia Afatasi pulls his car into a shopping center alleyway. On a concrete retaining wall, Afatasi looks for clues in fresh spray-painted tags left by a local gang.

"It's a canvas where gangs represent themselves," Afatasi said. "We're going to put all out beefs on our graffiti so everyone else can know all of our business.

Earlier, Afatasi received a tip that two rival gangs looked to settle their "beef" at the end of the school week. It's Friday, with the clock quickly closing into three. Afatasi and his partner drive off to a nearby high school.

"And they're willing to shoot people over it?" I reply.

"Yeah. Yeah, it doesn't make any sense," Afatasi said. "It's just the reality of the gang lifestyle. The mentality of the gang is smile now, cry later. Let's not worry what happens to us. Let's just do our dirt, do our crime now."

Life tries to tell you that you will go in this direction and that your choices are gone. But it's not &mdash; you get to choose.

When Hughes was 12 years old, he penned a personal letter. He wrote about marriage and starting a little family. He wrote how on weekends he wanted to be the Sunday School teacher at church. Then, on the weekdays, he saw himself patrolling his neighborhood as a police officer.

Twelve years later, Hughes found the letter. With a wife and a family and a Sunday School teacher at church, Hughes was on a better path. The change in trajectory was satisfying — if not easy.

"Life tries to tell you that you will go in this direction and that your choices are gone," Hughes said. "But it's not — you get to choose.

"Despite all the world will throw as you, it's your choice," Hughes added. "You can decide where you're going to go, you can decide who you want to be."

Torin Koos is an associate producer at KSL-TV who tries to write, film, and interview compelling people for stories that resonate with readers. Koos is from the former logging and mill town of Leavenworth, Washington, in the Cascades, and he came to Utah to attend the University of Utah and ski for the Utes. This led to years trotting the globe and chasing Olympic dreams as part of USA Olympic team at the Salt Lake City, Torino, Vancouver and Sochi Games. Email Torin Koos at tkoos@ksl.com.