At the same time, about half of Utahns say it's easy to buy alcohol or get a drink in the state.

A new UtahPolicy.com poll found that 69 percent of respondents say the alcohol laws hurt economic development and tourism, while 15 percent say they help in those areas. Another 15 percent had no opinion.

Dan Jones & Associates surveyed 402 registered voters Nov. 4-6. The poll has a margin of error of plus or minus 4.9 percent.

"The poll results aren't a surprise to me. That's basically what I've been saying for eight years," said Rep. Gage Froerer, R-Huntsville, who was elected in 2006. "What it comes down to is perception really is reality at the end of the day."

As a mayor and now a legislator, Draxler said he's had no experience with someone hesitant to come to Utah because of the alcohol laws.

Froerer, who runs bills every year to up the state's liquor license quotas for restaurants and dining clubs, said the laws hurt local businesses looking to expand more than those contemplating a move to the state.

"Our low taxes and being business friendly have a lot more to do with relocating than our alcohol policy," he said.

The availability of alcohol, Froerer said, is more of a factor for tourists deciding whether to visit Utah.

The UtahPolicy.com poll found that 50 percent of Utahns believe it's very easy or somewhat easy to buy liquor or get a drink in the state. Another 38 percent say it's very difficult or somewhat difficult, while 12 percent had no opinion.

Coincidentally, the poll came out the same day Utah reclaimed the top spot on Forbes' 2014 list of best states for business. Utah ranked first from 2010 to 2012 before dropping to third last year. 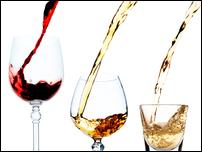 A majority of Utahns favor removing the barrier known as the "Zion Curtain" that shields restaurant patrons from liquor bottles and the pouring of alcoholic drinks, according to a new poll.

Utah has a very pro-business climate, and companies benefit from energy costs that are 26 percent of the national average, according to Forbes.

The state has become a technology hub in recent years, Forbes said, noting Oracle announced plans this year to add 300 jobs. Only five states received more venture capital funding than Utah in the first three quarters of 2014, according to the National Capital Venture Association.

Steve Schmidt, senior vice president of the National Alcoholic Beverage Control Association, said there are more ways to judge liquor policies than their impact on economic development. The effects on public health and nondrinkers also have to be taken into account, he said.

"There's no one model, there's no one group of laws that meet one purpose or another," Schmidt said, adding that alcohol policy is complex. "I find often that when you poll people on these issues, they don't always fully understand what that entire mix of laws look like."

The so-called "Zion Curtain" — a barrier required in restaurants to separate diners from alcohol pouring and mixing — is often singled out as a deterrent to business development. Proponents argue it shields children from liquor displays that might entice them to drink. Critics contend it's weird and that there's no proof it curbs underage drinking.

The Republican-controlled Utah House overwhelmingly passed a bill to get rid of the alcohol display and pouring restrictions, but it stalled in the Senate, which the GOP also dominates.