Perry hoping for 'a second chance' from voters 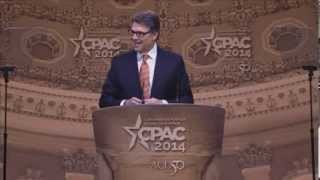 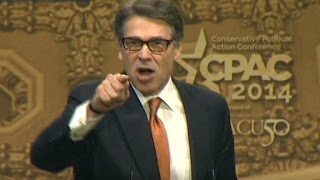 NATIONAL HARBOR, Maryland (CNN) — On the heels of a rousing morning address to the Conservative Political Action Conference that brought a sleepy audience to its feet many times over, Texas Gov. Rick Perry had a bounce in his step.

He hosted a meet-and-greet with conservative activists, young and old, in a corner room at the Gaylord National Resort outside Washington. The line snaked out the door and down the hall. He crossed paths with major conservative donors.

His advisers, meanwhile, scanned their phones, happily re-tweeting favorable headlines out of his CPAC remarks. One aide was quietly singing the lyrics to "Happy," the bouncy Pharrell Williams tune that was nominated for an Academy Award.

Perry's speech to conservatives here, thick with anti-Obama rhetoric, conveyed the kind of roaring energy that he sorely lacked during his disastrous 2012 presidential bid, a campaign faltered for many reasons: hubris, lack of preparation, feuding staff and some questionable policy pronouncements. But Perry was also suffering from the lingering effects of a 2011 spinal surgery that left him moody, lethargic and often in pain.

I have been taught to judge people on how they perform after they have fallen down and after they have failed. And how you come back from that. So I hope people will look at me and say, 'You know what? We will give you a second chance.'

A very different Rick Perry showed up at CPAC.

"It helps when you're healthy," the governor said in an interview with CNN. "When you're healthy you generally perform better. It took me a year, a year and half, to get healthy," he said, making note of a second medical procedure he underwent in 2012 to repair his right clavicle.

Echoing comments he made the previous day on CNN's "The Lead With Jake Tapper," Perry called his 2012 bid "a humbling experience."

That campaign, and its spectacular flameout, is still fresh in the minds of the Republican donors and activists evaluating the early 2016 field. Many of them remain skeptical of Perry's ability to make a second run at the GOP nomination, even though he's decided against another gubernatorial run in Texas and is actively laying behind-the-scenes groundwork for another presidential bid.

"I have been taught to judge people on how they perform after they have fallen down and after they have failed," he said. "And how you come back from that. So I hope people will look at me and say, 'You know what? We will give you a second chance.'"

Perry paused, not wanting to get too far ahead of himself with a reporter.

"If that's what I decide to do on the presidential thing," he quickly added. "Don't take that as anything other than it is an option. I am happy with where I am in life. I have a 9-month old grand baby."

Perry insisted his focus is on electing Republican governors in 2014, as part of his role on the Republican Governors Association's executive committee.

Perry said he's pleased with the group's fundraising pace this year under New Jersey Gov. Chris Christie, the current RGA chairman who also happens to be a potential rival for the GOP nomination in 2016. Perry and Christie have a well-documented chilly relationship, but he betrayed no ill-will toward his blue state peer.

Perry, however, gave credit to his fellow governors and previous RGA chairmen — including former Mississippi Gov. Haley Barbour, former Virginia Gov. Bob McDonnell, and himself — for transforming the committee into a financial powerhouse. His message was clear: The RGA is bigger than just Chris Christie.

"All of us are out there raising money," Perry said. "It's always been a team effort. We have shown people that the Republican Governors Association is a really good investment and the return on that investment is good as any organization that's out there."

Perry also weighed in on Russia's standoff with Ukraine, and President Obama's handling of the geopolitical crisis.

Like other Republicans, he accused Obama of "muddling" American foreign policy by mishandling events in Egypt and Iran, projecting an image of weakness abroad and indirectly giving Russian president Vladimir Putin a green light to move into Crimea.