Audience sees new side of Mitt Romney in Sundance documentary

But director Greg Whiteley, who followed the Romney family for roughly six years and through two campaigns to create his documentary film "Mitt," is confident that very few people know the real man behind the headlines.

Audiences got their first look at the film Friday evening during the world premiere of "Mitt," which was selected by the Sundance Film Festival as this year's Salt Lake Gala film at the Rose Wagner Performing Arts Center.

When asked about the access given to Whiteley to make the film, Romney joked that he probably would have said no if the request had come from Michael Moore.

"I wondered about having a photographer following us," he said. "Obviously we wouldn't do this for just anybody."

Romney described running for president as one of "life's most extraordinary experiences" and said he hopes people get a chance to see a little of what a campaign is like through the film.

"We loved the chance to run and meet people across the country," Romney said.

Herbert, who attended the premiere with his wife, Jeanette, remarked that it would be difficult to allow someone with a camera to document the goings-on of a political campaign.

"It’s hard to imagine because there are times when you want some privacy," he said. "There’s things that you say and think that you probably don’t want anybody else to hear or see."

As a political documentary, "Mitt" is unique in that it eschews a more typical examination of campaign ideology and strategy in favor of a portrait of a loving family that also happens to be involved in a run for the presidency of the United States.

Whiteley said that during filming, members of the campaign were reticent to appear on camera, which ultimately turned out to be a "blessing in disguise." During a question and answer session that followed the premiere screening, Whiteley said he was surprised he could make a movie about Mitt Romney turning off the lights and picking up garbage.

"We did not have a lot of access to campaign staff, but we had an incredible amount of access to the candidate and the candidate’s family," he said. "As a result, it just forced me to focus the story on that, and I think we have a unique film in political documentaries."

The film itself contains almost no footage of Romney's campaign team and very little of his 2012 running mate Paul Ryan. Instead, the film focuses almost exclusively on the Romney family, documenting their time together as they kneel in prayer, practice debate strategy, laugh along with "This American Life" and vent their frustrations over Romney being labeled by the public as a "flipping Mormon."

The film opens with Romney planning his concession speech on Election Day 2012 before jumping back six years to a family meeting in Park City, where the future candidate is weighing the pros and cons of a run for the presidency. His family would love him win or lose, they tell an indecisive Romney, before suggesting he has a "duty to God" to try. 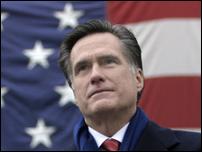 Mitt Romney documentary to show at Sundance, be released on Netflix

A documentary giving an in-depth look into Mitt Romney's two presidential campaigns will premier at the Sundance Film Festival and be released shortly after on Netflix.

Work on "Mitt" began before Whiteley received approval from Romney to make the film, the director said. Whiteley had been communicating with Romney's son Tagg Romney, who relayed a "no" from his father, but the director decided to go out on a limb after finding out about the family meeting in Park City.

"Christmas Eve, I just showed up with a camera. I was allowed in, and I filmed what amounted to be the opening scene of my movie, and I just didn’t stop filming for the next six years," Whiteley said.

Whiteley's first film, "New York Doll," screened at Sundance in 2005, and he said he's thrilled to be back at the festival.

"Sundance is the premier film festival in the world for documentary films," he said. "For somebody like me, that’s Carnegie Hall."

The festival has proven to be a reliable predictor of critical success in its documentary categories. Last year's winner of the Academy Award for Best Documentary, "Searching For Sugarman," was the opening night film of the 2012 festival, and four of this year's five nominees for best documentary premiered in Park City last year.

"We have a hunch about what films are going to have an impact," festival programmer Kim Yutani said.

Unlike most films at the festival, which compete for the attention of distributors and then spend months waiting to be screened for general audiences, "Mitt" will be available to stream through Netflix beginning Jan. 24, before the festival concludes.