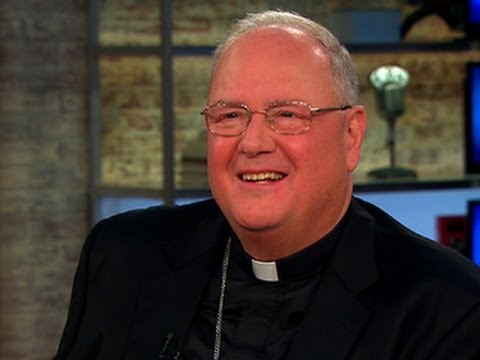 Cardinal Dolan: Pope's views on gay priest are not a shift in church teaching

And according to CNN, Dolan said the pope was "on a high" from his first international trip as pontiff when he said "Who am I to judge?" gays and lesbians.

Dolan said the massive turnout — estimates ran as high as 3 million — and ecstatic crowds likely gave Francis hope that he would "revive the church on his home continent of Latin America."

Francis was the archbishop of Buenos Aires in Argentina from 1998 until his election in March.

"The pope was visibly 'on a high' from his first international pastoral visit in Rio," Dolan said. "Understandably so. Because I was there with him, I can verify that the superlatives being used — 'oceanic' crowds, 'frenzied' welcomes, 'inspirational, heartfelt' words — are not exaggerations at all."

On the plane from Brazil back to Rome on Monday, the pope gave an 80-minute press conference in which he addressed a number of controversial issues for the Catholic Church, including homosexuality, the ordination of women and scandals involving a so-called "gay lobby" at the Vatican. Regarding gay priests, Francis said, "If someone is gay and he searches for the Lord and has good will, who am I to judge?"

No change in church teaching here ... or no intended 'correction' to a more 'dour' approach by his predecessors.

The remarks were read by some as a rejection of previous church policy, including a 2005 directive that barred men with "deep-seated homosexual tendencies" from the priesthood.Not so, Dolan said on Wednesday in a blog post. "No change in church teaching here ... or no intended 'correction' to a more 'dour' approach by his predecessors," said Dolan.

In fact, the archbishop continued, Francis does not have the power to change church doctrine.

"Catholics know that the pope, like all of us, is a servant of the truth of the Gospel, not a crafter. Doctrine is a given; it is settled, inherited, faithfully passed on. That's his duty, and he's sure doing it well."

As archbishop of New York and president of the U.S. Conference of Catholic Bishops, Dolan is widely considered the most powerful Catholic official in the country. He was also part of the conclave that elected Francis.

Since the pope's comments on Monday, conservatives have framed them as a change in tone, not substance, noting that Francis quoted from the Catholic Catechism and would hardly announced a change in doctrine during an impromptu press conference.

CNN Vatican analyst John Allen noted, however, that "at a certain point, tone becomes substance if it's seen as revitalizing the prospects of the church."

Rather than a change in doctrine, the pope's "brief remarks were about mercy," Dolan said.

"The church considers unjust discrimination against any homosexual a sin," the archbishop said, adding that "homosexual acts, which are contrary to Revelation ... can always be healed by God's mercy."

"And when God's mercy is sought, it is always given, the sin wiped away and forgotten; because of this, nobody — not the Pope, not a bishop, not a priest — can judge another!"

Other church-watchers noted, however, that Francis himself cited a previous pope while dismissing the possibility of women's ordination during the same airplane press conference.

"By saying that John Paul II had 'definitively" closed the door to women priests,' Francis was himself pointing to the fact that popes determine church law," wrote blogger Mark Silk at Religion News Service.

Dolan closed his blog post by lamenting that so much media coverage has concentrated on "these weary issues" rather than "the noble themes that ran through Copacabana Beach," where World Youth Day was held.