Orem magician turns $1 into $100 for the homeless 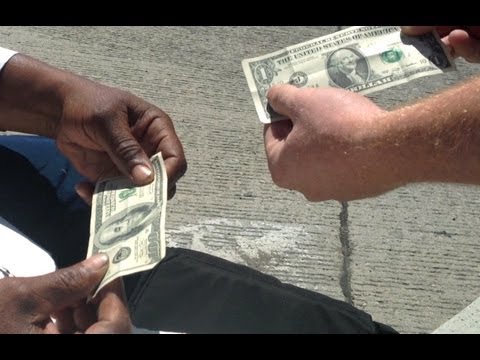 Stuart Edge used $1,000 of his savings to perform the trick, which he filmed and put on YouTube. He said "we basically just drove around all day looking for people who were panhandling."

He talked to each person for a time before performing the trick to make sure it was needed and would be put to good use, and "then we'd leave them with the $100," he said.

Edge said he has wanted to learn tricks involving money ever since he started getting into magic and that he wanted to make a video about it, but didn't know how to go about it.

I tried a bunch of different tricks, and this one just felt right.

"I tried a bunch of different tricks, and this one just felt right," he said. "I was nervous because every time I did the trick, it would cost me $100. I did the trick 10 times!"

The YouTube video shows Edge perform his trick 10 times, each time to the amazement of the person with whom he was interacting.