Principal gets prison for sexual abuse of student

HEBER CITY — A judge threw the book at a former principal Monday, calling him a "master groomer" who sexually abused young boys.

Charles Weber, 66, was sentenced by 4th District Judge Lynn Davis to two consecutive terms of five years to life in prison for two counts of forcible sodomy, a first-degree felony, in connection with the abuse of a 15-year-old boy, who was a former student.

Weber was arrested last year after he "admitted to sexually abusing several young boys over the past 35 years," FBI agent Jeffrey Ross wrote in a police affidavit filed in 4th District Court.

"There does appear to me to be a sort of tutoring process, grooming process, manipulation process as it pertains to youth in this community," the judge said of Weber. "Some of these events go back to 1975 and 1977 and some are as recent as 2012, so he is a master groomer."

Davis said Weber's behavior was especially concerning given his position as an educator in the community. Weber had been an educator for more than 40 years, most recently as principal of the award-winning Soldier Hollow Charter School in Midway.

Prosecutor McKay King said his office is aware of a number of other victims and believe there are at least two others whose cases may lead to additional prosecution. He told the judge that Weber would target young men who were going through challenging times and offer them help, which would eventually lead to abuse. 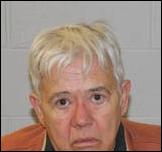 "The defendant would convince these young boys that he was the only person they could trust — over their parents and other school persons. … That they owed him the sexual gratification he got from them," King said.

The prosecutor asked the judge to take into account more than just the case at hand.

"This case is the first conviction, but the story behind this goes much beyond that," King said. "What we have is an individual who has been offending (against) young boys for 40 years, which is how this came to light."

Police began investigating Weber after a 48-year-old man told FBI agents that between 1975 and 1977 he was sexually molested on several occasions by Weber, his elementary school teacher at the time. He said the abuse began when he was 11 years old and included fondling and sex acts, the affidavit states. He also said the incidents occurred in Utah and other states.

The agents then interviewed Weber, who told them he had been a teacher for more than 40 years and he admitted sexually abusing several boys over the past 35 years, the affidavit states. During the interview, police say he admitted sexually abusing a 15-year-old boy between January and April 2012 and charges were filed in that case. Investigators later learned the teen had been a student at the school where Weber was principal.

Weber's attorney, Dana Facemyer, asked that his client be given probation, citing a number of health issues ranging from sleep apnea to kidney failure and arthritis. He also asked for concurrent sentences based on Weber's age and the fact that the charges involved one victim.

When given an opportunity to speak, Weber spoke only briefly, saying that while a presentence report indicated he had no sorrow or remorse, that isn't the case.

He added that he had a heart attack last year and cares for his 83-year-old father. He asked the judge to take that into consideration.

Weber pleaded guilty to the two counts in April. Four additional first-degree felony sodomy charges were dismissed in exchange for the man's plea.