The strange ability that predicts having a healthy body image

SALT LAKE CITY — Here's more evidence that it's what's on the inside that counts.

Researchers have found that people who are able to hear their own hearts beating are less likely to objectify their bodies, or view themselves as objects only valued for their looks.

"If people are able to stand inside their bodies and feel their body, they have a good sense of what's happening inside themselves, and they're less likely to objectify themselves," Vivien Ainley, a doctoral candidate in neuroscience at Royal Holloway, University of London, and co-author of the study, told LiveJournal. 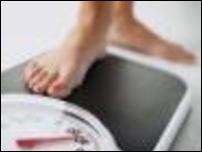 'Anorexia of the soul' suffered by more teen girls

During a stage of life frequently portrayed in movies and other media as carefree and exhilarating, many teens are consumed by a dangerous disorder.

For the study, Ainley and co-author Manos Tsakiris asked 50 female students ages 19 to 26 to sit and count their heartbeats for brief intervals. Then, the participants were given a questionnaire "to assess what aspect of their body they valued most: its strength, its health or its attractiveness," according to Yahoo! News.

The women who could more accurately count their heartbeats were more likely to answer "health" or "strength," suggesting they viewed their bodies from the inside as opposed to the outside.

The researchers believe that the inability to respond to internal cues may in fact "may be a cause rather than an outcome of high self-objectification," according to the study. "One potential explanation is that people differ in their ability to divide their attention between competing cues."

The findings are especially important because of the greater implications they may have for those with eating disorders and body image issues, the authors say.

"Women who self-objectify are those who are relatively unaware of the interoceptive cues which are related to their emotions," according to the study. "Such women may be vulnerable to clinical conditions associated with poor interoceptive awareness, such as anorexia."

The researchers believe these findings could form a basis for better treatment of people with eating disorders and distorted body images, stating that being able to "manipulate interoceptive awareness could benefit women who are high in self-objectification, as well as individuals with conditions where interoceptive awareness is abnormally low, such as anorexia."

Treatments have already been devised to help women differentiate between internal and external stimuli and to teach them skills to help fend off external stressors, allowing them to better tune into their own bodies and needs.

Researchers at the University of Arizona, for example, found that women who are armed with skills to deal with stress showed a positive body image. According to LiveScience, "to help young women at risk of eating disorders and negative body image, the researchers suggest that prevention programs include ways to make them become comfortable with the multiple and often contradictory expectations placed on them."

"It is particularly important for women to develop a sense of self-worth that is not solely based on appearance, and to build resilience to pressures they may receive from family, friends and the media," the researchers say.