SALT LAKE CITY — Three days after resigning as mayor of Cedar Hills, Eric A. Richardson was charged in federal court with bank fraud in connection with an alleged equity skimming scheme.

Richardson signed a blank loan application in February 2010 with HeritageWest Credit Union for $57,144 for a 2009 Land Rover, knowing that an accomplice would falsely represent his monthly income was $15,000 and that he was an area manager with Bentley Equities for five years, according to court documents filed Wednesday in U.S. District Court.

Federal prosecutors allege Richardson knew the statements were false because he had disassociated himself with the firm and had never received a salary from it. Authorities also contend he knew the loan exceeded the price of the vehicle and that excess proceeds would be split among others.

Richardson, 38, resigned as mayor Sunday without explanation. He had served as mayor since 2010.

He had been under fire from a group of Cedar Hills residents who campaigned for his removal from office, claiming he improperly moved recreation funds to the city's golf course to make it appear profitable, among other complaints.

In May, Richardson and Christopher D. Hales were named in a U.S. Commodity Futures Trading Commission complaint in federal court for allegedly soliciting fraudulent investments for Bentley Equities. 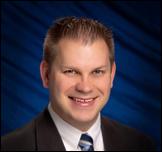 The resignation Tuesday of three Cedar Hills city officials energized a coalition of residents to keep digging in its pursuit to also oust Mayor Eric Richardson over the management of city finance.

The pair allegedly collected more than $1.1 million from 38 participants in a commodity futures trading pool and individual investment accounts. They misappropriated at least $557,000 for personal use, including food, clothes, cars, utilities and credit card payments and $71,000 to pay clients in a Ponzi scheme, according to the complaint.

Hales, 31, is currently serving a 90-month sentence in federal prison for masterminding a financial scam that took individuals and lending institutions for $12.7 million. Hales used the money to live a lavish lifestyle, including throwing $100,000 parties in Las Vegas.

Richardson was mentioned in court documents associated with Hales' other legal troubles but was not charged with a crime. Federal agents searched Richardson's home and removed several boxes in September 2010 in connection with the case.

Federal authorities will issue Richardson a summons to appear in court on the felony ban fraud charge. He faces up to 30 years in prison and a $1 million fine.