SALT LAKE CITY — How much would another Olympic bid actually cost? Where would the money come from?

The answers to those questions were discussed behind closed doors Thursday by members of the Olympic Exploratory Committee formed by Gov. Gary Herbert earlier this year to consider whether the state should bid for the 2022 Winter Games.

Previous budget discussions, including the price tag for hosting another Olympics as well as the revenue the state could expect, have also been kept private.

Before closing Thursday's meeting by unanimous vote, members were asked by Salt Lake City Mayor Ralph Becker to explain why the discussions weren't being held in public. 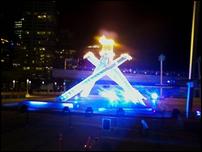 Consultant to look at possibility of 2022 Olympic bid

The state committee looking at whether Utah should bid to host another Olympics decided Thursday to spend $35,000 to hire one of its members to prepare a final report.

"I don't think it's something we want to have floating around," said Spencer P. Eccles, executive director of the Governor's Office of Economic Development, especially before the numbers for salaries, travel, consultants and other expenses are finalized.

Utah Olympic Legacy President Colin Hilton said the cost of recent bids need to be assessed as well as what the U.S. Olympic Committee will expect from a bid city. The USOC has yet to announce it will accept bids for the 2022 Games.

The committee, Hilton said, needs to settle on a budget before making it public. They need, he said, to "make a determination of the number before (others) are just thrown out there and the community reacts to a wrong number."

Becker said the specifics of the budget "gets into a competitive situation" with other potential bidders, including the Reno-Tahoe area, Denver, and Bozeman, Montana.

Herbert, who announced another bid was being considered on the 10-year anniversary of the 2002 Winter Games, has said the effort would have to be privately funded. He is expected to receive a recommendation from the committee July 1.

The lead co-chairman of the committee, Lt. Gov. Greg Bell, has said a bid could cost between $15 million and $30 million. Bell has also said that kind of money could be difficult to raise, depending on Utah's chances of getting another Games.

Becker spokesman Art Raymond said the mayor felt the topics discussed privately at Thursday's meeting "certainly fell in line" for what he believed was appropriate for a closed meeting because they focused on competition and strategy.

Raymond said that while some aspects of financing are likely appropriately handled in a closed meeting, the mayor "definitely feels like general revenue discussions should be the subject of open meetings."

On Tuesday, the mayor told members of the Salt Lake City Council that the committee sees the need to close its meetings to the public if information could be used by other cities competing for the bid against Salt Lake, Raymond said.

"He understands that as a legitimate concern and a legitimate reason to close the meeting," Raymond said. He said Becker supports openness and transparency and "will continue to be a watchdog on behalf of the public as a member of this committee."