WEST VALLEY CITY — High school buildings these days just aren't what they used to be — and that's an intentional change by districts to benefit students, taxpayers and the environment.

Along the Wasatch Front, schools currently under construction all employ new techniques and technologies that make this generation of facilities very different from the buildings they're replacing.

"The focus of education has become a lot more individualized over the past decade, and our facilities reflect that," said Ben Horsley, spokesman for the Granite School District. "We don't have that factory model mentality anymore."

A 50-acre lot in West Valley is currently home to two high schools, one of which is the storied Granger High. The other is its replacement, which is currently under construction.

Nine miles to the east, a similar scene is unfolding as work on the new Olympus High School is underway while class remains in session in the old building. The two older buildings were basically carbon copies of each other when they were first built in the 1950s, but the new structures taking their places will be unique to fit the needs of two different communities.

"A lot of people wonder why we don't have some standard plan," Horsley said. "It's really hard to duplicate a plan at any given site. ... Our students are different, our communities are different and they need different things for their communities."

I think (high schools) always have been community centers, but what the community likes to see in those types of centers has changed.

The district held several meetings and took feedback from community members to see what mattered to them. Granger, for instance, will keep its wood shop, but the new Olympus won't, because that's what the respective communities wanted. Both new Granite high schools will have rebuilt swimming pools on site because the facilitates meet needs well beyond the schools' respective swim teams.

"I think (high schools) always have been community centers, but what the community likes to see in those types of centers has changed."

In Davis County, the same is true, said Bryan Turner, director of architectural services for Davis School District. The welding program at Clearfield High has become a hallmark of the community. But other schools, like Syracuse High, don't offer the program.

Even so, students who have an interest in a particular field, but whose schools don't offer the program, can now attend a centralized career and technical center or a nearby technical college and receive credit.

Nothing detracts from student learning more than discipline problems, and architects have found that the very layout of a building can have a big impact on preventing cliques from becoming a problem.

"That's where you get some of the fights," he said.

New high schools all include large common spaces where students can congregate before school and during lunch. While they still hang out in groups, they're more easily observed by administration. Davis' oldest high school building, Bountiful High, will likely be renovated this summer and a new commons area added.

"It really helps the administration with fights and crowd control," Turner said.

Building layout influences staff collaboration and student learning as well, Horsley said, and Granite's two high schools that are being rebuilt reflect that. Subjects that complement each other are housed in the same wing, as are teachers who benefit from collaborating on lesson plans. 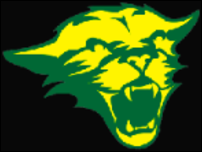 Ken Auld is the first to admit he's not the most popular administrator at Kearns High School.

"Each wing houses certain subjects that coordinate well together," he said. Older buildings were built to fit the size of the student body, but layout wasn't as instrumental. "It was just kind of cobbled together. (Today) here's a lot more focus on how the facility can enhance education."

In Davis, newer high schools are arranged in "academic houses" with courses grouped together according to what careers or degrees students hope to acquire after high school.

"We have schools within a school," Turner said.

Of course, today's buildings have many more electrical outlets and wiring and cables throughout to keep up with the demands of new technology. Even so, one change Turner anticipates to see in the next 10 years is computer labs shrinking and becoming obsolete. With computers in nearly every classroom and a shift to personal electronic devices like laptops and tablets, rows of monitors and towers will be phased out, he said, and students will take their technology with them.

Building experts say building costs have remained pretty steady over the decades when inflation is factored in. But in some cases, districts are opting to spend money now in order to save it later.

Horsley said Olympus has invested in a state of the art energy efficient lighting system. LED light bulbs will be installed throughout the building, and will only need to be replaced every 15 to 20 years. 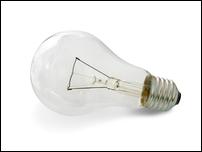 The Tooele School District is saving hundreds of thousands of dollars every year by taking simple steps to reduce energy costs.

"The savings will be dramatic. … We will be able to pay off the up-front costs within a few years," he said. "This is what statistics have shown us."

Granger's new mechanical systems and a focus on bringing natural light into the building are expected to decrease utility costs by 20 to 30 percent.

Other major cost savings are achieved by choosing when and where to build. Horsley said Granite saved an estimated $20 million to $30 million by choosing to rebuild Granger and Olympus on land the district already owned while school remained in session. It would have cost about $3 to $4 million per school to farm students out to other facilities, and several million dollars more to buy new land. With those cost cutting efforts, the rebuilding price tag for each school is about $70 million.

"That's required some creative planning and architecture," Horsley said. "But in the end it saves us a tremendous amount of money."