The fallout from the outburst, however, may last for some time.

According to Mathew Burbank, a political science professor at the University of Utah, the incident will likely cause a greater divide among the differing views of health care reform.

"This could tend to be a very polarizing event," said Burbank. "Republicans will see it one way. Democrats will see it in an entirely different way."

Burbank says overall he thinks Democrats will get the most political traction out the statement. The effects can already be seen by Rep. Wilson's opponent raising several hundred thousand dollars in a few hours. 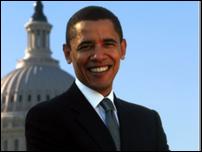 President Barack Obama says he accepts Republican Rep. Joe Wilson's apology for shouting "You lie!" at the president during his speech to Congress Wednesday night.

"The reason for that, I think, is because this really was seen by Democrats as being a very disrespectful thing," said Burbank. "I think that many of them feel like in a way this is kind of capturing Republican opposition which was just simply very negative and wasn't trying to be constructive. I think there might be some effort by Democrats to say OK, if we are not going to get help from Republicans we are going to do this ourselves. "

Burbank says this will really put pressure on wavering Democrats such as Utah's Jim Matheson. He says the party will need Matheson if it wants to move forward without the Republicans.

Burbank also says the outburst will likely rally some traction among Republicans who were disappointed with the president's speech and felt it was too partisan.

"They may feel that this was a legitimate expression of dissent," said Burbank. "They would understand why that kind of comment was made even though they wouldn't approve or endorse that sort of thing."