Memorial for Lisa Marie Presley to be held at Graceland

Lisa Marie Presley arrives at the 46th annual Country Music Awards at the Bridgestone Arena on Nov. 1, 2012, in Nashville, Tenn. Presley, singer and only child of Elvis, died Thursday, after a hospitalization, according to her mother, Priscilla Presley. She was 54. (Chris Pizzello, Invision/AP) 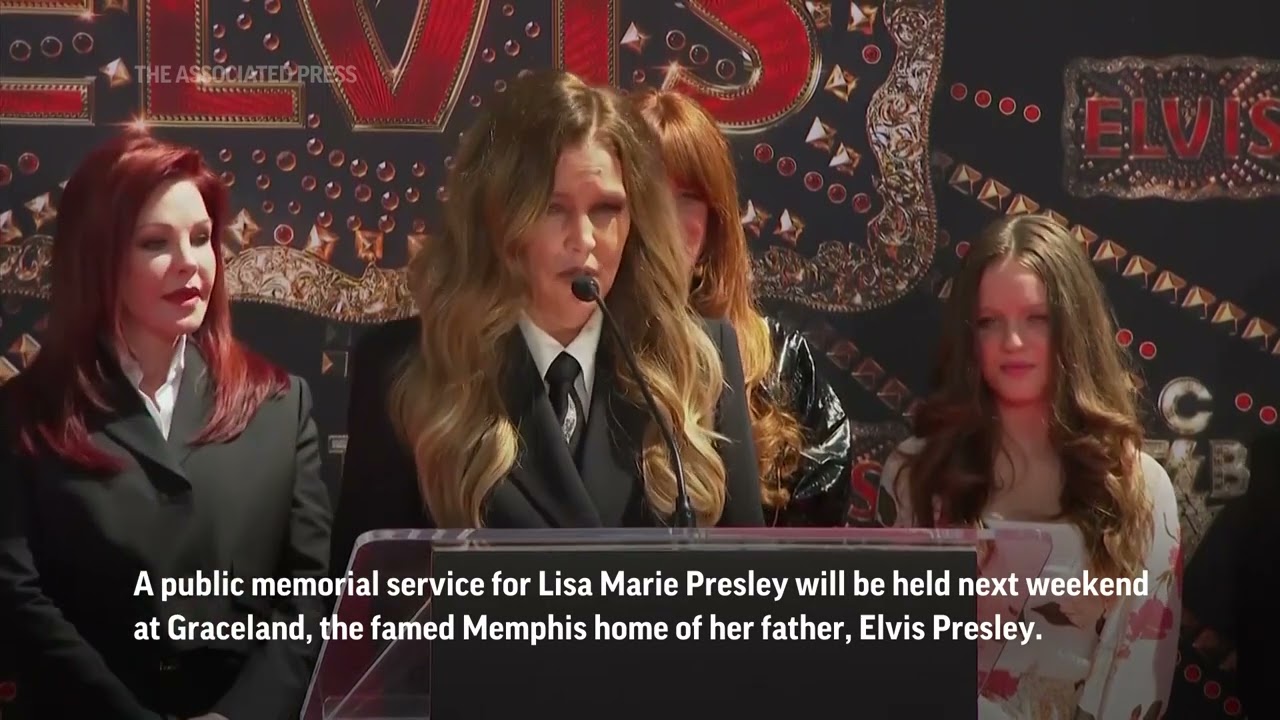 Associated Press, YouTube: Memorial for Lisa Marie Presley to be held at Graceland

MEMPHIS, Tenn. — A public memorial service for Lisa Marie Presley will be held next weekend at Graceland, the famed Memphis home of her father, Elvis Presley.

The memorial for Lisa Marie Presley will be held on the front lawn of the mansion at 9 a.m. on Jan. 22, according to a representative of her daughter and actor Riley Keough.

Presley, 54, died Thursday, hours after being hospitalized for a medical emergency.

A singer-songwriter herself, Lisa Marie did not live in Memphis, where she was born. But she made trips to the city for celebrations of her father's birth anniversary and commemorations of his death, which stunned the world when he was found dead in Graceland at age 42 on Aug. 16, 1977.

Lisa Marie became the sole heir of the Elvis Presley Trust, which — along with Elvis Presley Enterprises — managed Graceland and other assets until she sold her majority interest in 2005. She retained ownership of the mansion itself, the 13 acres around it and items inside the home.

She is survived by her mother, Priscilla Presley, and three children.