Massive gift headed to Ukraine, courtesy of neighbors in Midway

MIDWAY — The students at Midway Elementary gathered outside their school recently, waving Ukrainian flags and shouting "We love Ukraine!" as a final touch to a community donation that has been months in the making.

"I was just overcome," said Midway resident Klynn Lochhead. "It was just so amazing to see all these children telling Ukraine they haven't forgotten them."

Midway residents raised over $100,000 to buy six generators for hospitals and clinics in Poltava, Ukraine, impacted by the ongoing war with Russia, through a project spearheaded by Robert and Klynn Lochhead, who work with the nongovernmental August Mission.

"When we were over there in October and November, we asked the people what your greatest needs are right now and everywhere we heard it's generators," said Klynn. "Because the power stations are being bombed."

The Lochheads have a deep seeded love for the people of Ukraine. They've worked and volunteered there for many years, and they have a granddaughter who is from the now war-torn country.

"We love Ukraine and love the people, and we didn't know our granddaughter would be adopted from there and she was adopted from Odessa six years ago," said Robert Lochhead.

With the hope of raising enough money to buy one or two generators, the Lochheads formed a committee of friends and reached out to private donors. They then took their idea to the committee for Midway's annual Swiss Days community celebration.

"The Swiss Days people got behind it and routed a lot of the proceeds to this project, which is all the people of Midway," said Robert. "It's the whole town, so that's why we wanted to involve the school children because they've all been involved with Swiss Days," added Klynn.

For the past week, the students at Midway Elementary have been gathering in small groups in the library to learn about Ukraine and the millions of refugees who have been forced from their homes due to the war with Russia.

"I wish they could come here and be safe and everyone could be friends," said Mette Lewis, a second-grade student.

"We felt like there needed to be a safe place and smaller number where kids could ask questions and where they could hear the truth," said Sally Baird, Midway Elementary librarian. "A lot of times we would have discussions about how do you feel, and they would say 'I feel sad.' And then we would talk about (that) it's OK to feel sad, that helps us to develop empathy and compassion for others."

The students drew pictures and wrote messages of love and support to Ukrainians on posters that will travel with Robert Lochhead to Ukraine on Monday. They'll then hang on the walls in the hospital and clinics where the generators are delivered.

"The great thing about any type of service is it gives back (tenfold), doesn't it? And you feel so much better when you serve others, and you give of yourself and so today was about the teaching of giving of yourself to others that need us," Baird said.

That support was felt recently as hundreds of Midway Elementary students stood outside, bundled up waving their Ukrainian flags and filming a final message for the people of Ukraine. And at the center of that group was the Lochhead's granddaughter who enthusiastically waved her small Ukrainian flag. It was a moment the Lochheads say they'll never forget. 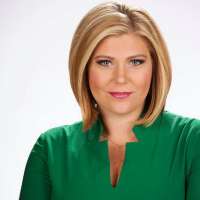