Transfer QB Kedon Slovis is BYU-bound, but who's catching his passes? 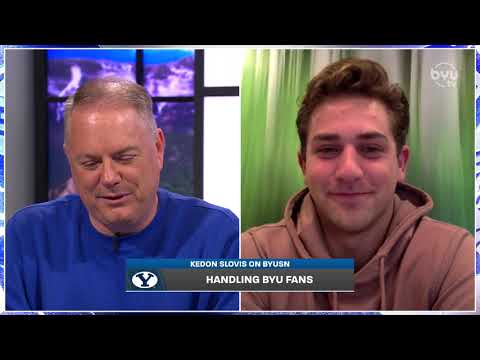 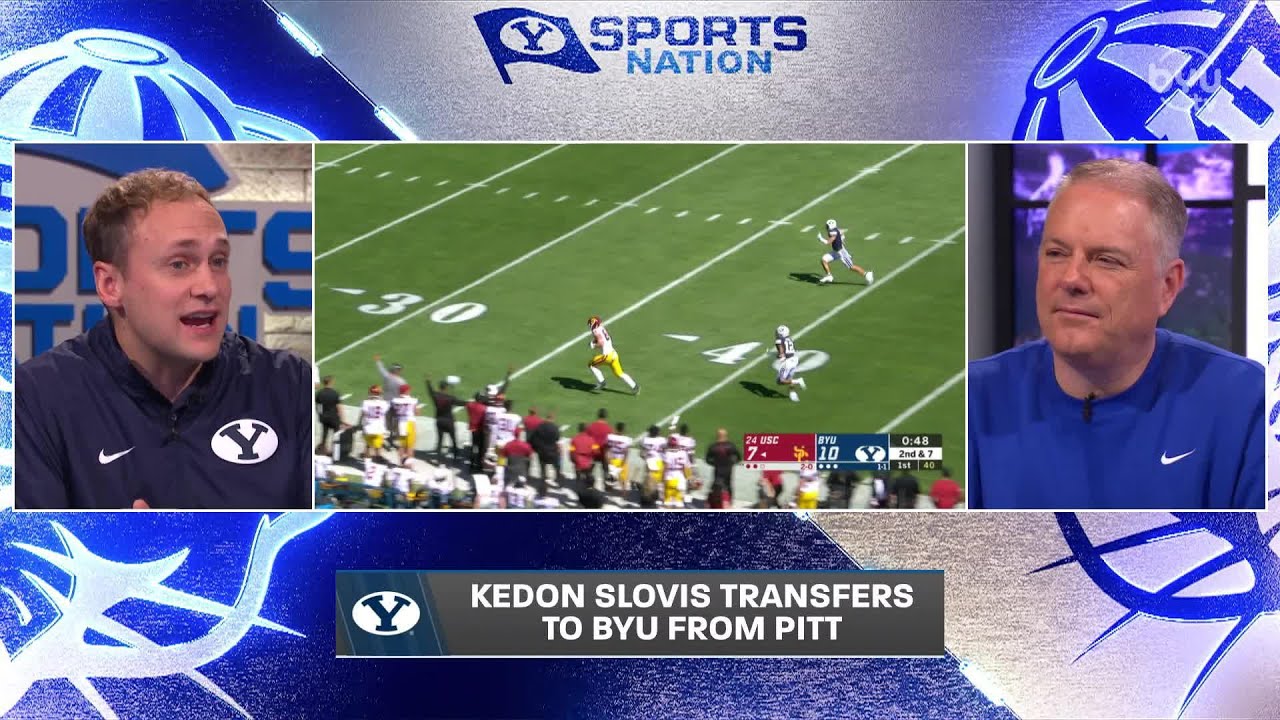 PROVO — With the benefit of hindsight and the completion of his transfer paperwork in the rear-view mirror, Kedon Slovis admits he knew something that most BYU fans didn't know before he announced his transfer from Pitt to play out his final season of college eligibility for the Big 12-bound Cougars.

He had some inside knowledge about outgoing quarterback Jaren Hall's decision to declare for the NFL draft.

"Jaren was actually kind of aware of the situation," Slovis told BYUtv in his first interview since declaring his fifth-year transfer to BYU. "I knew him last year; he's a great guy. Jaren kind of helped me out. I was pretty certain it would be BYU, but I think he held off on announcing so I could scramble and get the announcement and the graphic ready.

"I kind of knew before everyone else, but we didn't want there to be a delay between the old BYU quarterback and the new one."

Slovis will report to BYU on the first full weekend of the New Year — sometime around Jan. 7, though wide receiver Chase Roberts has already texted him to see if the former USC signal caller can arrive sooner from his parents' home in Scottsdale, Arizona.

But the 6-foot-3, 215-pound quarterback has already begun building relationships with his new receivers and pass catchers. Slovis took a visit to Provo shortly after declaring his intentions to enter the transfer portal; and while there, he collected the phone numbers of Roberts, Keanu Hill, Kody Epps and the rest of the BYU receiving group to pick their brains and establish trust with the group — even before he had finalized his decision.

But a group that he first got to know when he worked out with Hall and former BYU quarterback John Beck of 3DQB in Southern California began to assimilate in his mind, and Slovis began to picture himself running Aaron Roderick's offense. But the conversation began to go two ways after those thoughts began to become more and more real.

"I thought they were talented, and then when I came on my official, Kody came out and was recruiting me really hard, texting me," said Slovis, adding he spent a lot of time with tight end Isaac Rex, as well. "Since then, I've been able to reach out to those guys and let them know I am coming. I'm excited. We've got an opportunity to compete next year in the Big 12. I think we're excited to go make a statement."

After standout receiver Puka Nacua declared for the NFL draft, Epps (459 yards, six touchdowns) and Hill (572 yards, seven touchdowns) will be the Cougars' lead returning receivers, but BYU also plans on adding to the group, both from high school recruits and transfers. Eastern Washington receiver Freddie Roberson, who caught 45 passes for 797 yards and seven touchdowns last year, will reportedly visit Provo as a potential graduate transfer destination. The 6-foot-2, 195-pound wide from Seattle also has interest from Arizona State, Washington State and Tulane, he has said.

The Cougars also have an offer to Snow College receiver Marquis Montgomery, a 6-foot-5 native of Kapolei, Hawaii, who had 329 receiving yards and five touchdowns in two seasons with the Badgers.

BYU will be looking toward those receivers following the departures of Nacua, Gunner Romney and Brayden Cosper to the NFL draft and/or away from BYU. It's a transition that a signal caller like Slovis — who was the Pac-12 Freshman of the Year in 2019 after completing 71% of his passes for 3,502 yards and 30 touchdowns with nine interceptions before coaching turmoil led to his transfer to Pittsburgh last season — hopes to aid as the Cougars prepare for their first season in a conference after a decade of independence.

"It's a good conference, but it's not like BYU hasn't played very good teams," Slovis said of the Big 12, whose champion Kansas State will face Alabama in this weekend's Sugar Bowl before TCU opens the College Football Playoff semifinals against No. 2 Michigan. "That aspect helped, and the other one was an extra sense of urgency from the staff and the players knowing that the jump to the Big 12 will be huge for them.

"Whether they knew it or not, it was felt from my end — and that's what I wanted with my last year of eligibility."

Slovis won't be handed the starting quarterback job; KSL.com has learned that the Cougars plan to bring in another transfer quarterback, likely from the junior college ranks, to compete with the former USC standout for the position. That's in addition to incumbents like Sol-Jay Maiava-Peters, Cade Fennegan, Nick Billoups, and former Corner Canyon standout and Yale freshman Cole Hagen.

Roderick has also publicly said that he planned to sign "at least two" quarterbacks from the transfer portal, in addition to freshman Ryder Burton from Springville.

But Slovis chose BYU for what he believes he can do in Roderick's offense, one that will highlight the strengths of a 9,000-plus yard career passer with designs on making a splash in the Cougars' first season in the Big 12 before boosting his NFL draft stock.

He'll also look a little bit different; Slovis' No. 9 jersey of the past four years has been retired at BYU as a nod to Jim McMahon and other former standouts who donned the number. His plan? Move one number up, to the jersey formerly worn by Maiava-Peters (who wore No. 5 in starting the New Mexico Bowl after tight end Dallin Holker vacated the jersey in transferring to Colorado State).

"I never actually chose 9," Slovis admitted, "so I think I'm going to go close to it and go with 10 this year. I've always wanted double digits, always liked No. 10, and I kinda wanted to wear it. I guess this is the right time."