No. 12 out: BYU standout Puka Nacua declares for the 2023 NFL draft 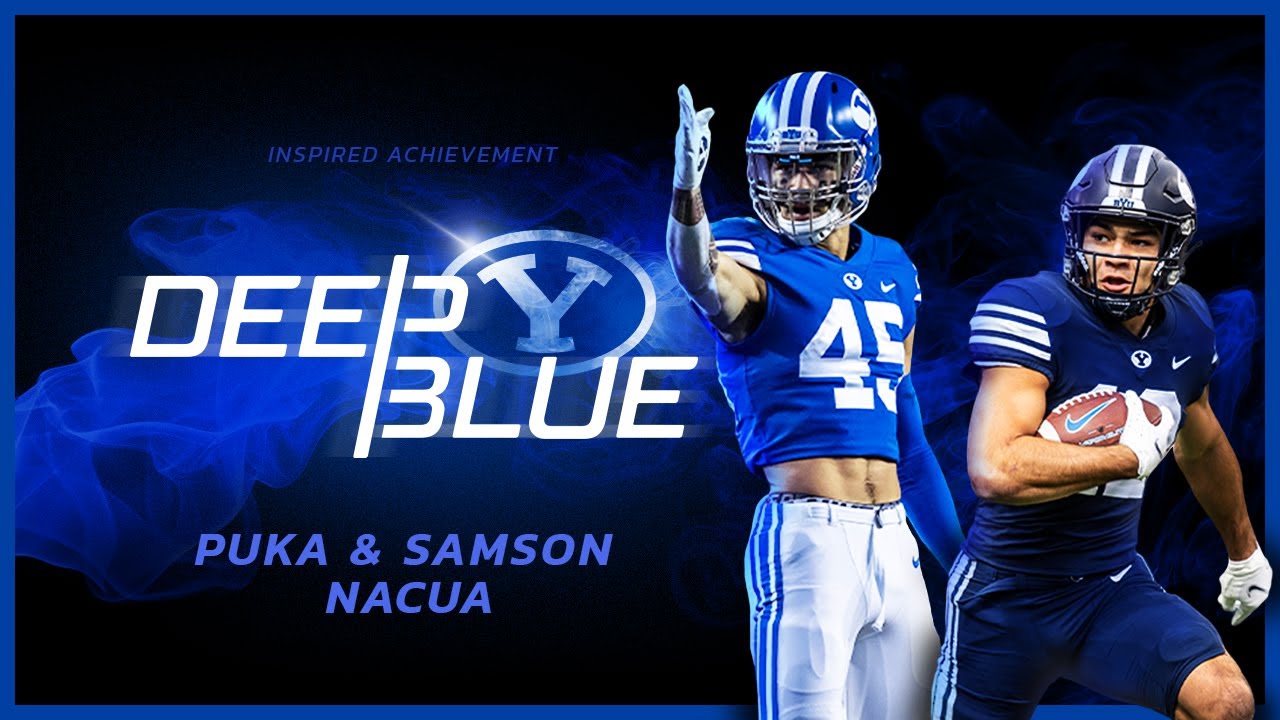 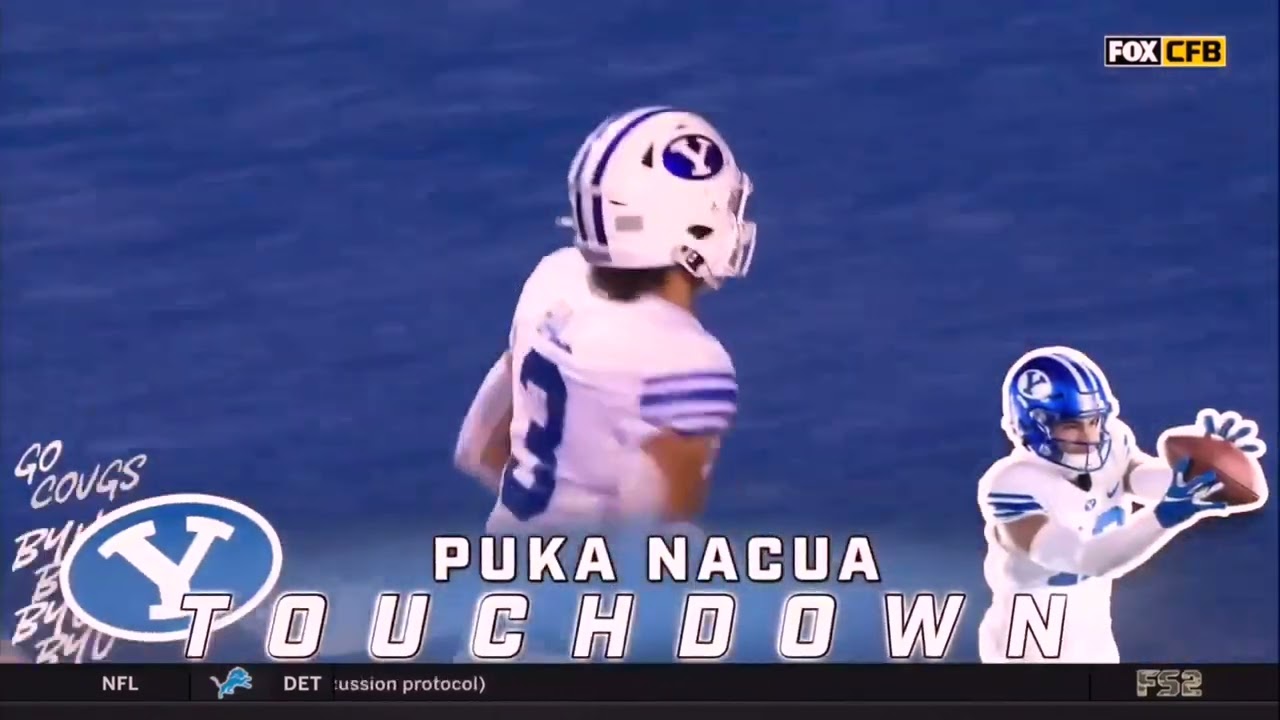 PROVO — Blink and you may have missed it, but Puka Nacua's time at BYU has come to an end.

Nacua, who totaled 1,430 yards and 11 touchdowns in two seasons in Provo, declared for the 2023 NFL draft on Wednesday, officially opting out of his final season of eligibility after four years in college with a post on social media.

"As I leave BYU and declare for the NFL draft, I want to recognize and thank the people who have supported me and helped me get to this point in my career," Nacua wrote. "I am exited to start this new journey and fulfill this dream of mine.

"I first want to thank my family: my mother brothers and sister; I would not be in this position without their immense love and support. I know I have and will continue to make my dad proud, and I know he is always watching over me. I am grateful to have been able to see my brothers go through this stage, and I am ready for my time.

"I want to recognize my brothers that I shared the field with at BYU and UW, whom I have created friendships with, as well as the coaches/staff that has helped support and push me to where I am now."

A former Orem High standout who totaled a Utah state record of 5,226 receiving yards and 58 receiving touchdowns on 260 career receptions, Nacua came to BYU with his older brother Samson after two seasons at Washington, where he had 319 yards and three touchdowns in two seasons (one of which was cut short by injury).

A MaxPreps and USA Today first-team All-America and Utah Gatorade Player of the Year in 2018, Nacua immediately made BYU better by leading the Cougars with 805 yards and six touchdowns on 43 catches as a sophomore in 2021 an eye-popping 18.7 yards per reception.

After earning Phil Steele All-Independent first-team honors on offense and Independent wide receiver of the year by Pro Football Network, Nacua returned for his junior campaign in 2022. He battled through a number of injuries — including an ankle ailment in the first game of the season at South Florida — to finish with 625 yards and five touchdowns on 13 catches, a 69.4 yards per game average that included no bigger possession than the toe-tapping touchdown he hauled in to beat Boise State with a 157-yard, two-touchdown performance on the Blue Turf.

His 14 receptions that night tied Jay Miller, Phil Odle and Reno Mahe for No. 3 in program history in receptions in a single game, and his 157 receiving yards was the second-most of his BYU career behind 168 yards he posted along with a touchdown in a 28-24 loss at Baylor in 2021.

Nacua has already committed to the Reese's Senior Bowl for aspiring NFL prospects, where he will join quarterback Jaren Hall and left tackle Blake Freeland. Hall declared for the draft last week, a day before BYU received a commitment from USC and Pitt transfer Kedon Slovis, while Freeland has yet to formally make his intentions known.

Players are not bound to return to college football following the Senior Bowl, so long as they do not sign with an agent. But for the vast majority, the Senior Bowl is seen as the capstone to their collegiate career.

The trio are likely to be joined in the draft by fifth-year offensive tackle Harris LaChance, a 6-foot-8, 305-pound blocker from Herriman who had one season of eligibility remaining due to COVID-19; sixth-year senior Joe Tukuafu, the 6-foot-4, 300-pound interior lineman from East High; and wide receiver Gunner Romney, the 6-foot-2, 195-pound senior pass catcher from Chandler, Arizona, whose specific intentions are unknown but whose wife and family have all declared him "done with college football" as the couple moved out of their Provo-area apartment following the season and returned to Arizona.

I'm grateful for all that Gunner Romney has done for BYU Football. He's grown so much as a leader. Despite the trials & adversity he's faced here, he continued to show up & work. We'll miss his presence & big plays! But we know he's on to great things! Much love Gunner 🤙🏽 pic.twitter.com/FVKkq0En0w

Romney could take a shot at the NFL, though he will also face significant health challenges after a lacerated kidney during fall camp led to internal organ bleeding that led to him playing in two games to cap his his five-year BYU career with 122 receptions for 1,959 yards and nine touchdowns.

Other players who have opted to leave BYU include offensive linemen Clark and Campbell Barrington, who have left for Baylor; wide receiver Brayden Cosper, who announced following the Cougars' regular-season finale that this year would be his last; linebacker Jackson Kaufusi, who made a similar announcement following the New Mexico Bowl; Jake Oldroyd, the kicker whose near-decade career spanning Kalani Sitake's career came to an end in Albuquerque as the program's all-time leading scorer; and Keenan Pili, the former Timpview linebacker who entered the transfer portal and committed to Tennessee.