WEST JORDAN — This is the biggest weekend of the year for Christmas tree shopping, especially for those looking for a real tree.

Yet, some shoppers may notice a 10% to 12% price increase in the cost of trees, amounting to anywhere from $10 to $20 more than what you may have paid last year.

One local farmer, Ryan Schmidt, said these price increases have happened every year for at least the past three years.

"We're just not seeing as much availability in trees," Schmidt said.

Schmidt is a fourth-generation farmer, carrying on his great-grandfather's legacy with his business, Schmidt's Farm and Greenhouse.

"My great-grandpa emigrated from Germany in the late 1890s to Salt Lake City," Schmidt explained.

In 1911, great-grandpa Schmidt moved to West Jordan to farm – something his son took over.

"Grandpa did trees and even Christmas trees," Schmidt said.

The farm was then turned over to Schmidt's parents, but they focused on other crops.

This is the biggest weekend of the year for Christmas tree shopping, especially for those looking for a real tree. 🎄

Nationwide, prices continue to rise for Christmas trees. Tonight on @KSL5TV at 10 PM we talk with a local farmer about what you can expect. pic.twitter.com/xmT1sHPmCk

Each Christmas tree brings different characteristics, according to Trevor Dunford, who's worked with Schmidt since 2020.

Dunford said the Noble Fir is the strongest, lasts longer, and holds up ornaments the best.

"It's definitely our most popular," Dunford said.

The Grand Fir is the most fragrant of the three but is not as strong. The Nordman is distinguished by its silver color.

"It's more so preference than anything else," Dunford said.

It's also about availability. Due to increased prices, Dunford said they purchased fewer trees for the 2022 Christmas season.

Schmidt said the prices have continued to rise due to weather issues, like extreme heat and fires.

Local fuel costs have made transporting the trees increasingly difficult, and Schmidt said even growers are re-evaluating the costs of producing Christmas trees versus other crops.

"It's a challenging thing to bring a tree to maturity. It's a seven-to-eight-year process," he explained. "Other crops are more profitable, and so growers are getting out of the Christmas tree business."

Demand for artificial trees has been rising for the past twenty years, creating a less-hassle alternative. Some shoppers have even expressed safety concerns when they visit Schmidt's Christmas tree lot.

Christian Sainsbury, who works for Schmidt, tries to soothe shopper's anxiety over a real tree.

He said to use Christmas tree preservatives to help retain the tree's moisture and to keep trees away from plugs.

"The biggest reason to have a real tree is to have that smell in your home," Sainsbury said. "Bring it home, give it some love and decorate it."

Even with shopper concerns and market constraints, Schmidt hopes to make everyday life a little brighter with a fresh Christmas tree.

"We want to provide an experience that people want to remember and recreate year after year," Schmidt expressed. 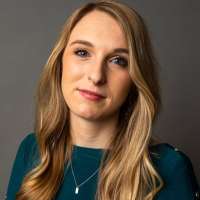