'He is such a gentleman': A duck tale forged in tragedy and love 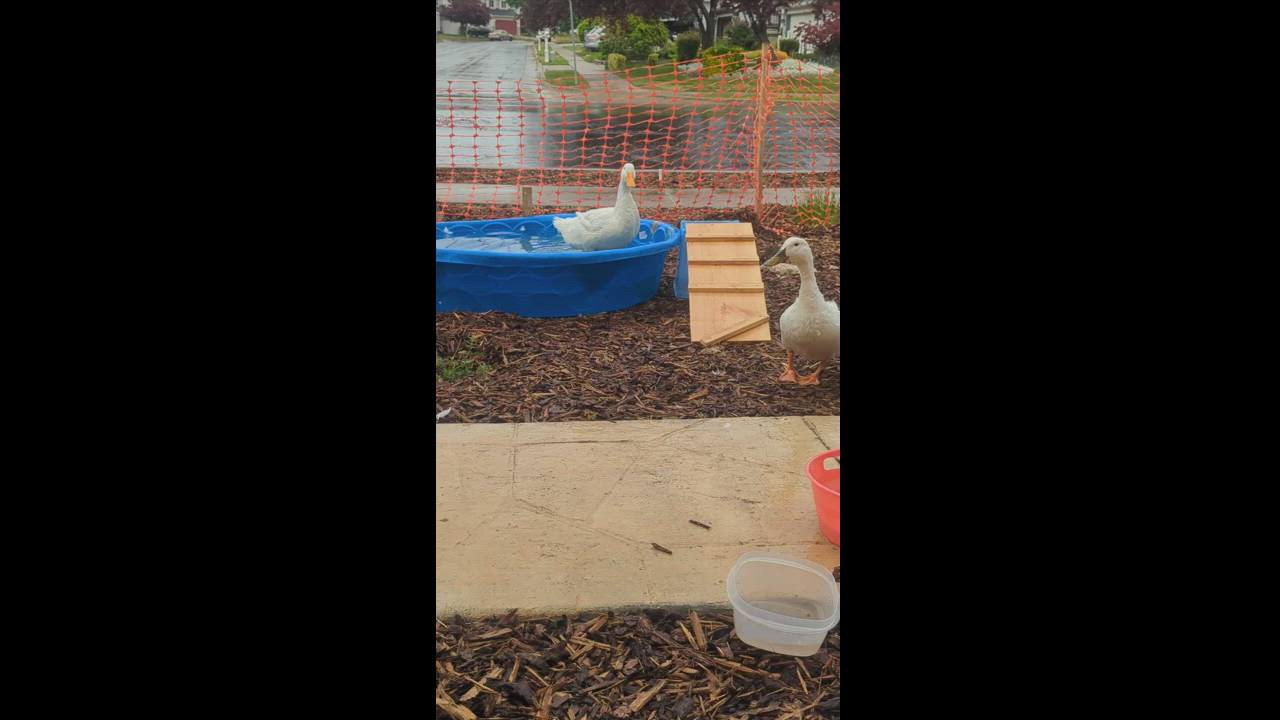 FARMINGTON — It's a love story with tragic beginnings. A boy with a broken heart meets a girl who has her own tragic backstory, and together they mend their broken parts and waddle off into the distance.

Puddles and Gompers are two domesticated pekin ducks who were both abandoned at local ponds, and have recently been rehabilitated and will soon live together in their forever home.

According to Adison Smith of Wasatch Wanderers, an animal rescue service serving the Wasatch Front, the two feathered friends needed each other.

"Gompers is a female pekin who was abandoned at a pond in Highland, and was left to fend for herself," Smith said. "She got an infection in her foot, and she couldn't walk well on it because the way she was bred, she is too heavy for her legs. Ducks' bones are also hollow, so to clean out the infection, she would need to have surgery."

Smith, who works with a team to relocate and rehabilitate many animals including ducks, posted a picture of Gompers' foot that was swollen badly due to the infection. With the help of crowdfunding, they were able to pay the $800 bill for surgery. Smith said that Gompers has really pulled on the heartstrings of many, including an artist who painted a picture of her.

"Gompers is obsessed with water more than most ducks," Smith said. "She is addicted to water. Since her surgery, she has had to have a little booty to keep her foot dry, and she is not happy about that. She gives me this look like, 'Where is the water? I want to play.' Animals can find joy in the simplest of things.

"After seeing Gompers on our account, a gentleman painted a picture of her and talks about why he connects with each of the ducks. The world is such a dark place. These ducks bring so much joy. That's why a lot of people donate. The infection has happened because she was abandoned and not properly taken care of in the first place."

Puddles is a male pekin who was abandoned at the BYU duck pond. And according to Smith who frequented the area along with other rescuers, said that over the years she observed Puddles and another female duck named Jerry together all the time. Smith described Puddles as a "gentleman."

"Puddles had a mate for several years at the BYU duck pond, and he was so sweet to her," Smith explained. "He never over-mated her. He always wanted to be by her. I've never seen a duck relationship like Puddles and Jerry. Most male ducks are hormonal and are aggressive with the females. He never did that with Jerry. He was always such a gentleman."

As time went on, Puddles and Jerry were eventually rescued and fostered together, but Jerry passed away shortly after due to health complications. Smith explained that she could see a change in Puddles' demeanor.

"After Jerry passed away, Puddles was just so sad," Smith said. "His appetite went down, and he would go around looking for her."

"Gompers helped Puddles get out of his slump and showed him that he could still have a good life even without his beloved," Addison said. "Gompers brought him out of his shell and showed him that you can take treats and trust. He wouldn't make noise after Jerry died. Now he quacks and eats the food. Gompers taught him how to go through the straw and do fun things foraging for food."

Smith said she observed a change in Puddles when Gompers went in for surgery, that really showed what a loyal friend and mate Puddles really is.

"When Gompers went in to have her surgery, Puddles was distraught," Smith said. "He was acting down, and was really upset when she was gone. "They both had a rough start and were illegally abandoned. Now Puddles and Gompers are best friends."

'Looking past the barriers'

Smith acknowledged that many might see not only this duck tale as silly, but saving the lives of what some might consider "food" as being a poor use of time and funds. Even so, she said that she hopes this story could allow people to see things through a different lens.

"People see them as food or disposable, but a lot of people get ducks because they are pets," Smith explained. "Just like cats or dogs, they can show just as much love, are extremely intelligent, and a lot of people find them to be very therapeutic.

"It's just a matter of looking past the barriers we've built for ourselves and seeing that animal for the life that it is. Those animals have families and friends and personalities. These animals have feelings, and they love life and treats, and have their own quirks. It's the humans who haven't treated them right."

Gompers is still on the mend from her surgery, but will soon move to her forever home with Puddles.