One obstacle they face is getting around town without a car, which is why the community stepped up to give them a lift.

Communities from different faiths — including The Church of Jesus Christ of Latter-Day Saints, Protestant, Catholic, Jewish and Muslim — raised money to purchase minivans for four Afghan families in Utah.

"These folks come over and they end up all over the valley and they have to travel large distances to be able to get food, to school and to just buy whatever essentials they need," said Jeff Kirkham, retired U.S. Army special forces.

The group gathered in Bountiful last week to roll out the donated minivans.

Kirkham served in the U.S. Army special forces with these former Afghan soldiers and considers them friends.

Hunted by the Taliban and al-Qaeda, he says the men fled Afghanistan with their families, leaving everything behind.

Kirkham says about 100 families now call Utah home, and he's happy they can navigate their new surroundings with no worries.

"We're hoping it's a program that will keep moving forward because this is really empowering them so they can get out and get around and really start to live the American dream," he said. "They're a great people and I think they'll be great Utahns."

Kirkham says these minivans may have one owner, but they're planning on sharing it with other families to help them get around.

This is the fifth minivan the group has donated. They're hoping the communities will continue to give so they can secure at least 15 more minivans. 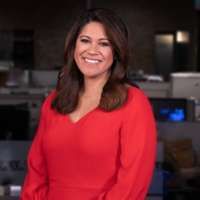