No 5-second rule for this fallen KFC chicken bucket 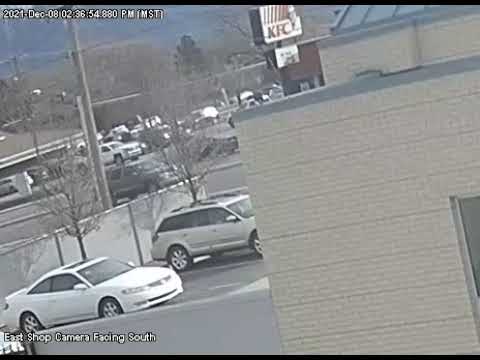 RAW: Security camera footage shows KFC sign fall on its own in Utah

TAYLORSVILLE — KFC might be finger-lickin' good, but we don't recommend diving into the bucket of chicken that fell in Taylorsville Wednesday afternoon.

Crews closed parts of 4700 South after a giant KFC chicken bucket fell over, blocking multiple eastbound lanes near the intersection with Redwood Road.

Sgt. Jeff Smith of the Taylorsville Police Department said fortunately, an officer happened to pass the scene right after it happened. Just not quite in time to apply the five-second rule.

"They called out on the radio that they were diverting due to the KFC bucket and sign falling off and blocking all three of the eastbound lanes of 4700 South," Smith said.

No one suffered any injuries — not even a chicken.

Because the officer arrived on the scene so quickly, Smith said they also prevented any further mishaps with passing vehicles.

"They were able to divert traffic to one lane eastbound and just move some of the — I guess what they were calling it was 'bucket shrapnel' — they were able to move that out of the far left lane and they kept traffic flowing," he added. "Nobody was hurt, no vehicles were damaged."

Police don't yet know what caused the giant chicken bucket to fall. While heavy winds often precede a storm such as the one forecast to arrive Thursday in northern Utah, the wind speeds at the time the sign fell ranged between just 5 and 15 miles per hour.