BYU's Kennedy Eschenberg puts down a kill during the No. 15 Cougars' women's volleyball match against No. 10 Utah, Thursday, Sept. 16, 2021 in the Smith Fieldhouse in Provo. (Nate Edwards, BYU Photo) 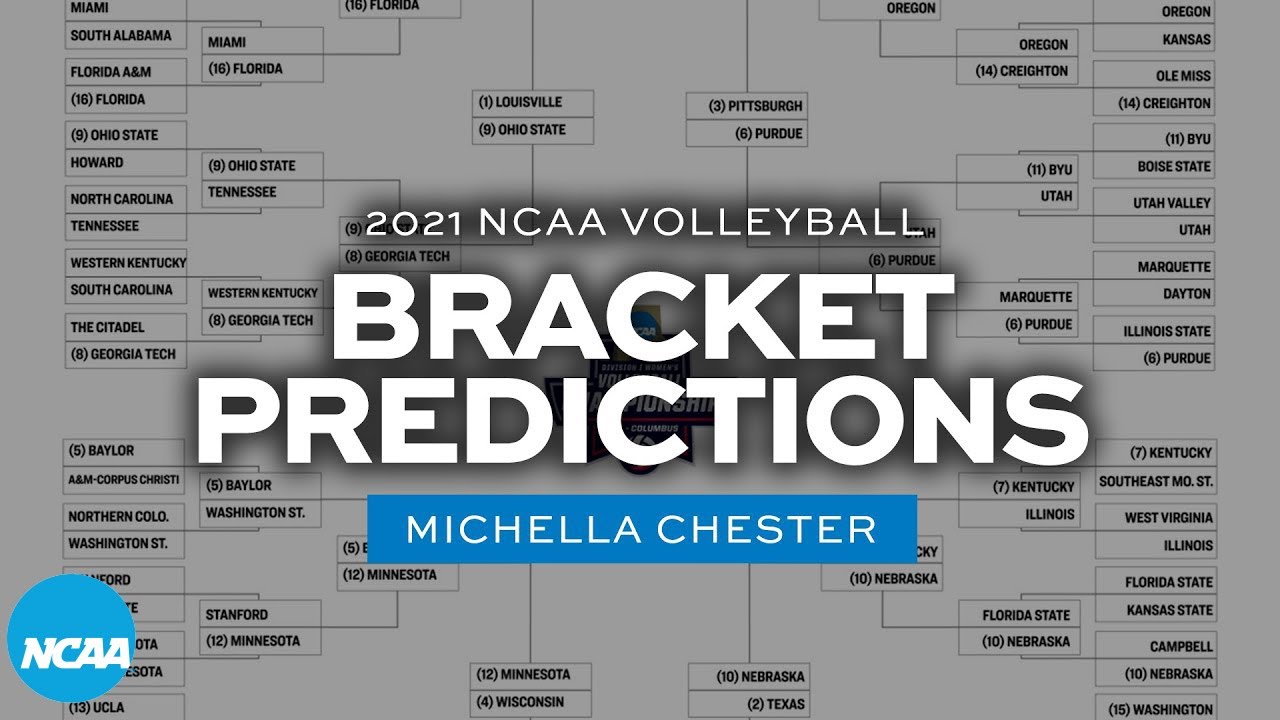 PROVO — It's been over a decade that BYU women's volleyball has been able to rely on the Smith Fieldhouse to open the NCAA Women's Volleyball Tournament, with few exceptions.

And every year gets better than the last.

The 11th-seeded Cougars will host the opening round in Provo at 7 p.m. MT Friday against Boise State. Utah and Utah Valley will open the subregional at 5 p.m. MT, with both matches streaming on ESPN+.

If you think it's been a while that BYU hasn't started the tournament at home — besides last spring's neutral-site tournament on behalf of the COVID-19 pandemic — you'd be right. The Cougars have established themselves as a national power in women's volleyball, including rising as high as No. 4 in this year's AVCA Coaches Poll.

So all the talk about whether BYU is under seeded, or if the outdated RPI does or doesn't favor teams from non-power conferences like the West Coast Conference? It means very little to the Cougars.

They're just happy their path starts at home.

"Never take it for granted that we're playing at home. This first match, we get to host four great teams, and our team understands everyone in the tournament is a great team. We're looking forward to that."

A potential rematch with a rival — either crosstown or cross-state in the Wolverines and Utes, respectively — potentially looms in the second round. But the Cougars don't want to hear about any of that.

Their focus is squarely on Boise State. There are two teams in the regional that have already lost to BYU; the Broncos aren't one of them.

The most important match of the season is the next one, or at least, that's how the Cougars have envisioned it. That was the motto middle blocker Heather Gneiting repeated — one passed down from Olmstead and the rest of the coaching staff.

With six conference titles in seven years in the WCC and four Coach of the Year honors, Olmstead knows a thing or two about winning. Add to it the program's first undefeated conference season since 1993 and Gneiting admits it was easy to buy into the philosophy — as cliche as it may sound to the outside.

"The next game was always the biggest of the year, because it's our next game," said Gneiting, an All-WCC first-team selection in her first season since returning from an 18-month mission for The Church of Jesus Christ of Latter-day Saints. "Heather would always say that, and it was the focus of our team. We knew we couldn't win the WCC without winning the next game. It kept us staying in the present, and to just play to win."

The Cougars are riding a 21-match winning streak in Olmstead's sixth season with 20 or more wins and the first undefeated record in conference play since 1993. Led by WCC Player of the Year and Utah graduate transfer Kenzie Koerber and Setter of the Year Whitney Bower, the Cougars ranked second nationally in opponent hitting percentage at .118, second in hitting percentage at .339, and fifth with 14.38 kills per set.

Gneiting is the No. 3-rated hitter in the NCAA, smacking balls at a .464 clip.

And while all of that — the stats, the accolades, the winning streak and historic conference play — is nice, they know it doesn't mean anything once the first serve is tipped against the Broncos, the No. 5 team in the Mountain West that won three consecutive matches to take the league's auto bid via the conference tournament in Las Vegas.

"It's hard for me to believe, for all the good teams that have been at BYU. I was shocked at that stat, and nobody told me until after our games," said Olmstead of the conference winning streak. "I know between Elaine Michaelis and all the great coaches and players here — I found that hard to believe.

Led by Mountain West Freshman of the Year Paige Bartsch and all-Mountain West honorees Lauren Ohlinger, Danielle Boss and Alyssa Wissinger, Boise State leads the nation with 355.5 total blocks and is second in service aces with 228.

"They're hot," Olmstead said of the Broncos. "Their offense is flowing, with two middles they like to use all over the court.

"I think offensively, they do some things that we're going to have to get in their face, serve tough to get them out of system. But they're gritty; I watched their tournament matches, and they grinned. They just believed. We've got to know that, let our team be aware of the level they are playing, and focus on our strengths. We're doing a lot of good things, too."

How to watch, stream the NCAA Women's Volleyball Tournament

Ranked Foes: Both BYU and Utah were ranked in the final AVCA Coaches Poll of the regular season, with the Cougars rising to No. 4 and the Utes coming in at No. 16. It's the 43rd-straight week that Utah has been ranked, dating back to Sept. 2, 2019.

Familiar Environs: The Utes will make their fourth appearance in the Provo regional or subregional in the past six years Friday. The last time out, Utah earned a five-set win over Illinois before sweeping then-No. 15 BYU in the second round en route to the program's fourth-ever Sweet Sixteen appearance.

Rally the Valley: Utah Valley is making its second-straight NCAA Tournament appearance rallying as the No. 5 seed to win the Western Athletic Conference Tournament win Las Cruces, New Mexico. The Wolverines are led by WAC Tournament MVP Kazna Tanuvasa, the Pleasant Grove High product who averages 3.60 kills per set, and the inside duo of Kendra Nock and Sadie Hamson, who average 1.25 and 1.22 blocks per set, respectively.