FARMINGTON — Davis School District is bringing a woman out of retirement to help lead the district's response to a federal investigation that found "serious and widespread racial harassment" of Black and Asian American students.

Jacqueline Thompson has been appointed assistant superintendent of the Davis School District to work on issues related to the school district's recent settlement with the Department of Justice.

Thompson worked for the school district for nearly two decades, retiring as its director of educational equity in 2018.

In her new role, Thompson will also work on diversity and equity issues.

"We believe Dr. Thompson will be key in moving us in a definitive direction as we move forward in our efforts to do better for all students," said Superintendent Reid Newey in announcing the appointment.

"She is a valuable resource and someone who understands better than anyone where we need to go," he said. 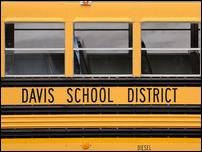 Black students in Davis School District told Department of Justice investigators that they were routinely called the N-word or other racial epithets by other non-Black students.

Thompson, who is scheduled to begin her position in December, will help lead the school district's response to the two-year DOJ investigation that found scores of incidents of harassment by some fellow students and staff but also failures by adults to intervene.

The probe revealed that Black students attending Davis schools were routinely called the N-word or other racial epithets by non-Black students, and they were told that their skin was dirty or looked like feces.

"Many Black students said the harassment was so pervasive and happened so often in front of adults that they concluded school employees condoned the behavior and believed reporting it further would be futile," the DOJ said.

The DOJ investigation called Davis District's response to such incidents as "ineffective" and noted racial harassment went on "for years."

Recently, 10-year-old Isabella "Izzy" Tichenor, who attended a Davis District elementary school, died by suicide after she was bullied over her race and autism spectrum disorder, her family said. The district's response to the child's treatment is under review by an independent entity.

Earlier in her career, Thompson taught public school in Idaho and California, worked as a gender equity specialist and education specialist for the Utah State Board of Education, and was an equal employment opportunity specialist at Hill Air Force Base.

Thompson has received several awards during her career, including the Spirit of the American Woman Award for Public Education in 1994 and the Utah Women's Achievement Award presented by the Governor's Commission for Women and Families in 1998.

She has served on the state Multicultural Commission as well as the Utah State Martin Luther King Jr. Human Rights Commission's education chairwoman.