WEST VALLEY CITY — For the first time, the Utah Shakespeare Festival is producing a world-premiere musical outside of Cedar City.

The show is called "Gold Mountain," and it's a groundbreaking piece about the Chinese workers on the transcontinental railroad.

Outside the opening of a mine shaft, a group of workers is gathered to fight the demands of the bosses.

"I like! Strike! Show the bosses what we're made of!" the workers yell.

In Utah, we commemorate and celebrate the completion of the transcontinental railroad. New musical "Gold Mountain" poses the question: Do we know the story of the Chinese laborers?

"The idea of a mountain made of gold — that is difficult to scale and very valuable to attain — symbolizes the immigrants' striving experience in this country," said Jason Ma, writer and composer of "Gold Mountain."

It was important for the playwright to tell this story because, he says, some are now asking: Who is an American?

"Adding our energy and our brains, our brawn, our very passion to this country. And I think it's important to tell stories about immigrants and remind people who we are," said Ma.

Ma's research shows that the Chinese worked more hours for less pay, had to pay for their own tools and lived in harsh winter conditions, tents or caves.

Ma's play reflects that, but it is also a love story.

"My aching heart seems to implore me" are some of the tender words sung by Ali Ewoldt, who plays Mei.

Ewoldt believes the story will resonate with audiences who have lived through isolation with the pandemic.

"Part of the magic of this piece is a bunch of humans that are going through something really challenging and finding ways to cope together, to find community, to find support with each other. And I think that our audiences will really feel that resonate in a new way now," she said.

In partnership with the West Valley Performing Arts Center, "Gold Mountain" is a first for the Utah Shakespeare Festival — a first full-length production outside Cedar City.

"The chance to premiere a new musical and bring it to the world makes a statement about the kind of work that Utah Shakespeare Festival is committed to. And it also makes a statement about the kind of works that we want to put into the larger American theatre community," said Derek Livingston, the director of new play development at the Utah Shakespeare Festival.

Tens of thousands of Chinese worked to bridge the American continent. Some lost their lives in that work, others stayed to become part of our nation.

Alan Muraoka, who millions know from his starring role as Alan on "Sesame Street," is the show's director.

"The Chinese were a little piece of the thread of that fabric that made our country great. And so, they are part of American history, and I just want people to know that. And I think the story is a great opportunity to show that," said Muraoka.

"So, spread the tracks with your debris," the workers look to make a statement.

An award-winning playwright, cast and director with Broadway credits, all combine to create a story important to American history that took place in Utah. 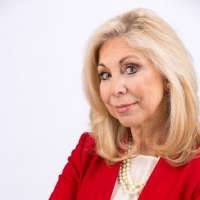