Firefighters, family mourn the loss of Capt. Bone who died after contracting COVID-19 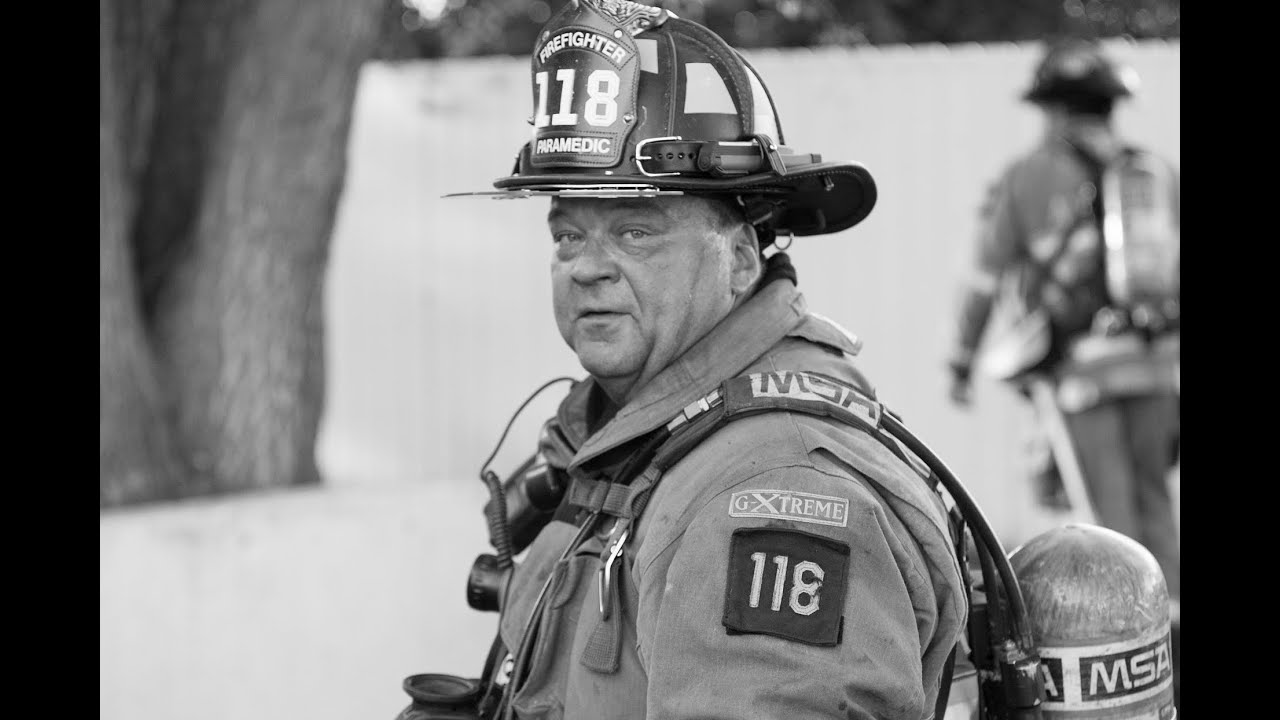 HOLLADAY — Family members and hundreds of officers gathered on Saturday to celebrate the impact Capt. Merrill Bone with the United Fire Authority had on their lives. Speakers talked about Bone's desire to learn, humor and ability to teach.

Bone died on Oct. 31 after being hospitalized with COVID-19. His death was considered a line of duty death, as it was presumed that he contracted COVID while he was on shift, and the ceremony contained the pageantry that a line of duty death merits.

"We have responded to thousands of COVID-related emergencies over the last 20 months. Our firefighters have utilized all of the personal protective equipment, however, still 104 UFA employees have tested positive for COVID since March of 2020," said Chief Dan Petersen of United Fire Authority.

Petersen said 90.1% of UFA employees have been fully vaccinated, including Bone. He was one of the "handful" of firefighters who had a breakthrough case.

"Today we're honoring a man who gave 39 years of service to our communities and lost his life while providing that service. Today is an opportunity for you to learn more about Captain Bone, pay tribute to the man and honor the family that shared this wonderful person with us for 39 years," Petersen said.

Bone's son, Trevor Bone, who is also a firefighter, spoke at the funeral service about his dad's many adventures as a bull rider, realtor, entrepreneur, ambulance worker, firefighter and paramedic. He said he and others would miss hearing his dad's stories and learning from his experiences.

"If you weren't trained by my dad in some fashion, your trainer was," Trevor Bone said to the uniformed firefighters at the service.

Merrill Bone served with the United Fire Authority for 15 years as a member of Utah Task Force One, and before that he was in Salt Lake City and West Valley City's fire departments. With the task force, one of 28 national disaster teams, Bone was deployed to help after emergencies like hurricanes, earthquakes and even 9/11. He brought experience from those circumstances back to help people on the force.

Capt. Craig Outzen of UFA, who was with Bone when he responded to 9/11, said that while there Bone worked his way up into multiple leadership positions, just because that was the way he was. Just being part of the response, Outzen said, was not Bone's plan.

"I liked being around Merrill," Outzen said. "He made me better."

"This guy was a source of strength, obviously a great friend. A lot of folks around here locally don't really understand how deep and wide his reach was outside of Utah," Case said.

In addition to the institutional knowledge Bone shared with the firefighters, Case also talked about his humor and specifically sayings which multiple people at the funeral referred to as "Merrillisms." These sayings added humor to a stressful situation, but also taught Bone's co-workers and helped them do their job better.

"Merrill could give you the spine when you needed it, but Merrill could also bring that levity when, you know, things were a little bit too stressful. He was just, in many, many ways, he could read a room, understand what was going on, and then be that personality or that version of Merrill that you needed him to be," Case said.

Case said the firefighters who were part of the watch outside Bone's hospital room wrote some of these "Merrillisms" down on a board outside the room.

Capt. Jerry Mayne with United Fire Authority said that Bone inspired brotherhood among the firefighters. Mayne and Bone both had cancer at the same time, and Bone encouraged him to come back, earlier than he had planned to, requiring more support for both of them from others on the crew.

"He had a way of encouraging and teaching without you even knowing it sometimes and, as you all know, if you ask Merrill for his opinion he's going to give it to you so you'd better be prepared," Mayne said.