How will communities of interest factor into Utah's redistricting this year?

SALT LAKE CITY — When the results of the 2020 Census were finally revealed, the data showed Utah is the fastest-growing state in the nation, with over half of its population growth being driven by minority populations.

The state reflects a national picture of growing diversity and the rallying cries of those communities for consideration amid the redistricting process. The data also revealed that Salt Lake County held the highest share of any county of most of the minority populations. That included the state's capital city.

"Salt Lake City is part of a unique cluster of areas in the state that are a little bit more racially and ethnically diverse than other areas," Mallory Bateman of Kem C. Gardner Policy Institute said in a recent public question-and-answer session.

Rose Park, a neighborhood in northwest Salt Lake City, is among one of the most ethnically diverse areas in the state. Its community has called upon state legislators to consider that when adopting maps.

And as the deadline approaches for Utah's independent redistricting commission and legislative redistricting committee to submit proposed voting maps for the next decade, residents and prominent leaders say they are concerned how the maps will impact Rose Park and the rest of Salt Lake City's west side.

"When we look at the numbers, we look at how resources are allocated throughout our communities and that's where the rubber hits the road," said Richard Jaramillo, president of the Utah Coalition of La Raza, a group that says it advocates for the civil rights and human rights of Latino and Hispanic Utahns.

How race and other factors go into redistricting

Just enough Utahns supported Proposition 4 in 2018 that the initiative passed. It established the Utah Independent Redistricting Commission; however, the legislature ultimately passed a compromise bill in 2020 that reshaped the commission. The bill did have input from the group Better Boundaries and received bipartisan support.

This new independent redistricting commission was tasked with following a robust set of criteria meant to increase representation and reduce gerrymandering, a term for crafting political boundaries that benefit one party over another. The commission has conducted a series of public meetings to help establish communities of interest. The last of those meetings was held Saturday.

But the commission doesn't have the final say regarding maps or how they're drawn. It will instead make recommendations to the Utah Legislative Redistricting Committee which will go on to present to the legislature to vote on. The legislature will adopt the redistricting results which may be subject to a veto from the governor. 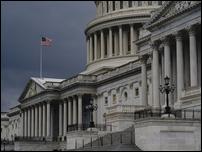 Utah redistricting explained: Why you should care

With the release of 2020 census data, lawmakers across the nation are beginning redistricting processes to help decide who represents Americans.

It's worth noting that the legislative committee has also held the same type of public input meetings. Its tour across the state wrapped up Tuesday at the Utah State Capitol.

While the independent commission and legislative committee's processes have run parallel to each other, Salt Lake City Chairwoman Amy Fowler pointed to one major difference and a point of contention for Rose Park residents.

The extent of considering race and ethnicity among the redistricting process is a particularly nuanced issue across the United States. Utah must abide by the Voting Rights Act and constitutional rules on race. It prevents states from "cracking" or "packing" populations.

"(Cracking) is dividing minority groups, whether that's race or party, to try to make it so their population is spread through several different districts so it doesn't have the same amount of power if it was all in one congressional or legislative district," Morgan Lyon Cotti, associate director of the Hinckley Institute of Politics at the University of Utah, explained, in a recent interview with KSL.com.

There's also a guideline to keep "communities of interest" together, which are geographic locations typically defined as connected racial, ethnic, cultural, social and economic groups.

While race may be considered when drawing maps, Utah state statutes indicate that advisory commissions may not "use race as a predominant factor in drawing district lines."

The case of Rose Park and majority-minority areas

The Rose Park neighborhood is predominately Latino or Hispanic. The committee's decision to eliminate race as a whole drew the attention of Latino community advocates who raised red flags, like Jaramillo.

"Despite the people of Utah creating an Independent Redistricting Commission, the Legislative Committee asserted its authority to draw the political lines that impact all of our voices in our political system," he said. "Too often the reality and lived experience of our Latinx communities, along with those of other racial and ethnic minorities, go ignored or dismissed."

Many Rose Park residents, along with Jaramillo, take issue with how the lines were drawn a decade ago. The boundaries from the last redistricting process separated the area into two senate districts. The community urged the committee to realign the district together again.

"As you all know redistricting is more than just drawing boundaries, it's about the government telling communities who they should be," said Jennifer M. Seelig, a Rose Park resident and former member of the Utah House of Representatives, during one of the committees held at an elementary school in Rose Park on Sept. 14. "And that message gets repeated and repeated through community meetings, through elections. And pretty soon instead of people telling the government who they are and wanting to live in that authentic way, it's the government drawing parameters around them.

"I'm here to respectfully request that the Rose Park neighborhood cohesiveness and identity be supported for what it is, so please put us back," she continued.

The sentiment was echoed by former Rose Park Community Council chair Kevin Parke who lives in a state senate district represented by Sen. Todd Weiler, who resides in Woods Cross in Davis County. Per the 2020 Census, 79% of Woods Cross residents are white.

"We have some unique issues that don't really mesh with what happens in Davis County. We have a lot of families that are sharing one home, which was a real problem during COVID," Parke said. "We are a very unique and diverse community and in many ways very different in Davis County so I'd encourage you to keep us as one."

The committee's argument for why it dropped race from considering neighborhoods like Rose Park comes down to populations. Sen. Scott Sandall, R-Tremonton, the legislative committee's co-chair, told KSL.com the committee identified Rose Park as "majority-minority" area, a community where traditional minority groups actually hold a majority of the community.

There are no requirements to protect majority-minority areas; in fact, Sandall contends the state is "prohibited" to do it. Jerry Howe, the senior strategic initiative manager for the legislative committee, told the audience on Sept. 14 that the committee didn't have to consider race because the neighborhood has a "large enough Hispanic population" that the neighborhood has been able to elect its "candidate of choice" in the past.

"(Residents) haven't been kept from doing that (or) from white bloc voting like what happens in some states," Howe said. "So, because of that, we're not required by law to draw majority-minority maps using race as a primary factor in drawing a district," he continued, adding that's why they deleted racial data from the maps.

Is the legislative committee right or wrong to remove race in figuring out how to handle Rose Park or other neighborhoods where race and language play a large factor? Lyon Cotti says it all goes back to the rules. States can't divide groups solely because of race or other factors and they can't just put groups into one district either.

"When you make race the primary indicator for whether you're trying to either crack it or pack it, in those gerrymandering terms," she said, that's when you get into trouble."

But Jaramillo contends that you can take race into consideration without making it the primary factor.

A process that's getting more complicated

Redistricting is already a complicated process. It's about dividing an entire population into four congressional districts, 29 state senate districts, 75 state house districts and many more state school board districts. It's complicated because that means dividing up towns and cities.

What's made it more difficult in recent decades is Utah is growing at the fastest rate in the country and its population is growing more diverse. That means more people are divided into the same number of seats and there are more communities of interest emerging.

"Trying to create those boundaries and keeping towns or cities or counties together can be really complicated. And as our population continues to diversify, it becomes more complicated because there are more considerations for these redistricting committees to consider," Lyon Cotti said.

But the growth in Salt Lake County and Salt Lake City requires lines to be drawn somewhere, said Gordon Haight, the executive director of the Utah Independent Redistricting Commission. The same can be said for other fast-growing communities in the state. If communities of interest grow too large, the lines may go through them.

There's been discussion centered on whether it's better to have more representatives even if they may live outside the community, he added.

Still, the lines not only affect the number of representatives a community has. Redistricting can determine the likelihood of a community electing representatives of choice to school boards, city councils, and the state legislature. Diluted communities can lead to diluted representation, influencing resources such as educational opportunities and access to health care.

Those impacts will last a decade and can reshape communities.

The independent commission is scheduled to handle over its maps maps on Nov. 1. Sandall said there's a committee meeting scheduled a week after that where the proposed maps may be selected and the special legislative session over the maps is scheduled for Nov. 9. If approved, the new maps will take hold for the 2022 election cycle and remain in place for the next decade.