Attendees sing a congregational hymn during the Sunday morning session of the 191st Semiannual General Conference of The Church of Jesus Christ of Latter-day Saints in the Conference Center in Salt Lake City on Sunday. New temples were announced in the Sunday afternoon session. (Jeffrey D. Allred, Deseret News)

SALT LAKE CITY — Following the announcement of 13 new temples, the buzz among Latter-day Saints and invited guests leaving the Conference Center centered around the 28th temple coming to Utah.

"The one that stood out was Heber Valley," said Scott Paswaters, a Salt Lake resident. "I thought that it was a little bit of a surprise, but seeing the growth up there, I guess it all makes sense. And won't that be beautiful."

"It seems like every time they announce 10 temples, they add one more in Utah," Carpenter said. "Heber is particularly a blessing. We're originally from Kamas and Oakley and Kamas Valley, so Heber is very dear to us. I just thought of the glory of going up the Alpine Loop and going over the Cascade Springs and dropping into Heber Valley like we did yesterday, and feel the miracle of all of that. It's amazing to see what Heavenly Father's doing for us as we go forward."

The Heber Valley Utah Temple was one of 13 new temples were announced by President Russell M. Nelson on Sunday at the end of the 191st Semiannual General Conference of The Church of Jesus Christ of Latter-day Saints. Renovation of the Provo Utah Temple was also announced.

The new temples will be built in the following locations:

President Nelson also said that following the dedication of the Orem Utah Temple (ground was broken for it in September 2020), reconstruction will begin on the Provo Utah Temple.

The Church of Jesus Christ now has 265 temples announced, under construction or operating.

How many new temples has President Nelson announced?

President Nelson has now announced 83 new temples in the nearly four years he has served as president of the church.

Before Sunday, President Nelson had announced 70 new temples since becoming the president of the church in 2018.

Last April's announcement of 20 temples is the most temple locations ever announced at one time. President Gordon B. Hinckley announced plans to construct as many as 32 new temples at the April 1998 general conference but did not list specific locations.

Heber City Mayor Kelleen Potter was watching the end of general conference with some friends when she heard the announcement.

"My thought was 'Wow,'" Potter said. "There's always rumors going around about things like that, and I've heard for years that someday there'll be a temple here. I certainly wasn't expecting it. So it was very exciting."

The mayor believes the new temple is a good sign of future growth and prosperity.

"I'm sure it will bring a lot of people to the city," Potter said of her initial reaction. "I've gotten several texts from friends, both in Heber and outside, just excited. It's all, 'Where where's it going to be? Do you have any idea?' And I said, 'I have no idea.' There's a buzz going around."

"What a wonderful blessing for the church and members around the world," Holden said. "It goes back to President (Gordon B.) Hinckley saying years ago of getting temples where people can access them. ... Those in the Congo, the Philippines, Madagascar, what a wonderful addition, for places where people have had to save their whole lives to get to a temple. Now they don't have to stress as much."

Audrey Eyring, granddaughter to President Henry B. Eyring, second counselor in the First Presidency, cheered for another temple in Rexburg, Idaho. Her friend, Tanner Wilkins, was thrilled to see another temple coming to the Philippines, where he served as a missionary.

"We're really excited about Rexburg," Eyring said. "We were wondering where the temple is going to be built. Rexburg is pretty small but that's so exciting for them to get another temple."

The following information is provided by the church's Newsroom site:

"Located in southern Taiwan, Kaohsiung is Taiwan's third most populous city, with more than 2.75 million residents. The Kaohsiung Taiwan Temple will be Taiwan's second sacred building. The country's first house of the Lord, the Taipei Taiwan Temple, was dedicated in 1984. Today, there are more than 61,000 Latter-day Saints who attend around 110 congregations across the special municipality."

"This will be the first temple in Liberia. The country has around 15,000 Latter-day Saints and more than 50 congregations. Monrovia is a coastal city and the capital of Liberia. Missionary work began in the country in 1987."

Kananga, Democratic Republic of the Congo

"Madagascar is home to nearly 13,000 Latter-day Saints in over 40 congregations. The Antananarivo Madagascar Temple will be the first temple in the country. Antananarivo is the capital of Madagascar and home to more than 1.4 million people. The Church has been in Madagascar since 1993."

"Vitória is the capital of the state of Espírito Santo. It is located on a small island within a bay where several rivers meet the sea in southeast Brazil. The coastal community has two major ports. The temple in Vitória will be the 14th announced temple for Brazil, with dedicated temples located in Campinas, Curitiba, Fortaleza, Manaus, Porto Alegre, Recife and São Paulo. One temple is completed and preparing to be dedicated in Rio de Janeiro; three are under construction in Belém, Brasília and Salvador; and others have been announced in Belo Horizonte and São Paulo East."

"This will be the third temple in Bolivia, where there are more than 212,000 members. The Cochabamba Bolivia Temple was dedicated in 2000 by President Gordon B. Hinckley, and the Santa Cruz Bolivia Temple was announced by President Russell M. Nelson in 2020. The temple will serve members in the cities of La Paz and El Alto, where the Church has seen significant growth."

"The Santiago West Chile Temple will be the country's fourth temple. The Santiago Chile Temple was dedicated 1983 and the Concepción Chile Temple in 2018. The Antofagasta Chile Temple is under construction. There are more than 600,000 Latter-day Saints in Chile in over 500 congregations. Santiago is the capital and largest city in Chile with a population of nearly 7 million residents."

"The Fort Worth Texas Temple will be the sixth temple for The Lone Star State. There are more than 360,000 Latter-day Saints in Texas. Fort Worth, located west of Dallas in north central Texas in the United States, is historically known for its cattle trade. Other Texas temples are the neighboring Dallas Texas Temple, Houston Texas Temple, Lubbock Texas Temple, San Antonio Texas Temple and McAllen Texas Temple (under construction). Missionary work began in Texas in 1843."

"One in every nine residents of Wyoming, or approximately 68,000 people, claim membership in The Church of Jesus Christ of Latter-day Saints. This will be the state's third temple. Other temples are the Casper Wyoming Temple and Star Valley Wyoming Temple. Wyoming has a significant place in the history of the Church, as pioneers traveled across the state in their westward migration to Utah, primarily from the 1840s to the 1860s. Cody is on the northwestern corner of Wyoming near the border of Montana in the United States." 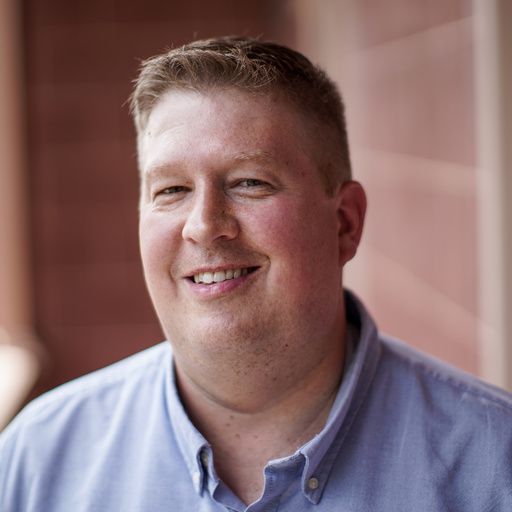