Kimberly Desmond, a registered nurse, draws a dose of the Pfizer-BioNTech COVID-19 vaccine into a syringe at Rose Park Elementary in Salt Lake City on Sept. 22. Promising to return to the Senate floor as long as it takes, Sen. Mike Lee unsuccessfully rolled out the first of a dozen bills Tuesday he drafted to upend Biden’s yet-to-be issued vaccination mandate. (Laura Seitz, Deseret News)

WASHINGTON — Promising to return to the Senate floor for as long as it takes, Utah Sen. Mike Lee unsuccessfully rolled out the first of a dozen bills Tuesday he has drafted to upend President Joe Biden's yet-to-be issued vaccination mandate.

The president's "strong-arm" push to force Americans to choose between decisions affecting their health and providing for their families is wrong, the Republican senator said.

Even if the mandate is never implemented, it would still get Biden what he wants because businesses across the country are yielding to the "awesome power" of the federal government before it has been legally drafted. According to Biden's "vague" outline of the order, companies risk going under if only a small number of its employees are not vaccinated, Lee said.

"This is a scare tactic of the absolute worst sort, and it's working," Lee said. "People are scared, and I'm here to defend them."

Under the plan, companies with 100 or more employees would have to require their workers to be vaccinated or undergo at least weekly coronavirus testing. Businesses that don't comply could face fines of up to $14,000 per violation. All federal workers also would be required to get the shot.

Lee called the mandate unconstitutional, "but, frankly, I don't think the president cares."

On Tuesday, Lee proposed legislation that would grant an exemption on the basis of "a personal belief, and for other purposes." He said the bill would provide an exception for those who sincerely believe "due to religion or otherwise" that they should not get a COVID-19 vaccine.

His attempt to pass the measure by unanimous consent failed when Sen. Patty Murray, D-Wash., objected.

Murray said the "unnecessary" bill would undermine the effort to end a pandemic that has killed more than 685,000 people. If people aren't vaccinated, the surging delta variant will continue to hurt the economy and take lives.

"Let's be clear, immunization requirements are nothing new in this country," she said, noting state and local governments and school districts have long required vaccination against polio and measles. "Taking similar steps against COVID-19 is just common sense."

Tailored exemptions for legitimate religious and medical considerations already exist in the law and Biden's policy, Murray said. Lee's bill, she said, would create a "massive loophole" that would lead to more preventable deaths.

Murray said it's "so frustrating" to know how scared people are of the virus and how they are trying to do the right thing "only to have Republicans offer ideas that would create political division, prolong this crisis and cost more lives."

In response, Lee said there are no exemptions built into Biden's mandate because it doesn't yet exist.

As many companies adopt policies ahead of federal vaccine requirements, workers with sincerely held objections will be without recourse, Lee said. And if the mandate with those exemptions does exist, Lee said, he finds it difficult to understand why anyone would oppose his bill.

"Without these protections, President Biden is telling many religious minorities in the country that they need not apply for a job and if they've got a job already, that that job is in jeopardy," Lee said. 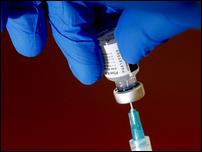 Lee said he has more bills lined up to counter Biden's mandate.

"I'm going to be back tomorrow, the next day and as long as it takes to keep addressing this issue," Lee said. "Freedom matters and the constitution matters. President Biden has ignored them both."