Mother raises awareness for domestic violence after losing her daughter

Chynna Toilolo pictured with her family. Chynna died in May 2020 as a result of domestic violence homicide. Her mother, Terri Toilolo, shared her story with KSL's Tamara Vaifanua in hopes no other families will have to go through the pain she experienced. (Toilolo family)

EAGLE MOUNTAIN — A mother who lost her daughter to domestic violence shared her story with KSL's Tamara Vaifanua. She hopes no other families will have to go through the pain she experienced.

In May 2020, officials found Chynna Toilolo's body in Ogden Canyon.

She was strangled to death by her ex-boyfriend, Andy Dennis, who is now serving a 15-years-to-life sentence for her murder.

Terri and her only daughter, Chynna, were inseparable.

"We were so close — we did things together, we talked. She was my shopping partner. We'd get mani pedi's every weekend," Terri said.

Their bond changed forever on May 9, 2020. It was the night before Mother's Day, and it was the last time Terri saw her daughter alive.

"I think about the what-ifs, the could have, would have, should haves," Terri said.

Chynna got into an argument with her estranged boyfriend at his home in Pleasant View.

During the argument, police said Dennis strangled the 33-year-old before dumping her body near a river in Ogden Canyon.

Terri said Chynna broke up with him before that night and she begged her daughter not to go back.

"How do you get to a point where you decided to take someone's life?" Terri questioned.

Chynna hid her struggles from her family, but she's not alone.

"What happens privately in a relationship does not always show itself to the rest of us," said Melissa Haenchen, Utah Domestic Violence Coalition Prevention coordinator.

According to the Utah Domestic Violence Coalition, 1 in 3 women and 1 in 4 men have experienced physical violence by an intimate partner.

Intimate partner violence accounts for 15% of all violent crimes.

"On average, it does take seven times for a white woman, and the numbers are even higher for folks of color to leave a relationship," said Haenchen.

When asked if there was an incident or point in Chynna's relationship with Dennis that Terri and her husband became concerned for her safety, Terri reflected on a violent argument she learned about later.

"They got into an argument. She jumped out of the car as he was beating her up, and she was trying to save her life," she said.

Toilolo believes her daughter didn't confide in her because she was scared or embarrassed.

That's why she is sharing her daughter's story.

As a result of her daughter's murder, Terri hopes others, and especially those in the Polynesian community, will seek help for abusive relationships.

"In Polynesian culture, we feel like this only happens in the movies. Never would be me. If my Polynesian people are listening, open your hearts and understand and listen," she said.

If you know someone who is going through abuse, there are ways you can help:

List of events happening in October as part of Domestic Violence Awareness Month: 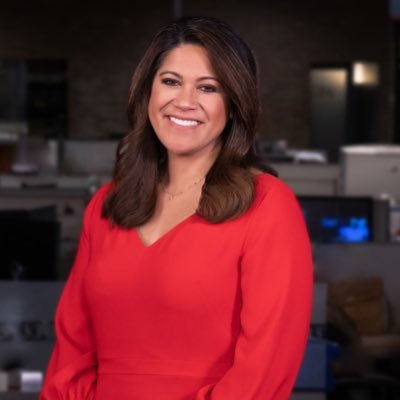