A fighter jet flies not far from Kings Peak on Friday, Aug. 13. (Mike Godfrey, At Home in Wild Spaces) 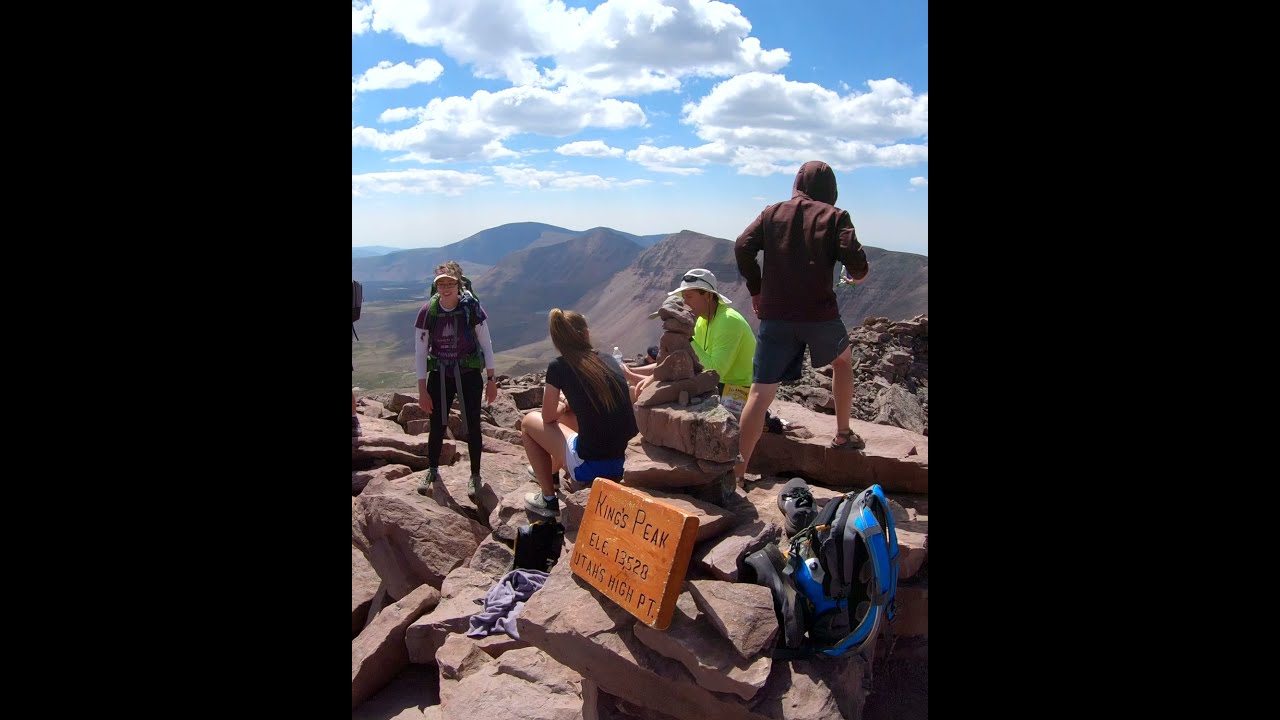 ALTAMONT, Duchesne County — Utah is home to thousands of lofty and inspiring mountain peaks but none is loftier than Kings Peak, the state's highpoint that rises to a lung-testing 13,528 feet above sea level.

Ranked as the fifth-most difficult on the Summit Post's list of state hight points, Kings Peak is a worthy challenge for those who dare to undertake the 28-mile out and back trek to the summit. There are of course shorter routes but don't let the shorter distance fool you. You'll work for every mile "saved."

This is a remote, rugged and frequently inhospitable landscape — prone to earth-shaking thunderstorms, punishing rain, hail storms, gale-force winds and wild temperature swings. To top it all off, Kings Peak is situated in the middle of Utah's vast and roadless Uinta highlands. At the summit, adventurers have to make do with 40% less oxygen than at sea level and making elevation-related illness a frequent ailment experienced on these soaring slopes.

But despite those challenges, Kings Peak remains a very popular and rewarding summit hike for those with an inclination toward challenging mountain summits and a willingness to prep their minds and bodies for the long climb. Surrounded by Utah's vanguard of "thirteeners," the summit of Kings Peak offers an unparalleled view of one of Utah's most stunning wilderness landscapes: the High Uinta Mountain Wilderness.

Last week, however, hikers were greeted by more than just a stunning panoramic view. A fighter jet performed a low-altitude flyby, "buzzing" those on the slopes of Kings Peak — as seen in this video. The jet made its initial appearance by flying just above Anderson Pass, at which point the pilot circled the summit for a second pass waving — not seen in the video — at those on the peak by rolling the craft from side to side just before heading east over the spine of Utah's highest peaks.

It was a brief encounter well received by those at the summit.

The Uintas are home to some of Utah's most stunning natural treasures but do not underestimate these mountains. Safely exploring this vast wilderness requires preparation, self-reliance and an ability to read the weather and landscape. Acute Mountain Sickness is common among visitors to the Uintas, so make sure you know how to react should you or someone in your party exhibit the symptoms of elevation-related illness.

Have you ever summited Kings Peak? How would you have reacted to the flyby? Share your experience in the comments below.