Dairon Asprilla had a goal and an assist, and Portland Timbers FC played to a wild 3-2 win Saturday night over Real Salt Lake at Providence Park in Portland, Oregon. (Sean Meagher, Associated Press) 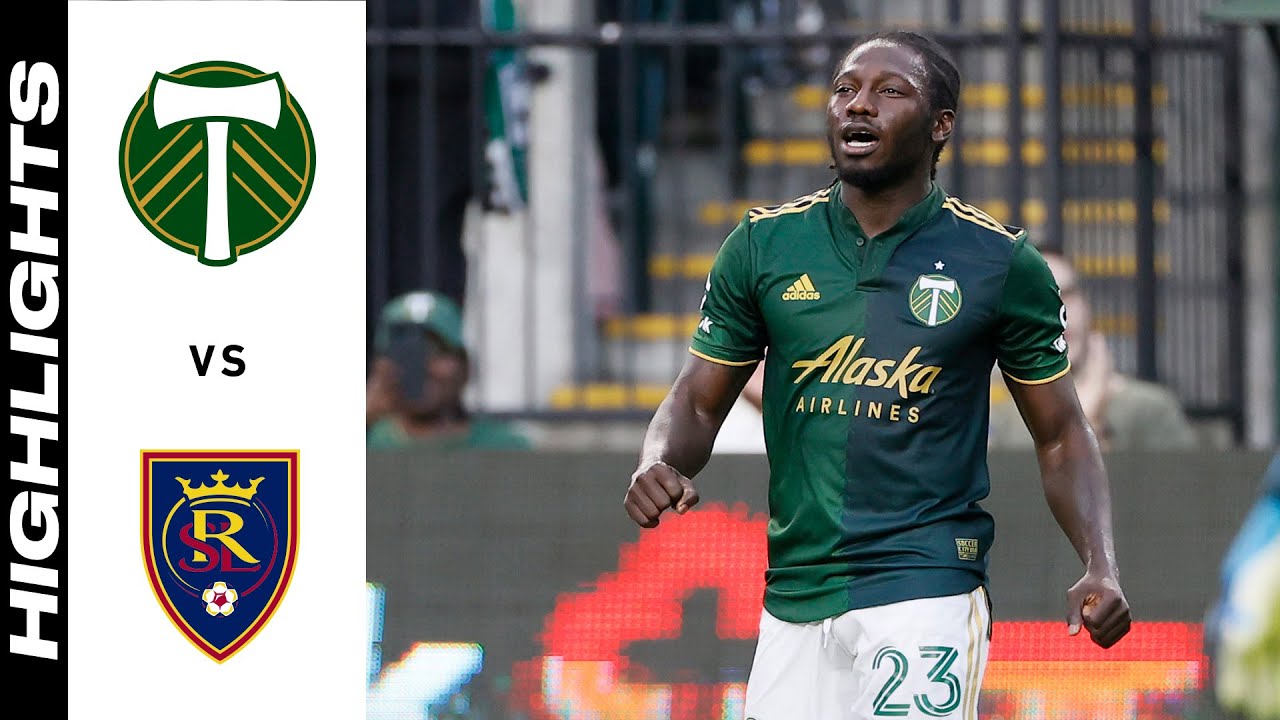 SANDY — One year after playing to a 4-4 draw in Portland, Real Salt Lake and the Timbers played to another thriller in the Rose City.

This one did not come with an extra point for the visitors, though.

Dairon Asprilla had a goal and an assist, and Portland Timbers FC played to a wild 3-2 win Saturday night over Real Salt Lake at Providence Park in Portland, Oregon.

Yimmi Chara and Felipe Mora each added a goal for Portland, which snapped a three-match winless skid with the victory and vaulted over RSL into a tie for sixth place in the Western Conference table.

Damir Kreilach added a second-half marker, scoring his team-high eighth goal of the season in the same week he earned his first MLS All-Star Game selection. But by then, the Timbers led RSL 3-2, and Aljaz Ivacic made seven saves on nine shots faced for Portland (8-2-8, 20 points) to help the home side survive and hand RSL a loss for the eighth time in 10 matches.

Albert Rusnak with the sneaky goal to pull one back for @RealSaltLake! 👀 #PORvRSLpic.twitter.com/XiLp1Hsjxd

For large stretches, Real Salt Lake was the better team. Outside of a poor opening 30 minutes — and particularly poor in the opening 13 minutes — the visitors held long bouts of possession and created three times the dangerous chances. RSL finished with 64% of possession, out-shot Portland 23-13 and posted nine shots on target to the Timbers' three.

But how much of that matters without the win — or at least a draw?

"I think it's kind of normal that they went up 2-0, and at that point, they aren't going to throw numbers forward to the attack. It's all about the three points, and they kind of dropped off," Rusnak said. "We got on top of them, we kept creating chances, we were dangerous, we got shots.

"Everything except the result."

Still, the result is the result. And it's happening over and over again. Rusnak called next Saturday's home match against Austin FC a "must-win" and added that the following match against Houston probably is, too.

Head coach Freddy Juarez wouldn't back down from that charge, either, as the club turns the page on the first half of the season.

"The next home games, we need to look to win, to bring this energy that we brought today," the third-year RSL head coach added. "I think the team will be well. But what I've learned from the team is an amazing fighting spirit and amazing commitment from the group. We've had good rotations … and we've seen growth. Now we've got to change those unlucky moments into moments that go in our favor.'

New RSL defender Toni Datkovic made his debut in the Starting XI, slotting in next to stalwart center back Justen Glad. The homegrown defender did not play Wednesday against the LA Galaxy after receiving two yellow cards the match prior, and also rode a yellow-card accumulation warning in the Rose City.

The first start was unkind to Datkovic, who gave away a penalty kick for handling in the ninth minute, ruled with the aid of video-assistant review. Asprilla stepped up to the penalty spot and converted the right-footed set piece into the bottom right corner to give the Timbers a 1-0 lead in the 10th minute.

RSL received two yellow cards and the game-altering penalty kick in the first 13 minutes of the match.

This game is WILD! 🔥

Datkovic admitted to the team's television broadcast that it "was not a good start," but there are some positives.

"The good thing is, for me, we were the better opponents," he said. "We were not willing to surrender until the last minute. We deserved more, and that's the way the game goes."

To add insult to injury, Glad's yellow card — received just a few minutes into the match — means he will miss next Saturday's home game against MLS expansion side Austin FC.

Asprilla's penalty kick wouldn't be the end of the scoring, though. Chara doubled the advantage in the 29th minute, scoring off a sensational left-footed shot from outside the box to give the Timbers a 2-0 advantage.

Whatta strike from distance to double the lead for @TimbersFC! #PORvRSLpic.twitter.com/UzUlSijagC

Rusnak pulled one back for the visitors in the 40th minute, after Joni Menendez collected a rebound off a blocked shot and dished to the RSL captain for his fourth goal of the season.

Sebastian Blanco teed up Felipe Mora in the 62nd minute, finding the Chilean international on a breakaway inside the penalty box for his sixth goal of the season to put the Timbers up 3-1. But RSL didn't back down.

"It's frustrating," Kreilach said. "The first 30 minutes we didn't come into the game very well, but we still found a way to score that goal for 2-1. Then after that, it was just one team on the field — especially in the second half.

"Our mentality was great, the way we created the chances; it was perfect. If you had told me 23 shots and you don't take a point, of course it's frustrating. But we have to keep going and we have to stay positive. We can always take positive things, and see if we can fix the mistakes."

Kreilach looked to respond just four minutes later, but the MLS All-Star selection's header from close range was saved by Ivacic. Rubio Rubin nearly scored the equalizer in the third minute of stoppage time, but his finish from Bobby Wood was deflected with some last-ditch defending as Portland threw everything into the final moments.

Rusnak put a shot on frame in the final minute of stoppage time, earning a corner kick in the process. But the final attempt proved fruitless.

RSL will kick off against Austin FC at 8 p.m. MT on KMYU.