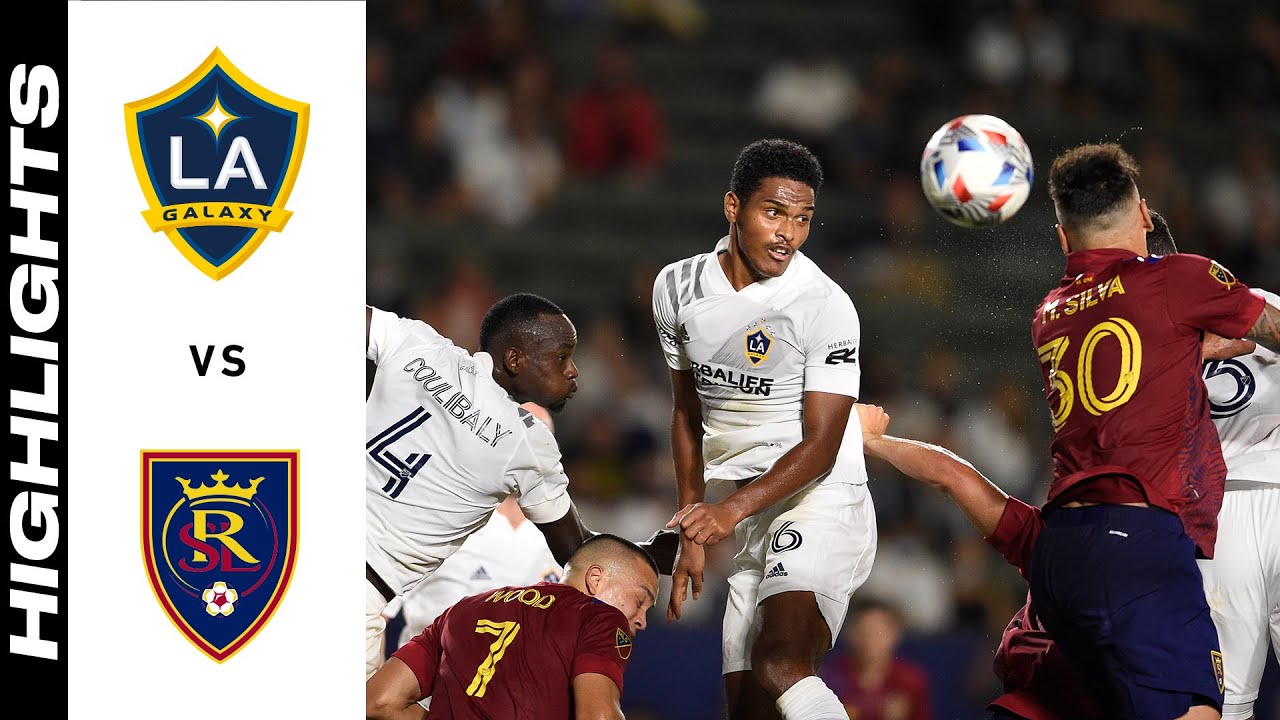 Alvarez scored the go-ahead goal early in the second half and the LA Galaxy held on for a 1-0 win at Dignity Health Sports Park in Carson, California.

LA goalkeeper Jonathan Bond made four saves to earn the shutout for the Galaxy (10-6-1, 31 points), including punching over Damir Kreilach's would-be equalizer in the final moments of stoppage time.

The flag stayed down in the 53rd minute, when Alvarez took a through-ball from Klejstan at an angle and slotted it inside the far corner for the 1-0 advantage. Salt Lake players and coaches begged for the offside call, but the assistant referee kept his flag down and the only review available proved inconclusive (at best) in overturning the goal.

"We're kind of repeating ourselves: we're saying there were a lot of positives to take away from the game — and there were," RSL captain Albert Rusnak said. "We've got to keep our head high; we're playing another game in three days. That game can change a lot of things, and change the view on the three road games we had in a row.

"Yes, we are frustrated. There were good things; there were not so good things. We've got to learn from it, stay positive as a group, and go again on Saturday."

The Galaxy held RSL to one shot on target up to that point, before easing up on attack with 14 shots to Salt Lake's 15.

With the loss, Real Salt Lake fell to 5-5-6 for 21 points — and winless in seven of their last nine matches.

A cooool finish to give the @LAGalaxy the 1-0 lead! #LAvRSLpic.twitter.com/dXHjCpkvFz

Of course, RSL has also given up just one goal in the past three matches, including a scoreless draw at Houston on the weekend. The club just hasn't scored goals at the right time, save for big wins over Western Conference bottom-dweller Vancouver and regional rival Colorado, or a wild home draw with the Galaxy not long ago.

Salt Lake didn't lack many chances Wednesday night. They just didn't convert any of them, and were it not for Zac MacMath's seven saves, it probably could've been worse.

"I think we were pretty solid defensively," said RSL defender Aaron Herrera, who won 60% of his duels with just one foul conceded while playing behind new winger Joni Menendez in the Argentine's first start. "Obviously they got us on a couple of counters. But I don't think many teams this year have scored more than two goals on us.

"It's frustrating to give up. Just one lapse cost us."

The Galaxy held 53.6% of possession, out-shot RSL 9-4, and held the visitors to just one shot on goal in the first 45 minutes. But Salt Lake held LA, which opened Wednesday night in third place in the Western Conference, scoreless through halftime.

Klejstan and Alvarez thought they had given the Galaxy a 1-0 lead just before the 20th minute, but the offside flag was up to deny the goal.

The second one wasn't so lucky for RSL.

"It looked a little offside, but maybe not quite," RSL coach Freddy Juarez said without the aid of multiple replays. "We just got caught chasing the ball on the give-and-go.

"I thought it was a solid game from the guys. It's not what you want to hear, especially out of a loss. But we put in a good shift. … I think we were getting good shots, and some good looks."

feelin good after the first half hour

Rusnak nearly equalized in the 77th minute, but his stroke off a counter attack was saved Bond.

Kreilach, who was recently named to the MLS All-Star Game, had a chance in the third minute of stoppage time. But the Croatian international's header from Erik Holt was tipped over the crossbar by Bond.

But in the club's second of three matches in eight days — all on the road — RSL was held scoreless for the second-straight match, the first time that's happened all season.

Herrera didn't want to make any excuses like fatigue or tired legs, whether or not they may be valid. Everyone is dealing with the congested schedule in MLS, and players have it even tougher overseas — especially at clubs that juggle league cups, continental championships and in-season friendlies.

It's a reality. But it also doesn't matter.

"It's always tough playing three games in a week, let alone on the road all three games," Herrera conceded when pressed. "I'm doing treatments pretty much 24/7, and pretty much on bed-rest the rest of the time.

"But it's not something I can't handle. These guys in Europe are playing 50-plus games per year, so I feel like I should be able to handle 34."

Real Salt Lake finishes up the road trip Saturday at Portland Timbers FC. Kickoff is scheduled for 8:30 p.m. MT before the club returns to Rio Tinto Stadium to host expansion side Austin FC on Saturday, Aug. 14.