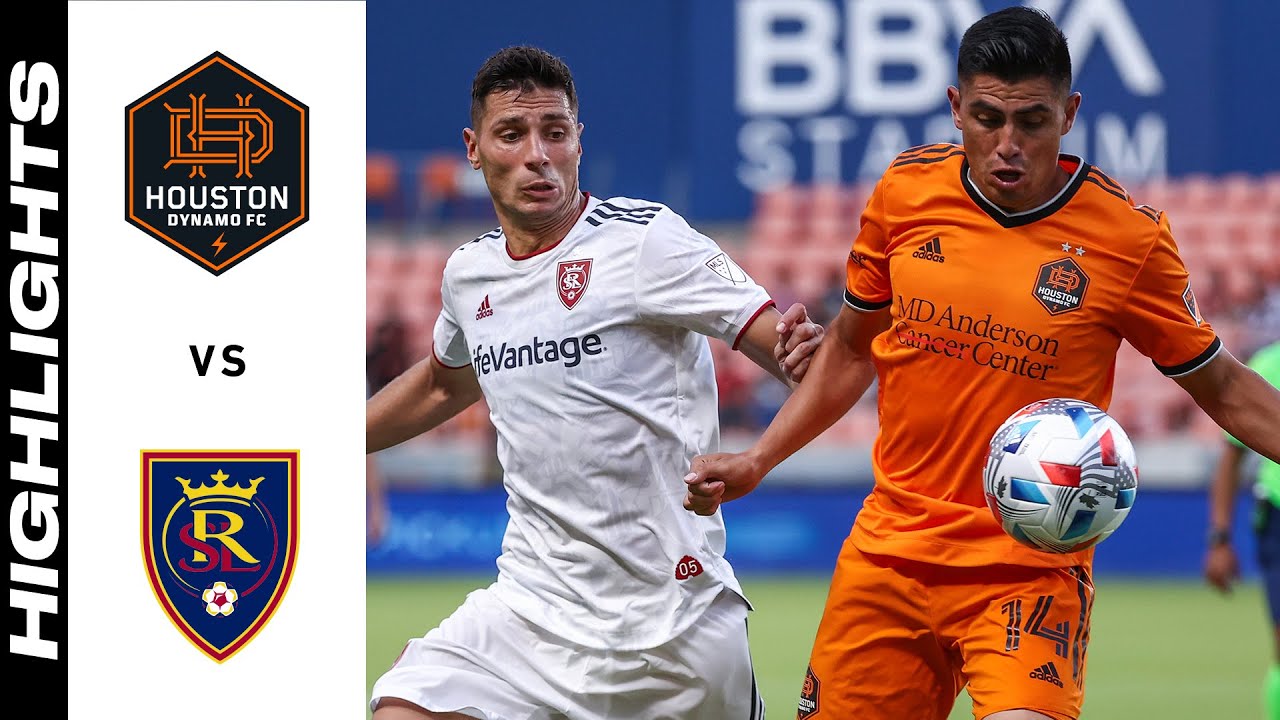 SANDY — Rinse. Repeat. Just with an extra side of heat and humidity.

Two months after playing to a 1-1 draw at Rio Tinto Stadium, Real Salt Lake and Houston Dynamo FC played to another tie — this one scoreless — Saturday night at BBVA Compass Stadium in Houston.

But don't let the 0-0 scoreline deceive you — this one featured plenty of chances and a combined 26 shots between the two sides, including eight shots on target.

With its draw — the second on the road in Texas — Real Salt Lake (5-4-6, 21 points) keeps its fingernails on seventh place in the Western Conference, while Houston moves up to ninth with 18 points.

Justen Glad earned his second yellow card of the game in the 88th minute, forcing RSL to play the final few moments with 10 men while pushing the Dynamo's winless skid to nine-straight.

Glad will also miss Salt Lake's road game at LA Galaxy Wednesday with the infraction. The call was unfortunate for RSL and Glad, who played a key role in the match's stalemate prior to his dismissal, completing 88% of his passes and winning eight duels with four fouls conceded.

Under those circumstances, RSL will happily take the point on the road — even if it comes amid some disappointment and with their sights set on all three for much of the first half, and parts of the second. The visitors held 56% of possession, put up 11 shots and four on target, and completing 86% of their passes, and were a crossbar from Maikel Chang away from taking a 1-0 lead into halftime.

"After you go down a man, you're definitely thinking about just preserving the point," RSL coach Freddy Juarez said. "It's late in the game, there was a lot of chaos, and the center back position changes things.

"We had to take out a higher linen to replace the defender, and organize the rest of it. Then they put in some bigger guys, so set pieces became a problem. But there were moments of a lot of change; I thought the subs that came in created chaos for them, a spark for us, and Zac had a very good game. It was a very good game, but that second yellow, it definitely got a little chaotic."

Zac MacMath made four saves to earn the shutout, including a touch on former RSL forward Corey Baird's attempt off a corner kick in the fourth minute of stoppage time. The veteran netminder was making only his second start of the season in place of Ochoa, who was ruled out Tuesday with a mild quadriceps injury, the team said.

"I'd be lying if I said it wasn't stressful," MacMath said. "But I think the guys did a great job adjusting to being down a man. It kind of took the sting out of the game a little bit."

One of three unbeaten teams at home across Major League Soccer, the Dynamo entered Saturday with an eight-match winless skid, a 3-4-8 overall record, and trailing Salt Lake by three points in the Western Conference standings. Looking for more scoring options, Houston even acquired Baird from LAFC in the middle of the week, giving $750,000 in allocation money and an international slot in 2022 to a Los Angeles side that paid $500,000 for the former MLS rookie of the year just seven months ago.

Baird made his debut for Houston in the 62nd minute, replacing former U.S. international Joe Corona — and two minutes before Joni Menendez made his second appearance for RSL in relief of Chang.

They all came close to the back of the net. But none of them made it.

With the team starting its first of three matches in eight days and Ochoa on the mend, MacMath earned his eighth start in an RSL kit in two seasons.

And though RSL controlled possession through some exquisite work by Chang in the opening moments, Houston found plenty of its own chances — including Memo Rodriguez's effort that caromed off the post in the 33rd minute.

Albert Rusnak kissed a chance off the corner of the post in the 50th minute — his third attempt of the night — as the Slovakian international took advantage of the attacking center with Justin Meram and Chang on either wing.

Real Salt Lake owned the possession at 54%. But Houston outshot the visitors 7-6, including two shots on goal, as both sides played to a scoreless first half.

Just a few minutes after entering as second-half substitutes, both Rubio Rubin and Anderson Julio had a chance on a broken play in front of Houston's goal. But Julio's final touch eluded attacking front, and the ball soared over the crossbar in the 78th minute.

Each sub changed the game, like a good tactician is bound to do. Rubin and Julio for RSL, Baird and Co. for Houston. Real Salt Lake also had to battle the heat of a 89 degree night with 63% humidity, a 100-degree night on the local heat index at kickoff.

And a "mild" night for the East Texas side.

"The humidity is brutal down here," MacMath said. "Speaking to some of the Houston players, they said this was a mild game to them. We knew coming in this would be a mental game.

"Staying in it mentally was going to get through 90 minutes, and the guys did a great job battling through this humidity."

Juarez, likewise, praised his team's mental efforts and focus as much as the physical one as Real Salt Lake plays two more matches next week on the road against teams above it in the Western Conference standings.

"The guys' mentality, you couldn't ask for more," Juarez said. "We didn't talk about the humidity all week. We just knew we had to come in here with a tough mentality.

"It's tough. The last couple of times we've come here, it's been early in the season and a little different weather. It's the real deal, this heat; it's just hovering above you."

But the final change of play came from the head referee, who signaled for Glad's dismissal with a second yellow card in the final moments of regulation. By then, it was all the visitors could do but to walk away with a point.

"Justen took one for the team, and no one will fault him for that," Morgan said. "As a team, we just had to roll up the sleeves again and make sure to see the game out and seal up the point.

"It was definitely difficult, the conditions," the Canadian-born fullback added. "But I think collectively, we were all on the same page today. We were unlucky not to get the full three points. We're happy to get Zac the clean sheet, as well."

Kickoff Wednesday in Los Angeles is scheduled for 8:30 p.m. MT on KMYU. The club will then visit Portland at 8:30 p.m. MT Saturday.