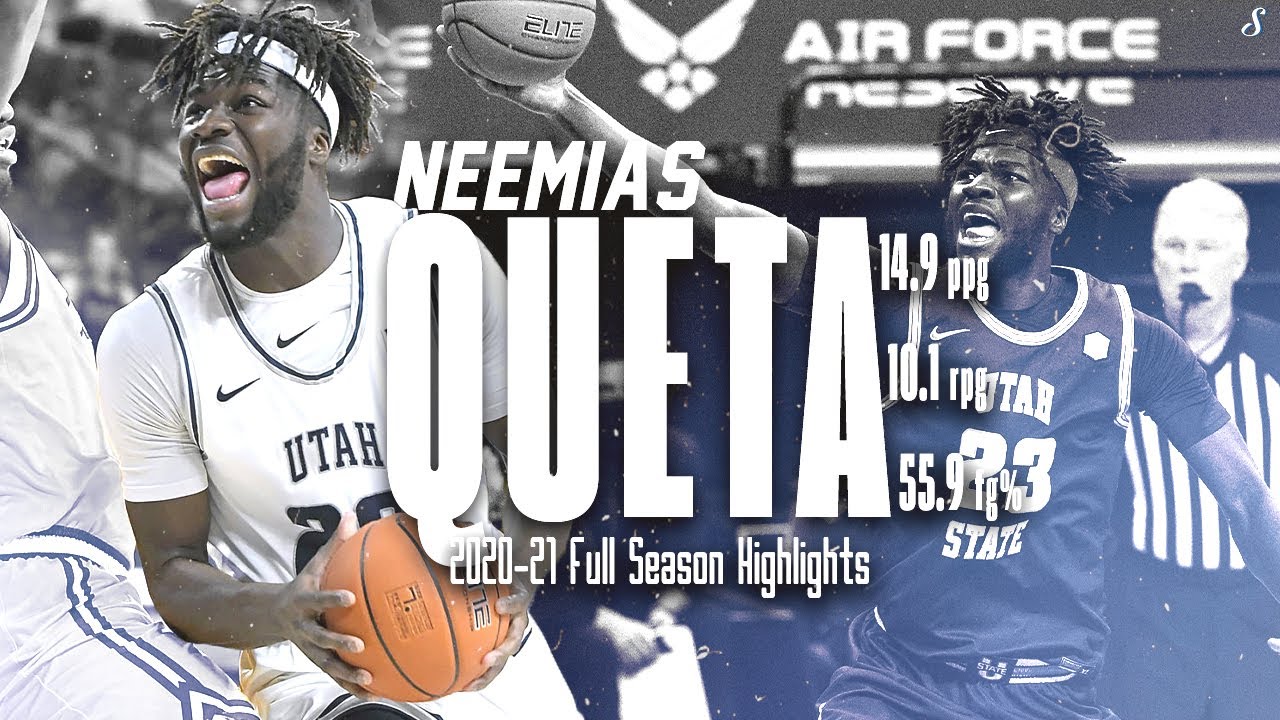 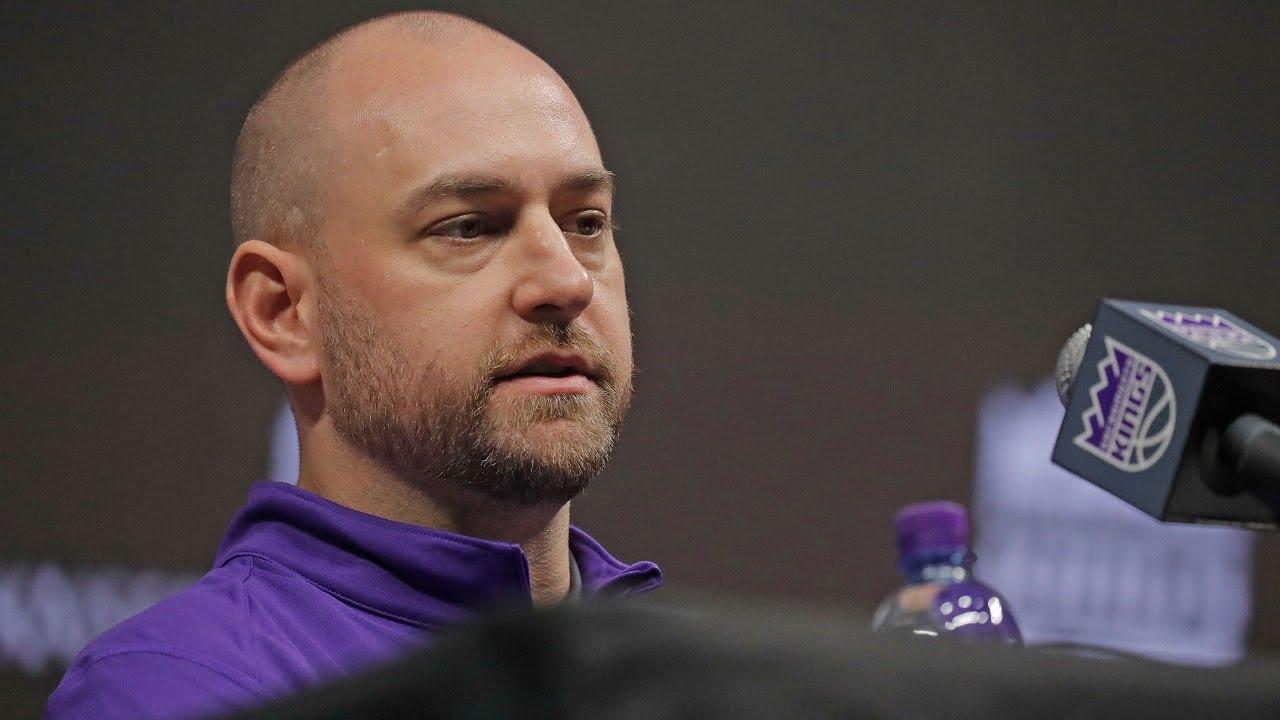 LOGAN — Neemias Queta's time at Utah State won't be considered anything but a success.

The 7-footer from Barreiro, Portugal, left school after his junior year as the program's all-time leader with 219 blocked shots, a pair of Mountain West Tournament titles, and three NCAA Tournament bids (with one canceled in 2020 due to the coronavirus pandemic).

Queta's next stop: the NBA.

Queta was drafted in the second round of Thursday's 2021 NBA draft by the Sacramento Kings, becoming the second consecutive draft pick from Utah State after the Milwaukee Bucks took Bountiful product Sam Merrill with the final pick in last year's draft. The Kings took him with the 39th overall pick.

"I do the intangibles: being able to rebound, score around the rim, block shots," Queta said following the NBA Combine. "The extras are just being able to pass out of the short roll, on the perimeter, in the post. I feel like I can develop a jump shot, too.

"With time, I think I'll become a really effective modern big in the NBA."

Queta was the No. 76 projected prospect in the draft by most predraft analysts. But the Kings found exactly what they needed with the ninth pick of the second, and one who stands as good of a chance as any second-round pick of slotting into the first team immediately.

Maybe it was playing in the Mountain West, away from the eyes of major college basketball. Maybe it's the fact that Logan isn't an easy drive to make for most NBA scouts. Whatever it was, the big man who has already featured internationally for his home country stayed off a lot of radars, and the Kings were happy to take him midway through the second round.

"I'm happy he was playing at Utah State, and maybe stayed under the radar for us," Kings general manager Monte McNair told Sacramento media Thursday night after the draft. "I don't understand how a 7-footer who blocks 200 shots can stay under the radar.

"He's one of the best passing big men in the game, ability to show touch from outside, and obviously his size will help on the glass. Hopefully he'll make a bigger name for himself in Sacramento."

The first Portuguese native drafted into the NBA, Queta enters the Sacramento post at a good time, due to the uncertain status of Richaun Holmes and Marvin Bagley. Holmes is scheduled to become an unrestricted free agent Aug. 2, and he's reportedly seeking a four-year, $80-million deal that the Kings might not want to take on.

Bagley has reportedly been on the trade block a year after the 6-foot-11 power forward averaged 14.1 points, 7.4 rebounds and 1.0 assists per game.

In Sacramento, Queta will pair with former Baylor guard Davion Mitchell, whom the Kings drafted with the No. 9 overall pick. Sacramento surprised many with the selection of the 6-foot-1, 202-pound guard who averaged 14.0 points, 5.5 assists, 2.7 rebounds and 1.9 steals and was labeled a "defensive specialist" by many predraft predictors.

Most of those questions revolved around two determinant factors: his size and his age. Mitchell is 22 years old, an Auburn transfer who found success in his second Division I try with the Bears.

"Being a smaller guard, you've got to do a little extra than what the big guys got to do," Mitchell told Sacramento reporters after his pick. "You've got to work a little bit harder. But I love the work; it doesn't bother me."

He's also one of six guards in Sacramento's current rotation, a group that includes De'Aaron Fox and former Utah guard Delon Wright. McNair doesn't envision any problem of the older newcomer cracking the Kings' rotation, either.

"Coming into the league, I can just do what I do best: put pressure on the ball, make their life harder, guard the best players," Mitchell said. "Just being myself, I think we'll be a really good defensive team coming in."

But in Mitchell, the Kings drafted something they also got with Queta: a lot better defensively.

"We're lucky that they're both incredible defenders. We really needed that," McNair said. "That's just how it went tonight. We're super excited for the outcome."

Thursday marked the first time in nearly 40 years the Aggies have had players selected in the draft, since a run of five in a row from 1978 through 1981. That spurt started with power forward Mike Santos, a third-round pick of the Buffalo Braves in the 1978 draft and also included Keith McDonald (1979, Utah Jazz's eighth round), Dean Hunger (1980, Houston Rockets' fourth round), Brian Jackson (1981, Portland Trail Blazers' second round) and Leo Cunningham (1982, Portland Trail Blazers' sixth round).

Merrill's rookie season ended with an NBA championship, the first in 50 years for the Bucks. Could Queta have similar immediate success in the NBA?

If nothing else, he's been well prepared.

Projected as the 76th-best prospect in the draft by ESPN, the rim-protecting Portuguese center shot 56% from the field over the past three seasons and improved his scoring margin by nearly 2.0 points per game every year he was in college, thanks in large part to big jumps in free-throw percentage and assists.

Queta passed on the NBA twice while at Utah State, electing to return to Logan under former head coach Craig Smith, who recently took the head coach job at the University of Utah. Queta's former teammates Rollie Worster and Marco Anthony have been among the transfers to flood the Runnin' Utes' program under Smith, who will try to turn around a flailing program that had stagnated under former coach Larry Krystkowiak.

As for Queta, his next stop has nothing to do with the Utes, or Aggies, or the state of Utah.